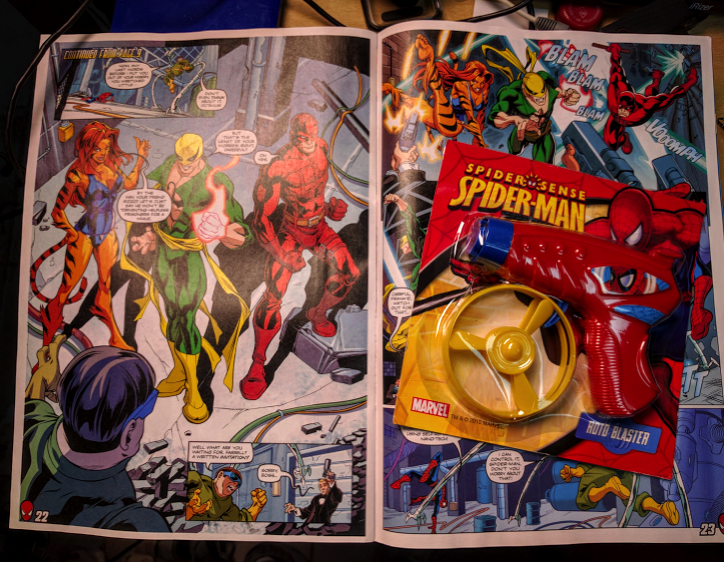 This weekend, the new “Captain America” movie comes out. I feel a bit like a foreigner who’s in the USA on Thanksgiving. All of my friends have been looking forward to this day for weeks, and I’m glad they’re so happy! They all seem to love the movie, which is all that any movie fan can wish for any other movie fan. It’s just not my holiday. I can only experience it from a certain emotional distance.

I thought the first “Avengers” movie was an OK example of an “Summer blockbuster released in early May” movie (which I acknowledge as an actual film genre). It spools out like a gameplay video. That’s not bad. I enjoy watching gameplay videos. It’s all bright colors and flashing lights and action and noises, and it’s as satisfying as a fast-food burger, which is another commercial consumer product that I rather enjoy. Particularly if the corporation was moved to invent a new adjective for “bacony.”

I was a bit dumbfounded by the reaction to “The Avengers,” though. Nobody is wrong when they speak honestly about how a movie or book or TV show made them feel. But I was fascinated by all of the elegiac praise. I certainly didn’t see it as a groundbreaking movie, or something that set a new high bar for story and characterization in the superhero genre. And I actually thought the representation of the Black Widow was sexist, not progressive.

My own reaction was to just sort of put this movie in the same mental box where I’ve filed the “Transformers” series. As with a fast-food burger, I thought “The Avengers” was designed to deliver pleasure while one was consuming it, and be totally forgotten about an hour later.

Again, speaking only personally…I found the movie frustrating. There came a point when “The Avengers” had said “This element is awesomely important!” and then said “Actually, no, forget we even mentioned it” so many times that I did something I can’t remember ever doing inside a movie theater: I completely gave up. There were still about forty minutes left to go and I was sorry that I’d taken my usual seat in the middle of the house. If I’d been in the very back row, I could have woken my phone and taken it out of airplane mode without bothering anybody. I couldn’t have possibly cared less about what was happening on the screen.

I participated in a podcast about the movie with my friends on “The Incomparable” and I had a terrific time. I was surprised at how…horrified?…listeners were by what I said. Two years later, I saw the sequel specifically because longtime friend and fellow print survivor Jason Snell was going to be in Boston during the weekend of the premiere. We had a great time seeing the movie and then talking about it around microphones and pizza at Dan Moren’s house. I didn’t like “Age of Ultron” either, but it did hold my attention, and “…with a group of good friends” ensures that it’ll be a great time at the movies.

I’m deliberately sitting this latest “Avengers” movie out, though. I would have loved being a part of the Incomparable roundtable, but (as a Tweet today reminded me) I got tired of the “Andy hates all Avengers movies and thus hates joy itself meme” a while ago and I’m not eager to renew the license.

I don’t think I’ll enjoy the movie, because I’ve seen the two that came before it and I didn’t like them.

So I’m not gonna go see this new one.

And I’m not going to talk about a movie I haven’t seen.

The logic of these statements seems irrefutable.

It all ties into two important items in the Social Contract:

Ignoring one or the other is a form of selfishness. The dialogue on “Civil War” can be lush and complete without the voice of Andy Ihnatko. As to the second: getting upset about a difference of subjective opinion is a sign of a lack of confidence. Too many people online need to find a reason why an opposing opinion exists and somehow the actual reason (“Someone just as smart and open-minded as I am saw the same thing and didn’t have the same experience”) just won’t do. A creative work is an emotional reaction between the work and the viewer. Change the viewer, and you change the reaction. This isn’t physics, whereupon the rate of acceleration due to gravity is a constant and any answer other than “9.8 meters per second per second” means that this person doesn’t know what they’re talking about.

This is why “So-and-so is just a hater” and “Oh, well, everyone on the Internet just takes some sick pleasure out of criticizing things” are just white noise to my ears. I even wince a little when an actor or a writer whose work I like dismisses online criticism of their work in those terms. Never, ever deny the humanity of another human being. That always leads to tremendous, regrettable mistakes. And reducing someone to just a machine that turns all input into bilious output, instead of  respecting them as a thinking, feeling being who walked into the theater with a unique set of life experiences and expectations, as well as every hope that they would enjoy the movie that they saw, is in violation of that code.

If you go and see “Civil War,” I hope you have a great time.

I’m doing housecleaning this weekend. You’re probably having a better weekend than I am. Just don’t get upset when I close this post by saying I’m having more fun scrubbing floors and scraping down the corners of my countertops than I probably would have had watching another “Avengers” movie.

The latest episode of The Ihnatko Almanac is now online, for your listening and viewing pleasure.

(Please arrange to be looking at something pleasant while listening to the episode, as it’s audio-only.)

This is one of my favorite episodes so far. My BFF John spent the weekend at my house recently and we took the time to talk about the Avengers movie, and comics in general. John’s last name and mine are right next to each other in the alphabet, which meant we were destiny to share homeroom classes together for a crucial six years of our childhoods. We’ve been reading comics and seeing movies together practically since we started reading comics and seeing movies.

I recorded our 90 minute conversation and presenting it as two episodes. I found this conversation just as interesting while I was listening to it in the car as I did when I was actually taking part in it. I’m hoping I can bring John back for another conversation after the new “Batman” movie premieres.

John, incidentally, has an awesome movie blog. For the past three years, he’s been seeing a new movie (to him) every day and posting a review. Check out Honky’s Movie Year and subscribe…it’s one of my favorite blogs on the Internet and I don’t think you need to be his BFF to agree.