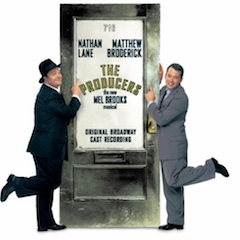 “If you’re going to go to the trouble of walking up to a bell, don’t just tap the bell. Ring the bell.”

That’s the money quote from an interview with Mel Brooks I read a while back. It sort of defines his whole approach to comedy, doesn’t it? There’s never anything subtle or wry about it. A joke in a Mel Brooks production is a big splattery pie in the face. But wouldn’t it be funnier if it were delivered to the crotch instead? Sure, why not.

It’s a sound principle and it’s the reason why cheap jokes can work so well. It’s all about having the guts to go all the way. What if, while the person is all hunched over and cleaning the pie from his trousers, someone kicks him in the ass and sends him flying into a mucky pond?

Or how about he crashes into an open latrine and is covered in crap and pee?

No, no, that’s way too far. A mucky pond. Here we see the difference between Mel Brooks and Mike Myers. Mel Brooks hits the bell hard enough to produce a loud, pure, sustaining tone. Mike Myers hits it so hard he breaks it in half.

(Mmm, no, if this really is a scene in a Mike Myers movie, he hits it so hard that it flies off of its mounting cradle and gets wedged up someone’s butt. Then the character makes clanging noises throughout the rest of the film.)

You certainly understand the “ring the bell” concept when you listen to “Keep It Gay,” which is Mel Brooks at his best. When he adapted “The Producers” as a stage musical he actually improved on the movie. It’s much more consistent and ten times funnier. If a touring production comes through your town, for cripes’ sake, go see it. This number alone justified what I paid for my ticket…and there was still “Springtime For Hitler” to come!

I don’t suppose that this YouTube clip makes the point very well. But I’m so surprised and delighted to see a high school production of The Producers that I cannot fail to embed it:

I feel old. This would not have gone over well at my high school. Not with the administration, certainly not with members of the varsity sports teams. What steps forward our culture has made since then.

In the Broadway production, the song just kept raising the stakes and raising the stakes throughout. By the end, the production has punched the buttons of gay stereotypes so frequently and so hard that they’ve worn the lettering off them. By the time they got around to working out the staging for the last bit of it, someone suggested “Well, hell…at this point, why don’t we just have four of the Village People march across the stage and start dancing?” It must have seemed to Brooks and the rest of the crew like a very small step indeed.

I wonder how the gay community feels about this number. I suppose it’s the same as how folks like me (half-Italian, thankyew) regard “The Godfather.” Yes, it reinforces useless and offensive stereotypes…but it’s just been done so well.

Try or buy “Keep It Gay” from the Amazon MP3 Store. The link is embedded with my Amazon Associates code and anything you buy from Amazon after clicking that link will result in my receiving a small kickback in the form of spendable credits. Not that there’s anything wrong with that.