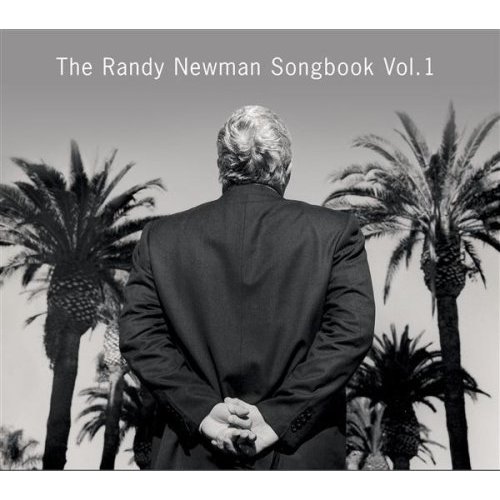 I am in the unusual but by no means unfamiliar position of having to admit that I was wrong, while simultaneously insisting that I was right.

Take this Randy Newman fellow. I didn’t know much about him, but I knew two things about his work:

And that was certainly true for all instances in the class randyNewman_songs_ive_heard. Mostly I’d only heard the songs that he’d written for films. Honestly, I urge you to listen to “You’ve Got A Friend In Me,” “If I Didn’t Have You,” and “I Love To See You Smile” and then tell me I’m wrong.

Warning: Listening to these three songs and then telling me I’m wrong will cause your lying tongue to turn black and fall out of your lying mouth and then for the rest of your life everyone will be able to see instantly that you’re just a lying liar who lies.

Yes, clearly I’m right. It’s three copies of the same song. At the very least, you can staple the start of one onto the middle of another and then tack on the ending from the third — in any order — and you’d still have a single, consistent song.

Is it like a toilet paper jingle? Okay. That’s a judgement call. But I’m absolutely right about the other thing.

But eventually I realized that Randy Newman has written more than three songs in his lifetime. And I knew that my judgment had been premature.

While I’m at it, I should correct something else I may or may not have said or written: It’s not true that every song he writes sounds like he just holds a canned ham in each hand and thuds them down on the keyboard LEFT-right-LEFT-right-LEFT-right until the song’s over.

The management and staff of Andy Ihnatko’s Celestial Waste of Bandwidth regrets the error.

I’ve become a fan. Randy Newman paints these amazing pictures, completing a full scene that’s frozen into a single four minute slice of music. Like one of the better dealies at the art museum, you can stand there taking in the story and seeing additional details and different viewpoints as the minutes tick on by.

“God’s Song” is actually not the first song I selected. The first one was actually too heavy for me, as many Randy Newman songs are. “God’s Song” is a good kind of heavy, the sort of song that puts you in a philosophical mood. The other one was the bad kind of heavy that makes you dab at your eyes and tap the key to shove you along to the next song in the playlist before you get so upset that you have to call in and cancel your dental appointment.

The fact that I think a song about God’s indifference to Mankind’s suffering is “less heavy” should say something about the song I rejected.

Or about Randy Newman’s skills. Great songs affect everyone differently. “God’s Song” represents an inkblot that equally vivid to everybody, but whose personal meaning relies on your individual experiences and perceptions. A quick Google to refresh myself on the lyrics revealed plenty of comments about this song, from Atheists who think it’s a delicious illustration of the absurdity of belief in God, and Believers who think it’s ignorant and blasphemous, and deeply disappointed explorers who searched for “Man Love” with SafeSearch turned on.

I think there’s a human tendency to interpret a vague statement in such a way that it seems to support your point of view. I can definitely tell you that I recognized my own beliefs in the lyrics.

On that basis: this Randy Newman guy is a goddamned genius.

Speaking of genius: I’ve wised up and converted this annual labor of love into a profit-generating exercise. So if you buy this track from Amazon, I get a small cut of the proceeds which will be applied towards Something I Clearly Can Get By Without. Shazam:

If you’re not a genius, really, go ahead and buy it from Amazon anyway. Yes, it’s where all the smart shoppers buy all of their digital music but it’s not like they make you take an exam or anything before they let you in. Remember, if you wind up buying the track from the iTunes Store, they’ll sell it to you at half the bitrate and locked up in DRM and they’ll have a big, big laugh at your expense. It breaks my heart just to think of it.