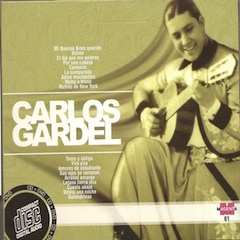 1992’s “Scent Of A Woman” had two positive impacts upon our culture. First, it expanded the vocabulary of any valid Al Pacino impression. To “It was you, Fredo. You’re the one who broke my heart” and “Say hello to my little friend!!!” the movie added the guttural exclamation “WROOOO-hawrrrr!”

It’s simple, punchy, and effective. If you just bark “WROOOO-hawrrrr!” when the room falls silent and it seems as though everybody is looking to you for some sort of reaction to what’s just happened, you’ll at least get a gentlemanly C+ for recognizing the moment and ending the awkwardness.

I’m convinced that lines like these are why every office is filled with Pacino impersonators and Schwarzenegger impersonators, but very few Jack Lemmon impersonators. Everyone knows and loves Lemmon but did he ever get that one, signature line that will autopilot you to 75% of the brand recognition required for a successful impression?

Moreover, is there ever going to be a social situation in which the perfect zinger in response to an offhand remark is “One summer, I was just a kid, we were playing in some divey hotel up in the mountains — we had a vocalist. Everyone in the band was making it with her, except me. I had a crush on her. She could sing ‘These Foolish Things’ and put you right in Paris. Before a number she’d lean over — a blonde girl, eyes, perfume, the whole whiff of her was out of the Lion House — and she’d whisper to me, ‘Light on the brushes…light on the brushes, kid.’ We’d throw our dreams around. How she was going to sing with Dorsey and how I was going to play drums With Goodman.”?

“Scent Of A Woman” also gave Carlos Gardel a boost, via That Tango Scene that everybody remembers:

Of course everyone remembers it. It’s a beautiful moment. This is the job of every great movie scene: it documents the depressing distance between fantasy and reality. Any one of us would love to be on either side of that tango. You’d love to be that sort of dashing figure who can charm someone onto a dance floor by using a gentle, improvised sequence of Exactly The Right Thing To Say At This Exact Moment-s. You’d also — whether you’re a man or a woman — like to be the sort of person whom strangers, without any thought of personal benefit, are compelled to charm.

In the movie, they used a modern instrumental recording of “Por Una Cabeza.” This track here is the original, which Gardel made famous in the Thirties. What a strong, confident baritone. The song itself (composed by Gardel and Alfredo Le Pera) is so strongly identified with the genre that I bet if you walked up to any orchestra conversant in Tango and asked for “that one I heard in that thing” they’d probably strike up “Por Una Cabeza” without any further questions.

Like all songs whose lyrics are in a language I don’t understand, I was cautious before allowing myself to love it. Foreign-language songs can bite you in the butt. There you are, bopping along to a incredibly peppy French pop tune, eventually becoming so familiar with it that you can even sing some of the lyrics in the shower. And one day you learn that it’s about a guy who lights houses on fire and then gratifies himself sexually while watching the conflagration from behind a nearby bush.

Fortunately, the lyrics to “Por Una Cabeza” are quite sweet. A gambler is talking about how he keeps coming close to finding his true love, but in the end he always loses “by a head.” But it’s worth the gamble, so he keeps trying.

I first heard this song sung and performed by a substitute high school Spanish teacher. He was a proud and merry Argentinian who, clearly, had found a life that he really enjoyed. He was a legitimately talented teacher and he always found opportunities to talk about his home country. He played a pretty mean guitar, too.

One day, he told us the story of Carlos Gardel, an Argentinian cultural hero. Gardel had died Buddy Holly-style: young, in a plane crash, and at the very height of his career. During the flight (so my teacher explained), there was an argument between Gardel and another man over a woman. The other man at Gardel, but Gardel ducked and the bullet killed the pilot instead.

Double-oops, actually. I was hugely disappointed to find that the whole story is an urban legend that spread in the Princess Di-style international hysteria that followed Gardel’s death.

To this day, though, I think of that story whenever the subject of TSA security comes up. I’m really not afraid of terrorists. I’m afraid of some idiot getting into an argument on board my flight and doing something impulsive and stupid.

It’s a rational reaction. To my knowledge, I’ve never met a terrorist. But I’ve met lots of idiots on planes, and they’re often sitting just one or two rows away from me. If this woman refuses to stop her seven-year-old-child from standing up in his seat and loudly singing whatever word and note comes into his disease-ridden mind…good God, what else might she be capable of?

Listen to “Por una cabeza” on the Amazon MP3 Store.

As always, this link is embedded with my Amazon Associates code. When you click it, any purchases you make during that session will result in my getting a small kickback in the form of gift credits. I promise to spend them on rank foolishness.