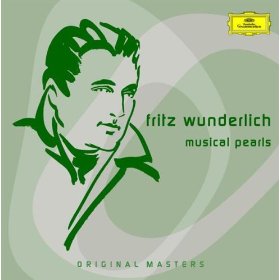 I was surprised and flattered by some of the responses to my Flip Mino HD v. Kodak Zi6 demo videos on Vimeo. In addition to the wrong (wrong wrong so very WRONG) comments that claimed that the Kodak video was superior to the Mino’s, I got a couple of messages from people who said I had a Lovely Singing Voice™.

Well, thank you. I do enjoy singing. But I have a serious case of Tenor Envy.

God saw fit to equip me with what (in a better singer) would be termed a Lush, Full Baritone™. Which is all well and good, but in general, the most awesome rock songs are sung by tenors. Jazz standards are a little better: we’ve got Sinatra and Bennett on our side.

(Okay, okay…also Ike Turner. We don’t like to talk about him. There’s nothing worse than a baritone gone bad, is there?)

We move on to opera, however, and the tenors win, two sets to one. Consider Mozart’s “The Magic Flute.” The Handsome Young Prince™ (you know him better as Tamino) is a tenor part. Bumbling Sidekick™? a baritone. So Papageno the birdcatcher sings about chasing filthy birds all day long and not being able to score with women, while Tamino pours out his soul in devoted longing to the portrait of the woman of his dreams, before setting off to rescue her from the temple priest who kidnapped her.

I’m sorry, I’m sorry. This is why Envy is one of the Seven Deadly Sins™. I shouldn’t burden you with my own petty and ugly disappointments. “Dies Bildnis ist bezaubernd schön” is one hell of an aria, and before he kakked it in 1966, Fritz Wunderlich was one hell of a tenor.

You’re all smart people, so if you haven’t already gotten into opera, you’ll get into it eventually. I didn’t really discover opera until my early thirties. What got me hooked was the discovery that an opera singer’s career is all about the pursuit of mastery. They can’t succeed by starring in a hit musical and then landing a supporting role in a sitcom. Nope, have to work their way through the repertoire, opera after opera, role after role, performance after performance, demonstrating a range and agility not just for the music, but for the acting roles themselves.

This is unlike the way things work in rock or pop. Singers do indeed record covers. They’ve paid for the whole day at the studio and if they want to burn off the last forty minutes by having the Sex Pistols do their best with “My Way,” what’s the harm?

[Roughly 1400 words on the topic of “The harm of the Sex Pistols trying to cover Sinatra,” deleted for space]

In opera, by the time a tenor stands in front of people and sings “Dies Bildnis ist bezaubernd schön” he does so with Intent To Distribute™. You just don’t toss out a line like “An diesen heissen Busen drücken/Und ewig wäre sie dann mein!” without getting all of your paperwork in order.

By the time you develop a reputation like Fritz Wunderlich’s, you’ve really wrestled this tune to the ground and found your answers. The upshot of all this is that 99 cents spent on an opera recording generally delivers the greatest value. Assuming that you want the performers to annoy and stress themselves out as much as possible for your entertainment dollar.

The iTunes Store has it, too. Though I understand that most of their stock comes from Asia and is not covered by US warranties. Apple also rummages through the box and pulls out the charger and the manual and all of the cables and they try to sell them to you separately. All in all, it seems like the smart thing would be to buy it from Amazon, where you’ll get it unlocked and at high bitrate and funnel another few cents into my Amazon Frivolity Fund, doesn’t it?