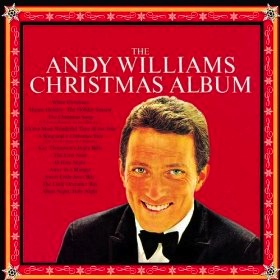 It’s The Most Wonderful Time Of The Year (Album Version)

No Advent Calendar yesterday? Well, of course not. It was Sunday. That’s the Lord’s day.

(I’ll make it up later today.)

Okay. This series is like being  club DJ. You don’t want to hit the crowd with the theme stuff right away. People are still at home, putting another coat of Armor-All on their plastic pants and charging the induction batteries on the subdermal Kraftwerk logo they had implanted in their forehead last month. So you fill the first hour with regular great music.

Then the club has definitely started to fill up. You’re now free to hit ’em with “It’s The Most Wonderful Time Of The Year.”

(If the night’s theme is “KRINGLE JAMS!!!! A Musical Advent Calendar” or somesuch, anyway.)

Yes, ladies and gents, here’s the first explicit Christmas song of the Calendar. Because the other rule of club DJing is that you don’t want your first song to weakly walk up and tap the bell. It should leap forward and RING the bell.

“It’s The Most Wonderful Time Of The Year” is a song that was pretty much designed to be screwed up. Was it Target that used the Johnny Mathis version to introduce and back up all of their holiday commercials a couple of years ago? Or did they contract a tactical orchestra from North Korea to weaponize the basic melody?

Well, there was definitely a Rogue Former Soviet Republic air about it, at minimum. I cringed the first time one of those commercials came on and I changed the channel every time it came on thereafter. Every bar of music was a BLAST! of trumpets and drum fills and the overall effect was like having eight elves pin down your arms and legs while Santa beats you about the head and chest with a toy sack filled with frozen oranges.

(Speaking of Santa: I also remember getting more and more angry with the Santa who wordlessly closed the commercial by winking playfully at the camera. The dude could not WINK. Was it a botox problem or something? Whatever, he’d just sort of smile and bob his head forward a little and squint his eyes shut for a quarter-second. And from far back in the mists of July, when the commercial was shot, you could hear the director screaming “CUT! Okay, you mother*****r!!!! We’re going to do JUST ONE MORE mother******g take, and if you CAN’T do a mother******g wink at the goddamn ******g camera, I AM GOING TO STAPLE YOUR ******G EYE closed and THAT’s how we’re going to get this ******g shot!!!!!! TAKE 72! GO, YOU MOTHER*****R, GO!!!!!!”)

This is a tune with a clear freshness date. It gets recorded once and really, that’s all we need. It’s like having multiple versions of the Chipmunks Song. It’s a perfectly charming tune, performed perfectly well. But it isn’t like “Autumn Leaves,” a part of the Great American Songbook that every great singer must interpret and visit at least once during his or her career.

And I’m not denigrating Andy Williams here. It’s a great song and performance. I grow weary of post-modernism, irony, sarcasm. And alas, sarcasm is the Super Unleaded of blogs. Pick a random hunk of cheese, make fun of it, and complete that last final check before you click “Post.”

This Last Final Check is a careful read-through in which you make sure that it’s clear to your readers that you’re way too cool for a song from an Andy Williams special. They cannot be allowed to learn the truth: that every time you hear this recording in a store or in a commercial or at your grandparents’ house, you’re inexplicably transported back to every wonderful childhood holiday memory in your inventory, and you’re warm and happy for a solid fifteen minutes afterward.

So yes, I own this track and I enjoy this track. Buy it from the Amazon MP3 Store, which much in keeping with the spirit of the season, gives me a small kickback which I barely deserve:

It’s also available on iTunes. In keeping with the spirit of the season, the guy at Apple in charge of iTunes bitterly allows his personal assistant just a single day off to spend Christmas with his wife and his handicapped son, and get furious if he deigns to raise the temperature of his squalid, freezing-cold office by a single degree.