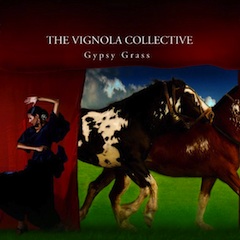 If I were ever being chased, I wouldn’t want to be in the sort of chase where the music
is scored by the same people who did the Chris Nolan “Batman” movies, or the “Bourne” saga, or God forbid the laptop-twiddlers who scored “Saw.”

No. I’d want it to be the kind where music like this is playing. Clearly, the composer would write this to accompany a sequence in which the likable but slightly uptight co-lead is nicely dressed for a semi-formal occasion and he’s being followed, and then pursued, by a big, muddy dog who just wants to jump up on him and cover him with pawprints and doggie kisses.

Or, a Mr. Bean-style rush across town to be on time for a dental appointment or return a library book before incurring late charges.

What I’m getting at is that getting chased in a movie is never fun when the pursuers have guns and big cars with squealy tires and they mean to kill you at worst or, at best, throw you into a dirty canvas sack, dump you off at a secluded warehouse, torture you for information about an operation or organization you know nothing about and then kill you.

“Funky Monkey” is definitely a track that goes well to lines like “Oh, Sebastian! You naughty, naughty doggie! My jacket is ruined now! Hah-ha-hah…stop licking my face, Sebastian! I’m scolding you, here! Ha ha ha!” You could loop it into the soundtrack under sounds like “bzzzzz-AIEEEEE!!!!-thwack-thwack-crack-RGGHHGGHH!!!!-chunk-chunk” but I dare say that the music would make it into a much different movie.

Try or buy “Funky Monkey” on the Amazon MP3 Store. Yup, that link is embedded with my associates code. If I’ve slighted you at some point in the past and you’ve been looking for a passive-aggressive way to get back at me, then you definitely shouldn’t follow that link because any purchases you make immediately afterward will result in my getting some Amazon credits.

Or maybe you should. I tend to spend those credits on silly things, like Gummy Fried Eggs. Them’s completely made out of corn syrup and will pitch me headfirst into an early grave. I’ll be dead and you’ll have an ice-cold alibi.