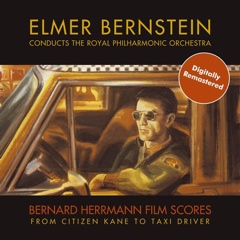 Clearly, I have a big decision to make for Friday. My first two tracks in the Advent Calendar invoke the name of the Dark One right in the title. If I do that a third day in a row — and I do indeed have such a track in the queue — there might be repercussions that would be (1) unpredictable, (2) completely out of my control, and (3) an awesome design for either a mediocre 1981 heavy-metal album or the side of a custom Chevy van.

Well, that’s for tomorrow. For today, we have a lovely movie theme. It’s from the 1941 classic “The Devil And Daniel Webster,” in which Walter Huston plays what was probably the greatest movie Devil until 1980, which was when Peter O’Toole played director Eli Cross in “The Stunt Man.”

Which itself wouldn’t be matched until Jon Lovitz’s nuanced portrayal in 1986:

But I digress. Yes, this is the Devil we love and fear. Not the one who’s all horns and hooves and minions, not the one who stupidly appears during an incredibly ill-advised Spider-Man limited series to implement the dippy whims of the editor-in-chief in the daffiest way possible. This is the Devil who senses that ember of evil lurking inside all of us and then, with the slightest of effort and with the full consent of the damned, brings it out into the air where it can spark and flame.

WANT. It’s not just Internet-age shorthand signifying Strong Approval. It’s also the label on the button on the express elevator to Bad Behavior. Did Huston’s “Mr. Scratch” do anything that was actually evil? Really, all he did is hocus-pocus Jabez Stone into a bit of good fortune early on. The evil stuff that happens afterward is all on Jabez.

(I’m sorry. I must now Google to see if that’s a real name…)

(Okay, it’s one of them Old Testament names. That don’t make it any less weird, though. Folks, I’m not forbidding you to give your kid a Bible-ey kind of name. But please: stick to the Gospels. It gives the kid a fighting chance. A “Luke” never has to spell his name to a hotel receptionist and if he turns away from Christianity he can pretend he was named after the Skywalker, or the Cool Hand.)

“The Devil’s Concerto” is a solo violin piece and it consists of variations on an initial tune: “Pop, Goes The Weasel.” The first time the song is played through, it’s the same familiar melody that caused Curly to explode into a tornado of fist-flying fury.

But the tune gets slightly more demented with each run-through until it’s finally very clear that the man playing this instrument clearly doesn’t have the best interests of the audience in mind. It’s measured, controlled chaos and it must be the most difficult trick for a composer (and a performer) to pull off. To break every rule, to suppress every time-honed instinct, and somehow manage to build a contraption that looks like it can’t possibly fly…but does. Great stuff.

Buy or try “The Devil’s Concerto” from the Amazon MP3 store. If you buy anything, I’ll receive a small kickback in the form of Amazon credits…which I promise to spend on fun and foolish things.