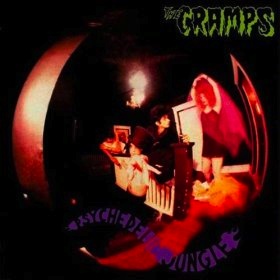 Never was a song so aptly named. Just listen to the sample. This tune crawls along on its belly and eats dirt. And just as your mind boggles that a species as unevolved as this could possibly have survived for the past 150,000 years, it’s made it to the grassline, clamps onto your ankle with razor-sharp teeth, and drags you clawing and screaming back into the swamp. And that’s the last anybody ever saw of you.

That’s to say: this melody is unsophisticated and uncomplicated and the whole works is probably powered by little more than a brainstem and a two-chambered heart. But it gets the job done, dammit.

And as a Big Stupid Male, I can attest that “Primitive” fits in that broad musical genre that has no accepted name but can be summarized as “I don’t care what all of my friends say; I think I look awesome in these sunglasses I got at Target.”

This song goes through your head and suddenly you’re in a scene from one of those movies that Quentin Tarantino used to make before he completely lost his mind. You know, the shot where you’re wearing the sunglasses and everything’s in slow-motion and they’re filming you with a real long lens, so you keep washing in and out of focus and it makes you look all enigmatic and dangerous and endlessly fascinating.

Inevitably, however, Lux Interior’s final howl crossfades out. The opening trills of “Theme From ‘Laverne And Shirley'” crossfade in, and then once again you’re just another dork in white plastic sunglasses. The truth hurts, Skeezix.

Buy it from Amazon MP3 and you’ll get the track at 256K bitrate, utterly untainted by the vile, greasy fingers of DRM. You’ll also set into motion a complex chain of events which will ultimately result in my getting a cool new lens for my DSLR without actually having to pay for it:

…Or, you could buy it from iTunes. True, it’ll be a laughably-low 128K and you can never play it on any hardware or software that doesn’t have an Apple logo on it. But hey, freedom and high-quality audio are overrated don’t you think?