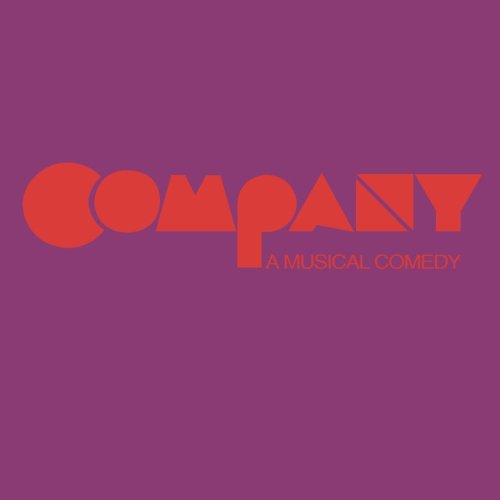 All morning long, I’ve been reading blog posts about everyone’s favorite childhood Sondheim Week memories. I’m sure I had the same reaction as you did:

“It’s that time of year? Again? But the stores have only just taken down their Jerry Herman decorations!”

It seems to come sooner every year, doesn’t it? And the crass commercialization of what was originally meant to be a spiritual reflection of the healing power of musical comedy can turn almost anybody cynical about the whole thing.

But a funny thing happens. You realize that your grumblings about the giant inflatable Hal Prince in front of the drugstore was mostly for show. You didn’t want to let on that the first time you saw the iconic “Follies” posters hanging in the shop windows, you were instantly transported back to that shiny day in second grade when Mandy Patinkin dropped in as a surprise during a school assembly and sang two numbers from “Sunday In The Park With George” and then one from “A Little Night Music” as an encore.

Oh, sure…now you realize that it was just the gym teacher in a Mandy Patinkin costume — a shabby rental version that circulated around all of the schools in the district during the week, at that — but I ask you: does that knowledge diminish the magic of the moment? Or prevent you from wanting to dress up as Mandy Patinkin or Elaine Stritch for your kids some day?

I’m just saying that you never get too old to be affected by the Spirit of Sondheim Week. I’m kind of ashamed to have never celebrated it publicly before now. I hope to make up for it this year by keeping Sondheim Week in my heart the whole week long, just like Greg Evigan promised at the end of that 1988 holiday special that ABC never seems to run any more.

I really wanted to embed a clip from that show. I still get chills every time I see him racing through the now-unfamiliar streets of his hometown, tearing down the omnipresent banners for “Gavin Macleod’s ‘Aqualung: A New Musical'” and desperately calling for the angel who’d granted him his hasty, angry wish that Stephen Sondheim had never been born.

Alas, Sony issues a takedown notice to YouTube three seconds after anyone posts anything from that show. So I’ll link to something else that’s relevant: this clip of a student singing the patter song from “Company” on a BBC television show.

Degree of difficulty: she’s performing in front of Sondheim himself, during a master class televised to all of England, in a venue where Sondheim will interrupt and correct you if you’re doing anything wrong at all.

Did you just have one of those Sympathy Vomits? I sure did.

I love everything about this clip. It’s obviously a terrific performance; not just well-sung, but well-acted. I love the shot of Sondheim leaning out to get a good look at her while she performs. He’s grinning like a composer who knows that his song is being performed right,. His eyes are narrowing like seasoned NASCAR spectator who knows exactly how dangerous this particular race is and is wondering if this next, tricky curve is where she finally buys it.

I also like to imagine her parents watching at home or in the audience. What a wonderful moment for her. I’ve no idea what became of her after this televised master class. Even if her passions led her somewhere other than musical theater, she has this glorious memory of doing something very tricky in front of the one person in the world who can give her a categorial pass/fail. This is like the Marshall McLuhan scene in “Annie Hall,” for real.

I have a new appreciation for this song thanks to Sondheim’s two-volume set of annotated lyrics: “Finishing The Hat” and “Look, I Made A Hat.” Sondheim goes through all of his music, show by show and song by song and his notes focus on the song- and show-making process.

It’s not as though I was blind to the fact that songwriting is work. It’s just that I figured, you know, he just sort of sits down and writes these things. But of course, the artist’s ideal is to reveal the art and obscure all of the technique.

The video gave you the context of “Getting Married Today.” The bride is having a panicky meltdown on her wedding day. Sondheim’s notes in the book break down her breakdown. For example: why do none of the lines rhyme, as the lyrics to Gilbert & Sullivan patter songs do? Because, he explains, her brain is going in a million directions; her thoughts aren’t orderly enough to form rhymes. Sondheim also talks about the need to help out the singer and string together words that can be sung rapid-fire. I feel foolish for thinking that he just wrote the words and left the rest as a problem for the performer.

There’s another thing I like about this song: the role was originated on Broadway by Beth Howland. The name might not be familiar to you. She went on to play the ditzy waitress Vera on the sitcom “Alice.” And if the sitcom “Alice” isn’t familiar to you, you’re probably over the age of forty. It aired from the mid-seventies to the mid-Eighties.

In my personal understanding of the real world, performers like Beth Howland are the closest thing to actual superheroes. I knew her in her secret identity, as a name I kind of could remember from a show I sort of watched when I was a little kid. But later on, I learned that “mild-mannered sitcom supporting actress” was merely her secret identity: in her superpowered guise, she originated a role in a Sondheim musical before she moved to LA and got into TV. To me, that’s as close as I’ll ever get to finding out that this reporter I know at the Sun-Times is actually Superman.

We can refer to this as The Charles Nelson Reilly Effect. On TV, he was far more mild-mannered than Beth Howland. As far as I knew, he was famous because he was on TV, he was on TV because he was a celebrity, and he was a celebrity because the man in the suit who introduced him at the start of “Match Game” said he was. How on earth can a man have starring roles in the original casts of two of the most famous musicals from one of the most famous eras of Broadway history, and that doesn’t come up in the introduction?

That’s like being introduced to “a retired college professor” at a dinner party and then, a week later, the host asks you if you enjoyed spending two hours with Neil Armstrong.

You know how Twitter has “verified accounts” for people who (for whatever reason) satisfy some metric of high-profile-osity? I favor the formation of federal agency to create a “Verified Interesting” designation. Yes, I know…everybody has interesting experiences or stories. But I feel as though someone who has walked on the Moon or who has been directed by Sondheim or was on the original Macintosh hardware team should be issued a laminated card containing this piece of information (in three languages) and ought to be required to present it every time they’re introduced to someone.

To make it worth the hassle, perhaps the card would also be good for a 20% discount on any speed recorded by any member of law enforcement on any interstate highway. So: if you were part of the work crew that restored the Statue of Liberty in 1985, the cops can’t ticket you for doing 75 in a 65 mile per hour zone. Just hand over the card along with your license when the trooper pulls you over, and be prepared to tell at least one good story about what it’s like to rappel down Lady Liberty’s face.

Preview “Getting Married Today” on the Amazon MP3 Store.

Why aren’t I linking to the same track on iTunes, Spotify, or Google Play?

Partly because Amazon is the most ecumenical and simple way to preview a track without linking to a bootleg on YouTube. And mmmostly because I have an Amazon Associates account and if you buy anything at all after clicking on one of these links, I get a small kickback. Which, I assure you, will be spend on foolish things for my personal enjoyment.