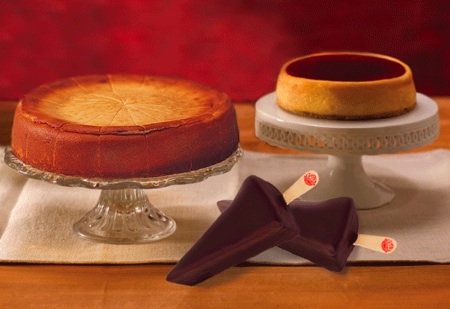 Okay. At this point, I’m really starting to worry that Roger Ebert isn’t going to have 100,000 Twitter followers by the end of the year.

In early October, I was serenely confident that Twitterer #79,797,834 would have more Followers than I by Halloween. I was just as certain that he’d break 100,000 by January 1.

I mean, come on. Ashton Kutcher and Britney Spears each have about 160 as many followers as Ebert. Have they won Pulitzers? If they have, and they declined to accept them, then admittedly that shows a laudable commitment to the creation of art as opposed to the pursuit of glory and maybe they do deserve to sit at the top of the Twitter tree.

I’m inclined to doubt it, though.

Roger Ebert is the Samuel Johnson of our age. Captain of thought, wielder of the sharpest eye and keenest wit, observer of all, sage and insightful commentator on much, sitting in arrogant judgment of nothing and nobody.

It kills me that he doesn’t even have as many followers as Mary-Kate Olsen (87,493). This ain’t right, people.

Pamela Anderson (aka the Ghost of Olsen Twin Future) has 94,643. If you’re somehow OK with her having more Followers than Roger Ebert, you should further know that Karl Rove has 95,154.

I’m certain that Roger doesn’t care that Rove has more followers. Roger Ebert is one of those finer specimens of Humanity. But if Roger gets to 100,000 before Rove does, I’m equally certain that Rove’s big round pink melon will redden with fury and then pop like a balloon, causing the man to disappear behind a snowstorm of shredded 2000 Florida ballots. Do you really need another reason to pitch in and encourage people to follow Roger?

And of course, there’s also the fact that Roger has the one of the highest signal-to-noise ratios on Twitter. There have been days when I retweeted so many of his links and comments that I considered just handing Roger my Twitter password for the next ten hours or something.

If you haven’t clicked any of those links and started Following Roger Ebert, I have no hope that any of the following will sway you. But here goes, nonetheless:

Seriously. 100,000 Followers for Ebert = free cheesecake for Ihnatko. Not one of those Mrs. Dainty models from your grocer’s freezer, either: I’m talking the kind of profound cheesecakes that could kill you if you ate the whole thing and grievously injure you if it fell on top of you.

Yes, there’s a wager involved. I kind of shot off my mouth when Ebert first joined Twitter. I was certain that in no time at all, his account would get BoingBoinged and Farked and Metafiltered. Maybe one of our society’s more useful celebrities would mention Roger’s Twitter potency during an appearance on Letterman.

Hell! Oprah herself would definitely push Roger Ebert’s Twitter account over the 500,000 mark. One day, she’d start her show with a sequence of electronic pips that causes the core software of her viewers to go into Command Acquisition mode. “Join Twitter,” she would then say, not breaking eye contact with the camera lens. “Follow Roger Ebert. Await further instructions.” And then a second sequence of tones would close the channel and she’d welcome the cast of “It’s Complicated” onto the sofa.

Either way, People Would Follow Him. How could the Twitter community fail to put Roger into the top 500? The fuse was lit; the rocket would lance into the heavens.

Thus the wager: in a turn of events eerily similar to the ones which sent Phileas Fogg around the world for 80 days, if either of these predictions are met, I will win a free cheesecake.

I remind all of you that I am a print journalist in a rapidly collapsing market. Further, the winter of 2009-2010 promises to be one of the coldest on record. A free, premium cheesecake will provide me with the fats and calories I’ll need in order to generate and conserve precious body heat and survive into the Spring.

None of this doing it for you?

Let’s try a new tack, then: if Roger Ebert hits 100,000 Followers by January 1, I will write, record, and post an entire audiobook in a 24-hour period.

No joke. I’ll do it. We will choose a day in January. I will write the whole thing from start to finish on Ustream or something so you can see I’m not just digging out an unpublished manuscript from existing inventory and spending the rest of the day eating cheesecake and having a good laugh at your expense. I will write the story, I will record it, and I will post it, all within a 24-hour span of time.

I mean, it’s OK by me. I have a whole day I can devote to writing and recording. What I don’t have is a huge, premium cheesecake or the financial means with which to purchase one. I’d much rather have the cheesecake than the 24 hours. I had hoped to simply allow things to run their natural course, but as I said, there’s now just a week left in the year and it’s entirely possible that Roger won’t get the necessary 10,000 new Followers per day.

Follow Ebert today, Cheesecake and Storytime tomorrow. Revolutions have been founded, fought and won on flimsier slogans. Onward to glory!