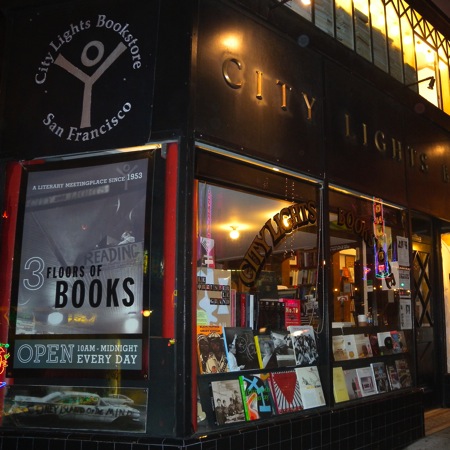 Macworld Expo is now over. I have put myself into Recovery Mode, in which I get to lie perfectly still in my hotel bed without having to stand, run anywhere, speak to anybody, or listen to anybody speaking to me. The past few days have all been wonderful, don’t get me wrong, but after 96 hours of it I’m ready to recant anything negative I might have ever said about staying put and doing nothing.

(I’m trying hard to remember what it might have been. I believe my only complaint about entering a state of total inertia was “I can’t convince anybody to pay me to do it.”)

All week long, two phrases have motivated me to bust out of my hotel room despite my feeling absolutely birched and asking myself “Why am I leaving this bed, again?” If it was the morning, the argument-ending answer was “Because you’re a grownup and it’s your job.” In the evenings, it was “Because after you leave San Francisco and get home, you’ll have limitless opportunities to lie in bed and avoid contact with the Humans. Whereas you only get one or two chances a year to hang out with these friends.”

And so, I spent Saturday evening hanging out with my good pal Dave, whom I’ve known since junior high. And not with my mattress and pillows, which I’d barely been acquainted with since I checked in on Tuesday, but which I desperately wanted to get to know better. They seemed like decent folks with a lot to offer an exhausted journalist.

It was a fine trade: dinner in Chinatown followed by dessert in North Beach, two areas bustling with activity and things to see on a beautiful Saturday night. During the walk back to Dave’s car, we passed by the popular landmark shown above. On this site there once stood a famous bookstore known as “City Lights.” I don’t know when it finally went out of business. Sometime during the Ford Administration, I think. But it’s a fixture on the tourist circuit so the City took control of the property and chose to maintain City Lights’ traditional facade and front windows, and staff it with historical reenactors playing the part of bookstore staff, so that tourists could get a sense of what City Lights must have been like, back in the day.

Yeah, I know. They’re not fooling anybody. But it’s a good show for the out-of-towners.

I kind of enjoy mixing it up with historical reenactors. If you’re ever walking through City Hall Plaza during Boston’s three-day Fourth of July celebration and someone asks “Who is that idiot who keeps shouting ‘Lobsterbacks! Assassins!’ at those folks dressed as a regiment of British soldiers?” the answer is probably “Andy Ihnatko.”

So I stepped up to the “counter” and asked the “clerk” where I’d find books by P.G. Wodehouse.

It wasn’t an off-the-wall question. Sometimes Wodehouse is shelved in Comedy, sometimes in Fiction, and sometimes — most appropriately — his books are found in the Classics department.

The clerk searched the database. Yes, the computer was a historical anachronism for a 1960’s bookstore but I let it pass. Finding nothing in inventory, she called out to a fellow employee.

“Where’s do we keep the Wodehouse?” she asked him.

“No, we just don’t carry him. Paul doesn’t like Wodehouse.”

He’d blown it, of course. That doesn’t happen in real bookstores, does it? The 20th century (19th century, actually) produced no greater or more important novelist than Pelham Grenville Wodehouse. You can argue that point. But do understand that if you’re arguing with anybody whose IQ higher than the square root of itself, then they’re just leading you on. They’re really trying to determine just how deep your intellectual ignorance actually goes, having just realized that this is in fact the only sort of intellectual depth of which you are even capable.

So the idea of any employee of a supposedly literary bookstore not liking Wodehouse is ridiculous. The idea of a bookstore banning Wodehouse instead of celebrating his genius and exploiting his enduring popularity is even less-believable. It’s like when the Confederate colonel at the battle reenactment spurs his rebels onward by shouting “Git ‘er dooooonnne!“

I wasn’t there to make a scene or ruin the illusion for the other out-of-towners. So I merely bade my goodbyes in the fashion customary to the time period during which the actual City Lights Bookstore had been in operation (a foggy “Keep on truckin’!” followed by a quick query as to where one might purchase some cocaine tablets) and took my leave. I bet it was this fellow’s first day.

He was a terrific actor, anyway. For a moment — a moment — I actually believed that this “City Lights” was a real bookstore and that this “Paul” person (presumably Paul Yamazaki, a fictional character described on the “bookstore” site as “Chief Book-Buyer”) actually had chosen to run a bookstore in which the works of P.G. Wodehouse would never be sold.

I know: how silly of me. It’d never happen. It makes much more sense that City Lights isn’t a real bookstore.

I mean, I’m right either way. Either this is indeed a historical reenactment of what the “real” bookstore once looked like…or else City Lights Bookstore cannot in any way whatsoever be seriously thought of as a seller of literature. Tourist destination, sure. But bookstore? No way.