What is it with smartwatch makers going all cheapskate on the bands that they include with their super-expensive watches? I know, I know: people who spend $1500 for any kind of watch are probably happy to spend $2000 for an additional watch made by someone else if they want a leather band.

Or something. Maybe they consider cow leather to be for the riff-raff. “If the hide didn’t come from an extinct animal whose taxidermied form was obtained from the American Museum of Natural History in exchange for underwriting a new wing…well, why even bother?” I’m just speculating.

Also interesting: it runs Android Wear, so it’ll work with all of those apps. But it doesn’t have a heartrate monitor. Perhaps the luxury watch buyer pays someone to exercise for them. I’m not very savvy about that demographic. Do they still commute to their offices in sedan chairs carried by uniformed orphans?

Still, the TAG Connected looks terrific. And while the $1500 price tag is kdjfhsjkdhfkshd-inducing, Engadget is reporting that owners can trade their TAG Connected in for a $1500 credit towards a mechanical TAG Carrera anytime inside of two years.

I’d love to see Apple introduce something similar. Does anybody really believe that these first-generation Apple Watches will still be desirable after two or three years? It’d be nice to be able to apply the value of an old watch towards the purchase of a new one.

The Connected comes with a custom TAG watchface. I think high-end makers ought to release custom watch faces that are compatible with all Android Wear devices. It’s good brand ambassadorship and it highlights the styling and philosophy that defines these companies as luxury brands. People who would never buy a $1500 watch in a million years will enjoy the watch faces. And then, a million and one years later, when they come into some money, maybe they’ll want their first super-nice watch to have that same kind of style language. 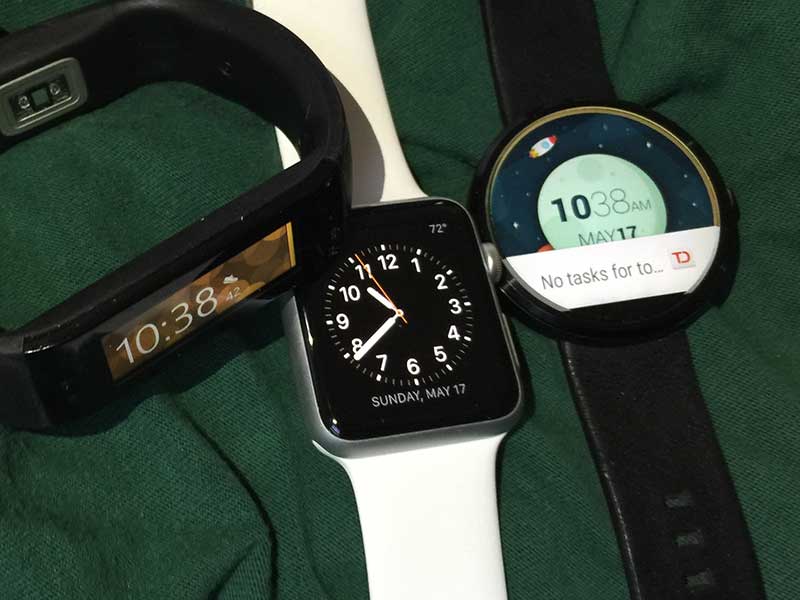 At this point, the Steve Jobs era is far enough in the past that it’s almost dumb to note that Apple under Tim Cook is quite muchly different. Still, I’m a member of the old guard and I’m still adjusting to this weird company that regularly makes its top-tier executives available for interviews.

(Yes, “when the company has something to promote,” but that’s to be expected.)

Here’s another Tim Cook interview, this time with Fast Company. We’ve seen enough interviews that fresh insights are now hard to come by, but it’s still interesting to note that Tim chooses to reiterate certain core values of the company. Viz:

That sort of thing is why Apple’s product line seems cohesive. Apple is tens of thousands of people, but you don’t get hired or promoted into a serious decision-making mode unless your style of thought — not your ideas, but how you build and evaluate ideas — is very much in harmony with Apple’s.

A couple of quotes leaped out at me and I gotta make a couple of comments on them, though:

You look at the watch, and the primary technologies are software and the UI [user interface]. You’re working with a small screen, so you have to invent new ways for input. The inputs that work for a phone, a tablet, or a Mac don’t work as well on a smaller screen. Most of the companies who have done smartwatches haven’t thought that through, so they’re still using pinch-to-zoom and other gestures that we created for the iPhone.

Try to do those on a watch and you quickly find out they don’t work. So out of that thinking come new ideas, like force touch. [On a small screen] you need another dimension of a user interface. So just press a little harder and you bring up another UI that has been hidden. This makes the screen seem larger, in some ways, than it really is.

These are lots of insights that are years in the making, the result of careful, deliberate…try, try, try…improve, improve, improve. Don’t ship something before it’s ready. Have the patience to get it right. And that is exactly what’s happened to us with the watch. We are not the first.

First, I can’t think of any smartwatches that use “pinch to zoom.” Their main competitors today would be Android Wear devices and Pebble, and neither of them use that gesture. If we go broad, it’s also hard to say that they use any gestures created for the iPhone. It’s clickybuttons and touch-button taps, both of which are so straightforward that it seems wrong to associate them with any of the iPhone’s predecessors, even. “Swipe” is an important gesture on Android Wear, but it wasn’t created for the iPhone (although the iPhone was the first device to introduce it to the popular consciousness).

I’d also challenge the description of Apple Watch as “the first modern smartwatch.” That plaque definitely hangs on a wall somewhere at Pebble HQ, and if Pebble gets caught up in some sort of blood doping scandal and is disqualified post-race, then it goes to Motorola for the Moto 360. I don’t consider that quote to be misleading — hey, “pride of ownership” and all that — but it’s something that stood out as Worthy Of Comment.

As for “the first one that matters,” well, that’s certainly credible. Apple Watch can’t be the first smartwatch that matters to individual consumers. I know plenty of people who still wear their Kickstarter-edition Pebbles every day and it sure isn’t because it’s the most fashionable watch they own. And I’ll point out that the Moto 360 hasn’t been off my wrist since September (barring sleep, showering…).

But the Apple Watch is guaranteed to be the first smartwatch to matter to the market. It’s impossible to lock down the number of Android Wear watches that have been sold since they first became available late last year, but it’s clearly well under a million units sold. Apple will probably sell more than that many solely via pre-order, and I bet sales during the first week will be iPad-like in scale.

If you’ve got a prejudice against Apple, it’s easy to ding them for their ability to generate buzz and hype before a product has even proven itself in meatspace. That’s silly. I see their ability to promote their work as part of what makes Apple such a good company. You can end the sentence “What good is a new technology if…” in many ways. Surveyyyy says!

“…nobody can afford it”

“…it’s so complicated it’s not really worth it”

Let’s throw in “Nobody knows about it or cares.” Work needs to be placed in front of an audience. Your novel isn’t doing anybody any good if you threw it in a drawer after you finished writing it. So “ability and desire to promote” shouldn’t be seen as something tacky, or as a distraction from the work itself.

That’s particularly important with a new device such as a smartwatch. Android Wear has sold (probably) just three quarter of a million units, but it’s not because everybody saw it, tried it, and shrugged. It’s almost a secret product. People see the Moto 360 on my wrist and ask “What’s that?” They don’t ask “Oh, is that one of those things I’ve heard about?”

I think all of the attention that Apple is bringing to this whole product category will be good for everyone.