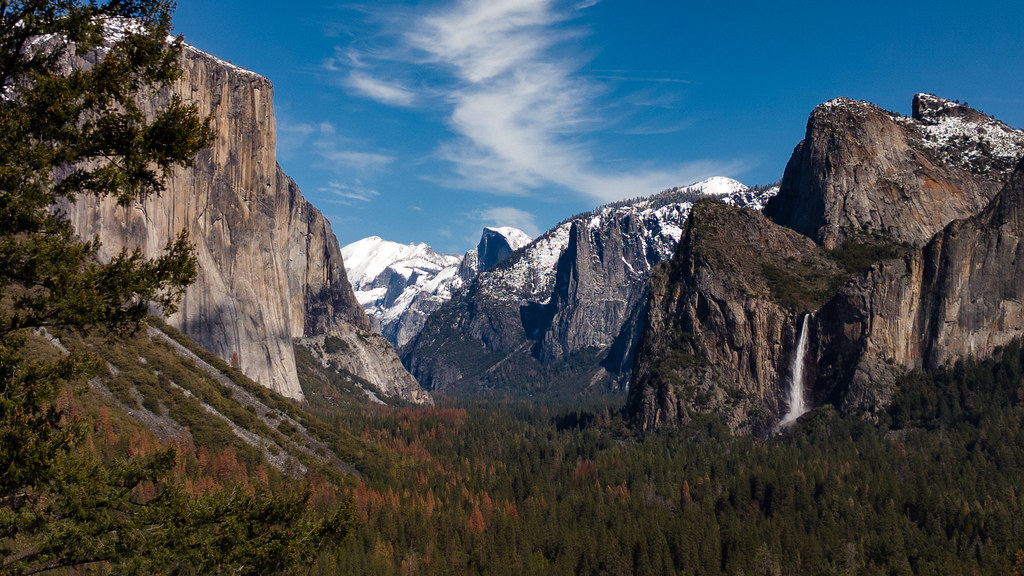 Yosemite is a 2-3 hour drive from Fresno, which is the closest airport. As you’d guess, the roadside views as you near your destination become spectacular.

I’d been here once before. I saw someone who couldn’t take it any more and stopped his car in a sort of dangerous spot so he could get out and get a photo. I could only laugh, imagining his reaction when he got back on the road, entered the Wawona Tunnel, and exited to THIS. Which, God bless the Park Service, is a safe, nicely-kitted-out rest area.

Photo notes: this was taken with a phone. A damn phone! I’ve been giving Lightroom Mobile a workout over the past few weeks, and using its built-in camera function whenever I’m taking a photo that might be described as "arty." The photo is shot as a .DNG RAW file (which captures full image sensor data) and it lands in Lightroom’s library without my having to import anything,

I made a bunch of tweaks, of course, but gehosaphat! That’s a terrific photo. I shot the same picture with three other cameras but I doubt that even the E-M1 would have done a better job.

It’s worth pointing out that it’s tough to stand in that place, at that time of day, in that weather, and not get a great photo. Nonetheless, I marvel at the fact that this was taken with a mid-priced phone.