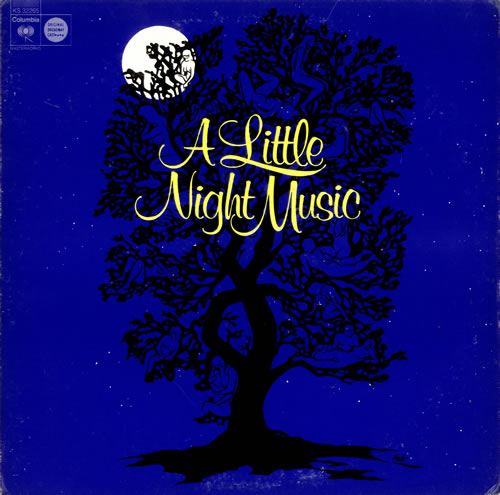 Send In The Clowns

I’m practically going to have to insist that you say — right out loud, and in a goopy voice — “Ladies and gentlemen…Welsh singing superstar Mister Tom JONES!” before you click the “play” button on this video:

You can go ahead and play this next one without any sort of buildup:

And sure, why not: here’s another version of “Send In The Clowns”:

I’m starting this one off with three videos because it’ll save us both a lot of time. By now, I’m sure you understand why, as a kid, this song inspired a display of eye-rolling that even a panel of contemporary teenage judges would have described as “excessive.”

Could you blame me? And can I blame you if you consider “Send In The Clowns” to be hopelessly cheesy and schmaltzy? Most of the performances we all get to see fell into one of these three categories:

Remember, when I was a tiny tot, TV variety shows were still all the rage and “Send In The Clowns” was a legitimate hit song. I saw this song performed on TV a lot.

As I mentioned yesterday, I didn’t become a real Sondheim fan until I became an adult. I’ve already described my first obstacle: instead of listening to actual Sondheim, I was basing my opinion on what I thought Sondheim music was like.

My second obstacle to appreciating his work was the lack of context.

Many musicals are collections of tunes that happen to suit the moods of various scenes throughout a story. There’s absolutely nothing wrong with a song like that. It means that you can sing “Brotherhood Of Man” from “How To Succeed In Business Without Really Trying” and enjoy it as-is. You don’t even need to wonder if the sentiment being expressed in the song is meant to be taken sincerely or sarcastically.

Sondheim musicals are meant to exist in the air and gravity of their specific home planets. A pretty song is a pretty song no matter how you experience it. But when you hear one of Sondheim’s tunes as it was intended, with forty minutes of story and song in front of it and an act break and another hour of story and song after it, you get to experience its full impact and can appreciate its true purpose.

Outside of its rightful place in Act Two of “A Little Night Music,” “Send In The Clowns” is hard to parse. The sentimental nature of the lyrics and the musing tones come straight through. Fine, but what’s the cause? If these are the words of a teenager who’s been dumped after a second date, the sentiment is thin and drippy and overly-theatrical.

Is he or she singing it alone in a room? Is this an interior monologue? If so, it’s rather self-pitying, isn’t it?

It can easily be played for cheap, simple emotional manipulation…either on the part of the performer looking for love and approval from a live audience, or a character who just wants the world to know how how much they’re hurting, and is speaking out of a selfish desire for sympathy instead of a desire to express feelings sincerely and come closer to a larger awareness.

“Send In The Clowns” is sung by Desiree, an actress whose success, fame, and glamor are distinctly on the wane. She sings it to Fredrik, an attorney. The two were lovers fourteen years ago. When her touring company performed in a theater near his home, they got together and reminisced about the old days. The two made love and considered getting back together, despite Fredrik’s wife and Desiree’s current lover (himself married).

This is the song that comes after Fredrik has told Desiree, with regret, that he’s too smitten with his teenaged wife to leave her for Desiree. He knows (I think) that he’s making a lame explanation but even so, he’s not leaving his wife.

The context transforms the song. They’re inside Desiree’s bedroom. The door is shut. This is a moment of intense emotional intimacy and the words that they exchange are for each other and each other alone.

She’s not moaning, she’s not pitying herself, she’s not trying to pull on anyone’s heartstrings, she isn’t even trying to get Fredrik to reconsider. She’s being honest about her reaction to the way their second affair has ended, in language that only he and she can appreciate, using the only opportunity she will ever have to be open with another human being about these thoughts. And she’s using theater analogies because she’s a woman who’s worked on the stage for two decades. This is just the way that her thoughts are expressing themselves.

So: no disrespect to Tom Jones (hell of a strong baritone) or The Muppets (to whom we all owe a debt that can only be repaid by passing the “Mahna Mahna” song along to succeeding generations until the heat death of the universe). But they couldn’t have possibly done “Send In The Clowns” justice.

Like most Sondheim songs, “Send In The Clowns” has an intrinsic beauty and dignity when it stands as a lone tree. But if you want to appreciate it in full, you need to feel the grass around it and hear the river behind it and sense the dappling shadows of the other trees surrounding it.

Did you notice the simplicity of this tune? According to ““Finishing The Hat”” it was written specifically for the actress playing Desiree in the original production. This role was written with a late-middle-aged actress with a talent for light comedy in mind. Sondheim knew that the chances of finding such an actress who could also sing was a longshot, so he didn’t write a solo for Desiree.

When he discovered that the actress they’d cast actually had a good voice (“small but silvery, musically and smokily pure”), and the director decided that, dramatically, this scene should belong to Desiree and not Fredrik as originally intended, Sondheim wrote this song to use the strengths of Glynis John’s voice. The smoky tone of her voice made it difficult for her to sustain a note for very long; thus, he wrote this song as a series of short phrases.

I eat details like that up. The idea of the artist flying free and unfettered is almost purely a romantic notion. More often than not, creators need to work their muscles against resistance, such as space limits or the fact that Papageno is a little bit tone-deaf and needs to hear the phrase he’s about to sing before he’s called upon to sing it, or the need to move a scene from a garden to a parlor because they can’t afford to shoot anything outdoors. Or, the creator needs to dial back a “brilliant” innovation because the audience just isn’t getting it.

The personal life lesson I take away from “Send In The Clowns” one is that I often tell myself I don’t like something and move on, without exploring why I don’t like it. I bet I miss out on a lot of great stuff for that reason. I still need to protect myself from bad versions of “Send In The Clowns” as seriously as a parent would protect an infant from werevampires, but I’m sorry that I shooed away awareness of Good Versions of this song for most of my adult life.

Preview “Send In The Clowns” on the Amazon MP3 Store.

All right, I’m aware that after encouraging you to hear a Sondheim tune within its original context, I’m actually contradicting myself by encouraging you to sample this one song. Go ahead and buy the whole Broadway cast album of “A Little Night Music.”

In my defense, I’m posting this link out of selfish interests. Anything you buy on Amazon after clicking this link results in my receiving a small kickback in the form of Amazon store credits. “You know what would really tie this kitchen together? A xylophone.” I will think one morning. And before any sensible part of my brain can have any voice in the decision, I’ll go right ahead and one-click such a thing…all thanks to your clicking these links.