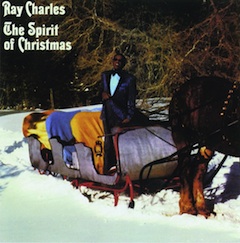 That Spirit of Christmas

The Spirit of Christmas

How many Christmas songs can there be, do you reckon?

And I’m not throwing my hands in the air and whining that there are too damn many of them. I’m saying that there seems to be a fixed number of Christmas songs that we’re willing to accept, in the same sense that in baseball, you’re limited to a 25-man active roster and a 40 man expanded roster. And whenever there’s a hot new left-hander whom you want to bring up from the minors, you’re forced to send a broken-down left fielder back to Indiana to work at his cousin’s Volkswagen dealership or perhaps testify at some kind of hearing.

Is it…fifty songs? Whatever. There’s definitely a ceiling to it. It’s not as though every year, we become aware of more and more Christmas songs. “The Hanukkah Song” explodes and from that point on, some old standard that was scrabbling for survival gets dropped from our consciousness, never to return. All I can say is that it’s a good system. I don’t think anyone would deny that when “Rudolph, The Red-Nosed Reindeer” finally pushed “Stuff An A-Bomb In Hitler’s Stocking, That Nasty Nazi Rat” off into oblivion in 1949, it was a long time coming and a positive step forward in healing the wounds of war.

What are the chances of a song like “The Spirit Of Christmas” becoming a Holiday standard? It’s forced to knock timidly on the back door and hope that this is the year when we’re all finally sick of “Grandma Got Run Over By A Reindeer.” I think I heard it twenty times before I actually bought it. I bet you’ve heard it, too. I think it’s even possible that you’ll be able to place it, once you hear the sample.

Yes, it’s from the “National Lampoon’s Christmas Vacation” soundtrack. You hear a snippet of it while Clark is trapped in the attic, and is watching 30-year-old home movies. It’s a lovely, (mostly) secular tune that underscores the basic concept that whether you’re a Christian or not, it’s nice that there’s this spot on the calendar during which people are at least supposed to try not to act so much like d***s.

And it’s from Ray Charles. He’s like Johnny Cash in that his performance makes any song hard to date. What a sneaky tactic. This song is good enough to displace any of the lesser tunes on the Christmas Roster. I bet the composers were hoping that everyone would just assume that it was already a classic.

I’m willing to forgive. It’s quite a solid tune.

I’m curious about when it was written, though. The first name on the list of contributing songwriters is Mable John, who has a decades-spanning history with Ray Charles (as a Raelette and then as the director of these same Raelettes). Was it written especially for Ray Charles, maybe? It sure sounds like it. There are a handful of other versions of “The Spirit Of Christmas” rolling around but none of them truly distinguish themselves.

It’s a great tune for the “cooldown” phase of the holiday. Its tone is a little too solemn to be heard over the din of a Christmas party or the unwrapping of presents, but it’s still not the best choice for the “C’mon Everyone…Let’s Take A Moment To Be, You Know, Kind Of Solemn And Stuff, Okay?” part of the proceedings. But it’s the perfect thing to send to the AirPlay speakers in the living room while you contemplate a room full of torn wrapping paper and decide to have another gingerbread donut instead of cleaning it up right away.

Listen to “That Spirit Of Christmas” on Amazon MP3.

Sing it with me: “As always, the above link is embedded with my Amazon Associates code. All purchases you make after clicking it will result in Amazon sending me a small kickback in the form of Amazon Gift Credits. Which, I assure you, will be spent foolishly.”