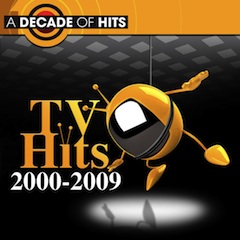 Theme from Shaun the Sheep: Life’s a Treat

(In no particular order.)

Here I am, in my office. Which is also my home, which means it’s a petri dish for distractions, resting inside an incubator of lost productivity. With multiple computers, a bed, a sofa, a fridge, and every book and movie I own all within a short radius of my Swivel Chair of Journalistic Might, it was a miracle that I ever got anything done even before that particular service and that specific device entered the mix.

Now, Netflix is willing and able to send me just about any movie or TV show I want, mere seconds after it occurs to me that I’d like to see it. And the Roku is ready and waiting to pipe it directly onto the big HDTV in front of the soft, cozy couch. What can I say. Something’s gotta give, dear editors, and I’m sorry to say that it’s the work that I agreed to give you today.

Case in point: my fairly recent discovery of “Shaun the Sheep.” Those of you with exquisite taste will recognize the name. Shaun is the lamb that Wallace and Gromit rescued from their carelessly-efficient automated shearing and knitting machine in 1995’s Oscar-winning animated short, “A Close Shave.” The guys manage to pull him out of there in the nick of time, but not before multiple nicks of skin: the machine shaved him all the way down to the sheepskin.

The first time I saw “A Close Shave,” it was in a theater with a full audience. It was the kind of joke that passes under the radar at first, but which results in a burst of laughter 1.8 seconds later.

Who knows how I learned that Aardman had spun Shaun off into his own series of TV shorts for the BBC? But I soon went from watching the teaser clips on the official website to finding the (inevitable) full-episode bootlegs that have been posted here and there…

(I’m embedding this one only because I’m so awesomely totally completely sure that it’s so completely and totally awesomely a 100% legal post, as far as I know.)

(And if I’m mistaken about that, which I’m not, I can only apologize for the behavior of Becca, my office assistant, who found this video and assured me it was legal and who will be sacked for having made such a terrible, terrible mistake. So if it’s actually illegal, go ahead and tell me about that right away, because she will be fired and she will lose her health coverage despite the fact that her kid was finally scheduled to get his ear reattached next week. I want you to promise me that none of that will stop you from telling me about it if this video violates an Aardman copyright.)

…and from there, I discovered that Netflix has 13 episodes of “Shaun the Sheep” available for instant viewing.

That’s where the rest of my day went.

How have Aardman toons remained so consistently funny? I cringed a little when I first heard about the spinoff. Surely they were pushing their luck. Part of what makes “Wallace and Gromit” wonderful is the fact that we get these epic little movies only once every few years. Was there really Franchise Potential in this bit character?

Oh, boy…yes. Shaun’s farm is a well-planned-out ecosystem for situational comedy. The writers’ first Brilliant Stroke was to play by the same rules that apply to W&G’s world. Shaun and the other animals on the farm are animals. The sheep have sheep roles to play; the pigs play pigs; Bitzer the sheepdog is a dog. They don’t talk and they don’t walk around in human clothes.

(Except for that time when the sheep and Bitzer figured out that they could probably get a huge takeout order from the local pizza place if they could throw together a somewhat convincing Human costume and then present themselves at the counter for the pickup. Hilarity most assuredly ensued.)

I marvel at the craftsmanship of the both the animation and the writing. I wonder just how intricately this show’s world was mapped out beforehand. Or did it all evolve organically as the team worked out story ideas? Shaun’s farm is a rich field for storytelling and as near as I can make out, that’s because of its various factions’ multiple zones of conflict and opportunities for collaboration:

What I’m getting at is that I love how the writers have set up a closed, dynamic system in which the roles are never completely fixed. In one story, it’s Shaun and the flock teaming up to put one past Bitzer. In another, it’s Shaun and Bitzer teaming up to prevent the flock from running so far amok that a problem gets completely out of hand and their collective home is placed in jeopardy. Sometimes — as with the pursuit of takeout pizza — Shaun, the flock, and Bitzer are all working together towards a shared goal: get pizza for everybody, without the Farmer finding out about it.

There’s a lesson here for anybody interested in telling a good story. Separating your cast into “good guys” and “bad guys” is an amateur approach. Your real goal is to see them as individuals with distinct goals. In any group, there are going to be those whose goals support each other and those who are going to be in conflict. The story flows from there.

Damn, I would have made a terrific associate professor. That sounds like sharp, shrewd analysis of a literary construct, while explaining nothing and failing to enhance the reader’s enjoyment of the subject the least tiniest bit. This paper would definitely gotten published and I’d be one step closer to a state of professorial bliss known as “tenure,” a Latin word that roughly translates to “Everybody below my pay grade can just kiss my ***.”

Suffice to say: It’s a funny cartoon. It has animals in it and they do lots of funny stuff. You ought to watch it.

It also has a fab theme song. On top of its melodic strengths and overall catchiness the singer has a recognizable accent that I can cartoonishly emulate, and escalate, in the privacy and solitude of my office. It’s not The Proclaimers singing “500 Miles,” but it’ll do.

Yeah, maybe I shouldn’t be blaming Netflix and Roku. It would appear that I can distract myself from legitimate, prosperous work using as little as one chopstick and a twist-tie from a loaf of bread. I’m like the MacGyver of productivity demolition. I suppose that’s something.

Listen to the Theme From Shaun The Sheep (“Life’s A Treat”) on Amazon MP3.

After spending about a thousand words complaining about how good I am at surrounding myself with distractions, I suppose I shouldn’t encourage you to provide me with more of them. Nonetheless, the above link is tagged with my Amazon Associates code, and that after you click it everything you buy on Amazon will result in my getting a small kickback from every purchase (in the form of Amazon gift credits). Which I’ll spend on more Bright, Shiny Objects.

Well, you’ll know what to do.

(Hey, if I made a fortune with these credits, it’s not inconceivable that I’d use them to buy three electric scooters and a good camcorder. I could destroy one of them in a “Will It Blend?” sort of thing, total the second one trying to replicate a stunt I saw on a “Jackass” marathon on MTV2, post the two videos to YouTube, and still have a third one left to zip around town on. Not that this should influence your decision-making in any way, of course.)