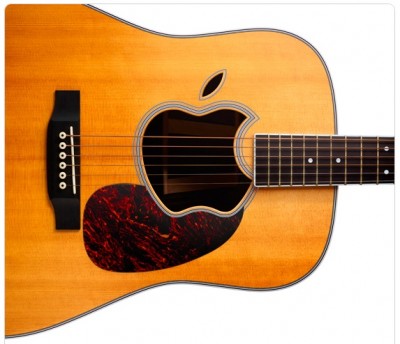 The artwork from next week's Apple event invitation.

Sometimes, it just doesn’t pay to check your email!

Not 24 hours after I was on MacBreak saying “If Apple were to hold a special event to show off the holiday-season iPods and stuff, we wouldn’t get more than a week’s notice”…I got an invite to an Apple event being held in San Francisco a week from today. Behold the artwork, which surely will be scrutinized as carefully as Obama’s birth certificate, and with the same sort of wild-arsed conclusions.

My week just got more interesting.

I’m scheduled to talk at the Chicago Apple User Group that night. San Francisco to Chicago in one afternoon is a bit of a bumpy commute and it’s probably a bit much to ask all of its members to just sort of fly out to California and hold the meeting at a food court near the event site.

And I don’t even have the freedom to think up a Cunning Plan…the Kindle 3 arrived this morning and I’m crunching to finish a review that can run in the Sun-Times tomorrow.

You know, what’s the harm in just asking the user group to fly out to San Francisco? It’s a lovely city. I’m sure they’d really enjoy it. Maybe I’m just worrying over nothing, here…