Either way, this is a great story that illustrates what journalism is like here in the jetboot age. A few hours ago, Engadget posted pictures of…well, something curious. It appears to be an iPhone of a design nobody’s ever seen before.

The thready story accompanying these photos claims that it was found in a bar in San Jose inside an iPhone 3G case. Supposedly it booted up at some point in this little opera but it’s now dark.

Well, there are two possible explanations for why nobody’s ever seen this kind of iPhone before.

Possibility A: It’s either an engineering sample or an actual production sample of a future iPhone…possibly the model that everybody’s expecting Apple to announce this summer. Someone was lucky enough to have their hands on one and was stupid enough to lose it in a bar.

Possibility B: It’s a Chinese counterfeit. It looks enough like an iPhone to pass, but like heavily-accented English, it really looks nothing like the proper original.

I have to get behind the second theory. I can’t believe that anyone this close to the development cycle would be this careless with an unannounced iPhone. I can’t believe that Apple would even let one of these outside of the building. I could believe that someone was able to sneak a photo of such a beast and get it out of the campus. But I can’t believe that such a phone would be completely naked of any sort of paper labels or other tags to identify precisely who would need to be drawn, quartered, and forced to use a Palm Pre for the rest of their lives as punishment for such a breach. I’ve seen plenty of sample hardware months before its release and whether it was a phone, a notebook, or an ebook reader it never looks 100% like a consumer-ready product. Even if the physical design has been finalized, there’s always some sort of paper label or hard engraving somewhere to make it clear that this thing didn’t come from no Best Buy.

And does this even look like an Apple product? Every Apple mobile device — from MacBooks to iPods, with iPhones and iPads in between — belongs to the same style family. To borrow a phrase you sometimes hear from patient art dealers on “Antiques Roadshow” when presented with a $5 thrift-shop Jackson Pollock: either the artist in question used a style, an eye, and materials that he’d never used before in any of his dozens of well-documented works…or else this is a knockoff.

But the big source of my doubt comes from my trip to China last summer. I had only wanted to bring home one specific souvenir: a counterfeit iPhone. I knew that China was the cradle of brilliant forgeries and I managed to pick up something brilliant. 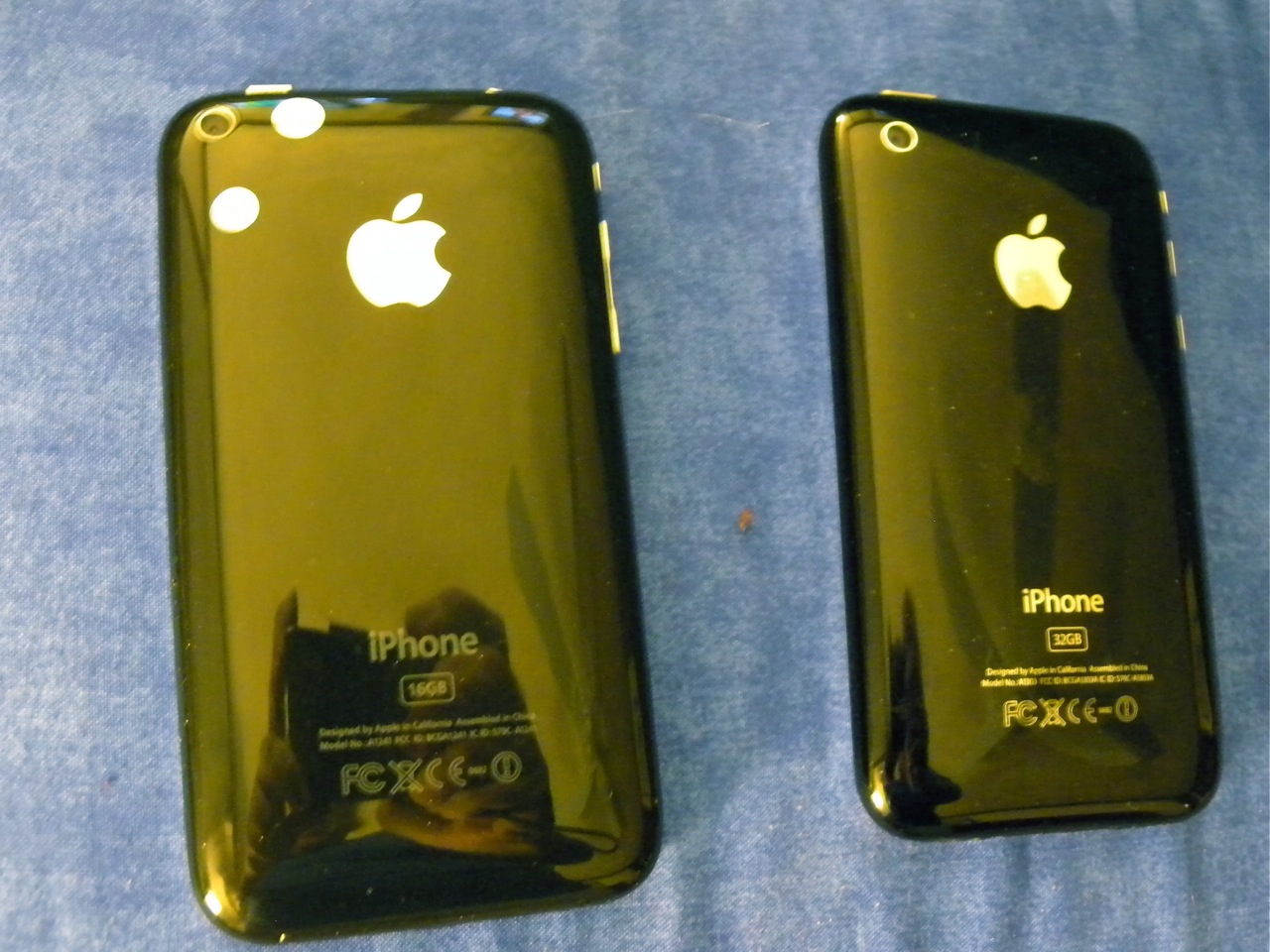 I can point out that the counterfeit is ballsy enough to reproduce the Apple logo and all of the FCC boilerplate you’d find on a real iPhone…so the similar boilerplate on the Engadget phone means nothing.

But it was the experience of shopping for this thing that makes me think this phone is a fake rather than something more exciting. It just looks very, very familiar.

I met two new friends — expats who’d been living in the city for years — who knew precisely where to go and who had the language skills necessary for the negotiations. A fifteen-minute cab ride from my hotel near the Forbidden City took us to the Ladies’ Market; a discreet sign pointed us to a door that led to a vast room that looked like a big permanent flea market.

Name a phone and you could find a counterfeit for sale there. And iPhones were everywhere. Some of them were absolutely perfect. You could even turn it on and get fairly deep into the user interface before your “iPhone” got all open-sourcey on you. It was certainly good enough to fool someone who wasn’t at all experienced with the genuine article.

Many of the phones I saw weren’t nearly as good as the one I eventually bought. It was Heavily Accented Apple. The logo was right, the buttons were right…but it was a flip phone, complete with a very cool MacBook-style illuminated Apple logo. Or the Home button was squared instead of round. Or the back was flat instead of rounded.

I didn’t see anything quite like the “iPhone” that Engadget is showing off. But it looks like the kind of thing I saw there in Beijing.

Toss a genuine iPhone onto the desk of a Chinese electronics manufacturer and say “Build me one of these.” He’ll be thoroughly unimpressed by the sexy curves and buttons. “This would be cheaper to make if it was flat,” he’d say. “And I have some stock switches that won’t require any custom case tooling.” With an eye on the bottom line, plans would move ahead to make something that’s 90% an iPhone, at just 20% of the cost.

That said…well, who the hell knows? Maybe this really is the next iPhone. But I think it’s more likely that the man who lost this “iPhone” might have been Major William Martin of the Royal Marines and not anyone associated with Apple.