Greetings from the Conference On World Affairs in Boulder, where I’ll be holed up all week.

But I wish I were free on Thursday. I just got an invite for a special event on the Apple campus on Thursday. Topic: the future of the iPhone OS. Image: the long shadow of a number “4.”

No way in hell thAt I can make it but I’ll be watching closely. We’ve all known that iPhone OS 4.0 was coming in the near future, I assumed that Apple would show it off during the Worldwide Developers Conference in the summer.

The timing here is interesting. There are two upsides to demoing 4.0 this early:

1) It can put a halo around the iPad. As far as i can tell, reviewers and the public have dinged the iPad over one serious issue: multitasking. That’s rumored to be a feature of 4.0. If Apple is in a position to commit to a date when that limitation will be eliminated, it’ll move a lot of people forward from the “maybe” pile.

2) Apple usually shows off new iPhones in the summer. If these phones are going to ship with 4.0, and the new os delivers a bunch of new, basic features (like, say, multitasking) then they’ll need to get the new tools in the developers’ hands ASAP. Showing their cards to consumers allows Apple to release all of 4.0’s information, tools, and training materials to the developer community and hit the ground running.

One question that’s uniquely relevant to the iPad: will an os update that adds new features to the iPad be a free download? Or will it be an App Store purchase?

[EDITED: Yes, the next os update for the ipad will be free. Thanks for the reminder, folks.]

New features for the iPod Touch typically come at a nominal price. Apple says it’s due to the sort of complicated bookkeeping that makes sense to people who are about 72% silicon; if they add value to product still in inventory, then that inventory becomes more valuable, and then Apple needs to…somethingsomethingsomething. They sidestep this issue by making the “new features” a separate product.

(Please don’t ask me why this doesn’t apply to the iPhone, which gets it’s updates for free. I’m in Boulder. It’s a mile up. There’s like nine oxygen molecules floating around and everybody has to share them.)

So IF there’s an iPad OS update, AND it adds something hugely useful like multitasking, AND it costs twenty bucks…how will folks react? Will they feel validated they they own a vibrant and flourishing platform where the hits just keep on coming? Or will they feel as though they’re being nickel and dimes just three months after making such a major purchase?

Screw it. If I can listen to Pandora while I work, I’ll be the happiest boy in all of Puppetland. 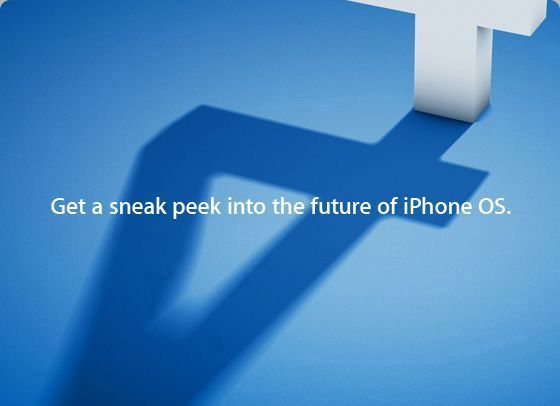