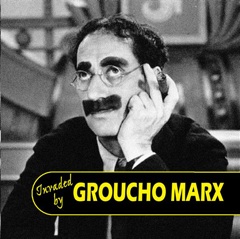 If I had kids, there are some basic skills that I’d need to teach them. Whistling, for instance. I can’t fathom how a human being can make it to adulthood without learning how to whiste. The kid will be grateful that I taught him or her to juggle, too. So long as you have three objects, you’ll never be broke or bored if you know how to juggle.

And I’d teach my kid all of the words to “Lydia, The Tattooed Lady.” The song comes in handy when you need to amuse yourself and (a) you can’t find three objects, or (b) you are in a tricky spot where juggling might cause you to lose your balance and fall from a great height, or (c) you are in one of those situations where juggling is even more socially frowned-upon than usual.

(For instance, the cardinal rule of wedding etiquette is “it’s her day.” If the desire of the Bride is for there not to be multicolored balls, clubs and rings sailing through the air while she reads a page from “Twilight” to her imminent-future husband, then so be it. It’s a damned shame, I know. Weddings are deathly dull and Catholic churches have those epic high ceilings. But what can you do? It’s an imperfect world.)

Seriously. Learn the words to “Lydia.” Brush up on your Groucho impression, too. The only way to screw up this song is to take it seriously (and here I’m casting a judgmental eye on several notable cabaret performers with their own peculiar, overly-polished versions in the Amazon MP3 Store).

It’s one of my standard “washing the dishes” songs. When appropriate, it’s also what I tend to hum in lieu of yelling “Oh, for f***’s sake, lady! You picked the Holiday mailing rush, during lunch hour, to apply for a passport? And you’re doing it at a post office with only one window?!?”

Yes, dear reader, your mood can’t help but soften the moment you hum

It’s also a great little ditty to have standing by if you’re ever pressed upon to speak extemporaneously on any subject.

“Actually, it’s interesting that the subject of the transition from C++ to Objective-C to Python-derived languages should come up right now,” the panel moderator says. “I notice that Andy Ihnatko, the noted tech journalist, has just taken a seat in the audience. Andy, would you mind stepping up to the podium and saying a few words?”

“I would enjoy nothing more.”

I would approach the microphone, take a sip of water, and begin to speak.

“She was the most glooooooorious creature, under the sun! Guiess! Dubarry! Garbo! Rolllllled into one! Ohhh, Lydia! Oh, Lydia…”

I’m confident that nobody in that 400-seat auditorium would feel as though I’d wasted 2 minutes and 42 seconds of their time. Particularly because I would encourage them to join in on the “La-la-laaaaa, la-la-laaaaa”s. And join in they most certainly would.

I’m linking to an unusual version. Not to worry: it’s not 17 minutes of Groucho Marx singing. It’s an entire episode of Bing Crosby’s Philco-sponsored radio show, recorded not too long after the war (hence the Hitler line). “Lydia” appears about five minutes in. Groucho is accompanied by Bing himself, who’s too smart to take any of the main lyrics. Instead, you’ve got one of the most gifted vocalists of the 20th century providing the “La-La-Laaaa”‘s.

It’s also the highest-quality recording available on either Amazon or iTunes. Other versions of “Lydia” on iTunes and Amazon even appear to be a clip from this exact show, but they’re several generations of duplication removed from the original. Pfeh.

No doubt you’ll want to take advantage of the unlocked MP3 format to make a copy of the track and then snip out everything that comes before and after “Lydia.” But you’ll also want the extra 14 minutes of entertainment. There’s lots of classic (usually meaning “pleasantly corny”) comedy and you’ll also be treated to a song by Dorothy Shay, aka “The Hillbilly Of Park Avenue.” I can’t pretend that I knew who she was before I heard her on this track. But I now must love her forever. She sings a song that includes the line “Grandma, poor Grandma! Why’d they have to shoot poor Grandma?”