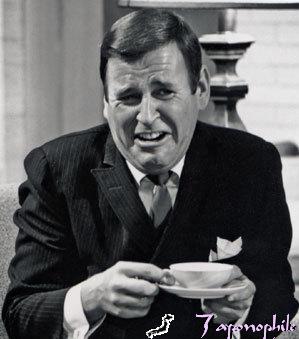 Thanks for all the kind words about “Talk Like A Primate Day.” It was fun to write and also shows a glaring abscess in my personality: yes, I want to be part of the group, but only if I can somehow be a jerk about it.

All the same, I’m sensing that International Talk Like A Pirate Day has…well, had its day. I was refreshing my Twitter feed, for example, and though there were a few cheerful “Arrrrrr!”s and “ye mateys!” spicing up the dialogue, I saw just as many folks who felt as though they’d already mined that vein dry. “Talk Like A Pilate” day was a big meme, for example.

(And I was pleased by the show of interfaith-and-nonfaith unity. Bible-savvy participants chimed in with classic gems like “I wash my hands” while others offered “I’d like to let him go, but it’s an election year.”)

But it’s probably time to move on. And thus I propose June 13, 2010 as the first International Talk Like Paul Lynde Day.

This concept sells itself. Watch this clip from The Dean Martin Show:

Tell me that talking like that wouldn’t be more fun than a day full of “Ye mateys” and “arrrs” and whatfor.

You: (stifles a naughty giggle). “I don’t KNOW. Maybe…it’s out of TOE-ner, d’ya think, huh? Maybe we should just stick in another ream and see what happens.” (quick bark of laughter)

On Twitter and other online venues, you’ll be encouraged to find ways of saying things that seem naughty within International Talk Like Paul Lynde Day context, but actually aren’t. Example:

News item from June 13, 2010: Britney Spears accidentally slices off the tip of her little finger while making beanie-weenies for her kids.

Be sure to pack it in PLENTY of ICE, boys...it could come in HAND-y later on! #paullynde

True, participating in International Talk Like Paul Lynde Day will require a bit more thought than the simple suffix “Arrrrrr!” but the overall effect will be worth it. For one glorious day, all of social networking will be wearing a silk scarf around its neck, keeping a triple-scotch within reach but out of sight of the camera, and helping a tourist from Indiana to win a dinette set. Most of the world won’t be in on the joke. Half of them will think “What’s WITH this person?” and the other half will know full-well what’s with that person but they’ll be too polite to say anything.

I know I’d like to live in a world like that for (exactly) one day a year. Can we count on your support?

Sorry: I meant “We can USE your support…I left my favorite girdle in a hotel in Or-LAND-o last week…long story.”