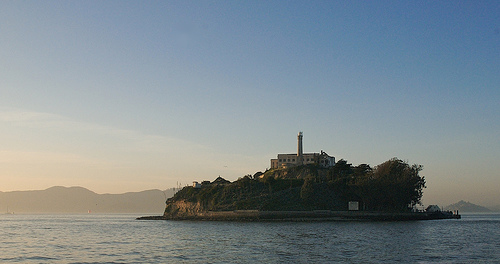 (Aside: we need another new word for the phenomenon of involuntarily parsing out details of someone else’s life via their chosen social networking handles. Is Mark Denomme a big fan of premium bourbon? Is he a reader of MAKE magazine? Etc.)

Anyway, he shared a link to Scott Bourne’s terrific interview with Scott Kelby, the fab author, Photoshop trainer, and photographer. It contains lots of simple, sensible advice at the end. Including this but about editing and presenting your shots:

The other piece of advice I would give is; only show your best work. If you go on vacation, don’t come back and show 122 images from your trip. Choose your best 24 and just show those. This is incredibly hard for most photographers to do, but think of it in these terms. If you took 1200 shots on your vacation, and you whittled it down to 122 images that you like. Are all 122 absolutely fantastic? Well, probably not, right? But let’s say within that 122 group of keepers, you have 30 that are just absolutely kick butt buttons. Then another 30 or 40 that are pretty darn good, and then rest are just good. There’s no bad ones in the bunch. Now, imagine if you only showed just those 30 that absolutely kick butt. What would people think of you as a photographer? They’d think you were absolutely a kick butt photographer, but you only have kick-butt shots (at least, that’s all they ever see from you now). Now, that being said; of that 30, are all 30 equally fantastic? Probably not, right? Go through that 30 and find the six weakest shots and remove them, so now you have 24 absolutely, hands-down kick-butt shots. You just became a better photographer in everyone’s eyes, because your 24 shots are that much better.

Professional photographers are experts are finding their best shots, and only showing those. They are great photo editors, and they only show their cream of the crop. Less is more.

It’s something to think about. He’s absolutely right. I was talking with another photographer about the quantity of pictures I take. He shoots film and he praised the medium for forcing him to stop, slow down, think carefully about every frame, and click the shutter only when The Decisive Moment occurs. “With film, you can’t just spray-and-pray,” he said. He didn’t mean it as an insult (nor was it taken that way).

My counter-argument was a line from Julia Child: “Your guests only see what you choose to send out of the kitchen.” In an academic sense, it’s more impressive to prepare and serve four perfect chocolate soufflés. But if you made a dozen and cherry-picked just the four that didn’t come out lumpy, scorched, or collapsed, the result is no different to your guests.

I don’t really “spray and pray.” But my shooting is influenced by a line from another author who didn’t realize he was giving me photography advice. It was the memoir of a guy who’d spent time working a machine gun on a helicopter during Vietnam. “I realized that the Marines weren’t paying me to take this ammo out on a little ride and bring it back unused,” he said.

Ah, there it is. Inspirational. If I come home with two shots left on a 16 gig card, I feel as though I lugged those extra 11 megabytes of storage around all day long for nothing.

But when it comes to the shots you present to the world, where is the butter zone? True, less is usually more. Even on the web, folks have a limited amount of time, focus and patience. But (to continue to exploit Ms. Child) if you have four guests and you only sent out three soufflés…that wasn’t enough. It doesn’t matter that the fourth one had a little tear in the side of it. A certain minimum quantity is required to get the job done. It just depends on what your goals are.

Flickr is a great equalizer, particularly when you see something like the MacMania 9 photopool. We had a smaller group — normally there are a hundred or more faculty and students on these cruises — but it’s easy to look through these pooled contributions and figure it out: Which of these people are professional photographers creating Beauty? Which is a professional journalist trying to get the story? And who are tourists preserving their memories?

I strive to be conservative when posting photos from a trip or an event. When I get home from an MIT Flea Market, it’s usually with a couple of hundred shots in the camera. I try to get them down to about 50 or fewer.

If I were aggressive and committed myself to only posting those photos that represent real beauty and (in my own mind at least) excellence, it’d be maybe ten, tops. But would it tell the story of that day? Would it document the flow of the event, the things I find interesting or noteworthy? Would it convey a sense of being there?

I’m not saying that Kelby is wrong, mind you. But part of reaching that next level of personal satisfaction with your photography is in figuring out why you do it. What sends you out there with the SLR instead of just the pocket camera? What are you hoping to capture and bring back from the wild?

I’m immensely proud of myself when I full-screen a shot from the day and I’m taken by what a lovely independent object it is. I smugly say that it’s no accident. I saw the potential for a great photo, I did everything I could to increase my odds by choosing the right location, the right camera settings, and sensing when the right moment was about to happen, and then I got lucky with one of the dozen frames.

And that’s what motivates most photographers. But in truth, when I read the reactions to my Flickr photos I’m less proud of “Beautiful photo!” than I am of “Thanks for sharing these; not only did I feel like I was there, but I’d love to go to that place or event myself some day.” If conveying something more about a walk through Hampstead Heath requires me to include a rather pedestrian shot of a pair of muddy shoes…well, it’s a dull photo but it’s a part of the story.

The Twelve Beautiful Images and the Fifty-Shot Photo-Essay share one thing in common: it’s all about pulling in the viewer and engaging their imagination.

That said…great fillets of marinated panda, Andy, you need to keep winnowing down your photos. More Flickr posts as the bloodletting continues and progress is made.

4 thoughts on “Less Is More, More Is Less”