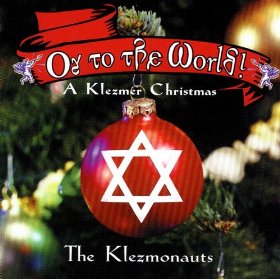 Joy To The World

Oy To The World

The spaceship is on its dull, free-return-trajectory back to Earth, about to re-enter the atmosphere…when the crew suddenly sees a purple glow enveloping the blue planet! It flashes out to overwhelm all there is!

And all is normal again. Or is it?

They splash down and the recovery chopper quickly finds them. Presently, the crew sees the goggled face of a Navy diver peering in expectantly through the grimy capsule window. They flash him a thumbs-up to signal that the crew has “safed” the craft, precisely according to the mission plan, and the divers duly remove the hatch from the outside and lean inside to welcome the crew back to Earth.

But they instantly leap backwards in a blind panic. “Aliens!” they shout into their radios, in a voice that seems too high and chittery for humans. “The crew has been captured and eaten by horrible aliens!”

And just as the capsule’s commander is shouting for the divers to settle the hell down, the sun finally catches their rescuers’ faces in the right way and he’s shocked into silence: the divers are basically human in form…but they’re BADGERS!

As a Zodiac boat filled with furry, lumpy sailors skips across the waves towards the capsule, every one of them with a weapon drawn and aimed, the crew wonders just what the hell that purple flash was…and where they’ve wound up!

(Deleted: Unnecessarily-long story about a physicist who proves time-travel is possible by traveling 150 years in the past and shooting hi-def color video of grimy, industrial London, successfully evading any interaction with history; but he’s denied the glory of the discovery because when he gets back, he finds that every method of scientific and mathematical notation created since 1858 is now different. In the eleven months it takes him to re-learn all that stuff so he can successfully defend his paper, a rival from another university completes and publishes his own time-travel research.)

Yup, that’s a staple of time travel. The “Whew! My time travel didn’t affect the present in the very least! …Or DID it?!?” thing.

You write these stories from back-to-front, you see. You have this idea for The Big Revelation and then you wonder just what the hell could have happened to the timestream so that everything else turned out exactly the same, except for this one thing that you’ve come up with.

I promise you: this has relevance to today’s Advent Calendar tune.

Over on Twitter, @acdolph recommended this version of “Joy To The World.” I searched, I listened.

And then, like Charlton Heston in “Planet Of The Apes,” I blinked hard. “A planet where Klezmer music was developed by the Christians?!?” I sputtered. “It’s MADNESSS!!!!”

The whole album is like that. I want to lean back and sip at something cold and refreshing and try to figure out how that alternative reality managed to diverge from our own. I am unwise in the ways of timestream disruption and Jewish services. Would it be sort of an even-trade proposition? In the Yom Kippur services in this world, does the cantor solemnly approach the lecturn, clear his throat, and then belt out the prayer using the melody and energy of James Brown singing “The Old Landmark” during Baptist services in “The Blues Brothers”?

I leave further speculations as an excercise for the reader.

This is great music. It’s damned peculiar to hear a song rejoicing about the coming of the Messiah performed in a style that’s so inseparably associated with Jewish culture, but what can I tell you: the Humans are an odd and unpredictable species.

But here’s one thing I can predict with utter certainty: if you purchase this track via Amazon MP3, I will spend the Amazon Associates kickback I receive in a way that will make you proud. I will spent it foolishly. Not on food or clothing or junk like that. I will spend it on stuff that will do no good for me or anybody else. Bang:

Or, you can buy it from the iTunes Store. This is one of those rare tracks that’s in iTunes Plus, and can be downloaded at high bitrate and free of DRM…just like every track from Amazon MP3.

An iTunes Store where every track is high bitrate and free from DRM?!? It’s SENNNNNSIBLE!!! SENSIBLE, I tells you!!!

1 thought on “Amazon Advent Calendar Day 17: “Joy To The World (The Klezmonauts)””