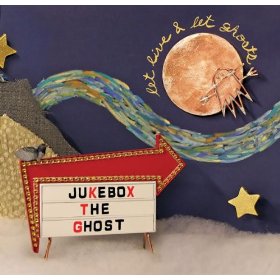 This track appears in my iTunes library as “Alternative Rock.” I think that’s a mistake. “Hold It In” is Pop, pure, plain and simple. And that shouldn’t be considered a mark of shame.

Pop is confection. It’s a windup toy that’s colorful and full of movement and you can’t help but play with it endlessly. And although a pop song isn’t exactly written with the intent of building a monument to the human spirit, a great pop song has a timeless element.

It’s in the melody. Musical styles change, but the human software for processing melodic input is about as stagnant as the Windows UI. I’ve been listening to this tune a few times in preparation for its appearance here in the Advent Calendar and clicking my perceptions backward ten years at a time. I can easily imagine this being recorded by the Proclaimers in the Nineties or the Go-Gos in the Eighties or…

Okay, I was too young to be following the music scene in the Seventies so I’ll take a mulligan on specific groups from here on out. But! Any of the British Invasion pop acts that followed the Beatles would have done well with this tune in the Sixties, as would the close-harmony groups of the Forties and Fifties.

Here in the Aughties, the subwoofer must be thumping, the piano keys must be beaten mercilessly, and there must be an implication that the singer is wearing nerdy retro eyeglasses. And yet there’s still room for soe rhythmic hand-claps that wouldn’t be out of place in a Sixties girl-group tune.

I love this tune. The catchy but aggressive melody definitely creates a sensation of weapons of war being employed towards more frivolous purposes, like soap bubbles being blown through the barrel of a gun.

Speaking of frivolous purposes, if you buy “Hold It In” from Amazon MP3, I get a small kickback that I’ll apply towards something gloriously stupid, like a chromed ceremonial shovel that I’ll hang on my wall. I’ll tell visitors that it was presented to me by the Secretary of Agriculture in gratitude for my research in the field of soil subsistence.

Or you can buy it from the iTunes Store. Uncharacteristically, it’s an iTunes Plus track, meaning that it’s unprotected and encoded at a high bitrate, like all of the Amazon MP3 tracks. But I won’t get the referral fee. I’ll be forced to lie to visitors and tell them that I can’t show them my ceremonial shovel because the Smithsonian asked to borrow it for their permanent “Gifts To Famous American Journalists” exhibition.

So if you’re OK with being responsible for a deception, go right ahead and buy it from iTunes. If you believe in Truth, you really ought to buy it from Amazon, don’t you think?