I don’t feel as though I’m “giving back” enough to you, the faithful readers of the Celestial Waste of Bandwidth. So here’s a contest for y’all.

Thanks to my closely-placed contacts — you will understand if I insist on protecting their anonymity — I have managed to get my hands on the un-Photoshopped version of a recent image from the Astronomy Picture of the Day site (warning: that link takes you to a webserver controlled by the Government): 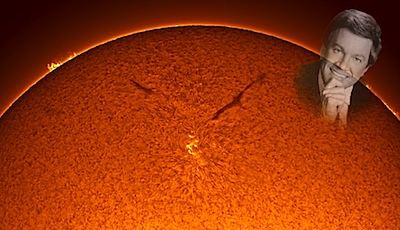 Click for the full-sized version.
Original photo by Greg Piepol.

The Government and the Corporate-Controlled Media would have preferred that we all remain blind to the exciting truths documented by this unretouched photo. I’ve managed to certify that the image contains the following:

As fellow skeptics and seekers of Truth, I’m sure that some of these already leapt right out at you before you even read the list.

To encourage the Celestial Waste of Bandwidth’s readers to refuse to become willing accomplices to the aforementioned Government and Corporate-Controlled Media’s relentless attempts to reduce all of Humanity to malleable and suggestible sheep, I will award a $25 electronic iTunes gift certificate to the lover of Freedom and Truth who does the best job of exposing and illustrating the tantalizing and shocking reality so conclusively documented by this absolutely undoctored image.

Do it with words, do it with pictures and outlines and arrows…it’s entirely up to you. I’m looking for both quantity and clarity. The idea is to spread truth here. So the winning entry will be the one which does the best job of convincing the world of what can happen when rational people refuse to simply take the “obvious,” “simple” solution at “face value.”

Bonus points for spotting any censored elements that I might have missed. After all, I could only devote three days to scrutinizing this image before the UN’s JA-91 spy satellite with its roof-penetrating LI2DAR array was scheduled to make another pass near my house, and I was forced to pick up an “US” magazine and play dumb before the flyover.

You may enter by posting a reply to this message. Include links to any supplemental materials that you may wish to present.

Deadline for entries is Saturday, February 16 at 12:01 AM. As is only proper, the sole arbiter of Truth and Reality is me, Andy Ihnatko.

Oh, and I ought to point something out: just as I was about to post this item, I noticed that the lens flare in the upper-right corner of the image happens to be sort of Wink Martindale-shaped, I suppose. This is due to the unusual leaf arrangement of the aperture of the lens used to capture the image.

This sort of flare is historically known among optical engineers as the famous “Tic Tac Dough Perplexity.” The problem’s utter insolvability contributed to this particular aperture design being phased out, after Alex Trebek took over as the host of “High Rollers.”