This column was originally published in the Sun-Times on January 31, 2008. 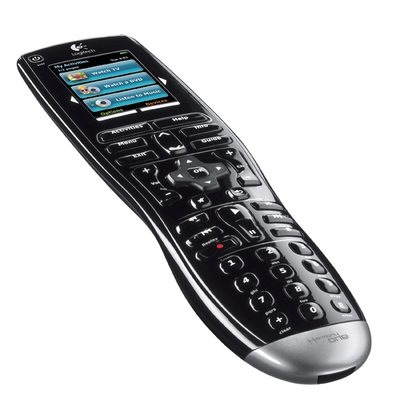 I had no idea how badly my home entertainment system here in the living room had gotten out of hand until a recent afternoon when I picked up the requisite basket of remotes and issued the usual sequence of baffling commands. But instead of the big screen showing the opening scenes of last night’s “Survivorman,” it started to display page after page of decrypted attack orders for Nazi submarines.

I checked the huge tangle of cables and commands interconnecting my TV and the cable box and the DVD burner (and…and…). Well, I’ll be damned: over the past four or five years of adding components to my setup, I’d gradually managed to reproduce the complex wiring and programming of “Colossus,” the British computer that broke the infernal codes of the Germans’ top-secret ENIGMA encryption machine.

Surely you have a similar story to tell.

It really doesn’t take very long for things to become a huge, confusing, honkin’ mess. Your TV long-since stopped being a TV. It’s a nexus for a half-dozen audio and video devices. Hence the need for the basket of remotes, and the need to maintain a mental map of which devices need to be switched through what other devices in order to send “American Gladiators” on its stately way from the cable tuner through the DVD recorder and then finally to the big screen.

Yup, you can walk into any store and plunk down eight to thirty dollars for a universal remote. But there comes a time when you’re ready to bring a gun to a knife fight. When that day arrives, there’s Logitech’s Harmony One remote.

(Move on to the next paragraph when you feel as though you’re ready. You’ve had quite a shock; drink some juice or soda to replace the blood sugar you’ve lost.)

It’s a lot of money. But the One actually represents a sensible middle ground. The truly expensive controllers cost three times as much and they’re typically the size of an Etch-A-Sketch. The $30 ones replace a half-dozen remotes, and that’s a terrific space-saver. But they don’t really make your life any simpler…particularly when it comes time to program the remote with all of your device codes.

To set up the Harmony, you just plug it into the USB port of your PC or Mac and hand things off to a nice little app that collects a list of all of the devices you’ve got there in the living room along with their makes and model numbers. The app then connects to Logitech’s servers and retrieves the proper codes for all of ’em. They’ve got codes for hundreds of thousands of devices; the only difficult thing about configuring the One was crawling behind my TV with a flashlight and a pen to get at the model number.

(Though it didn’t have quite the right codes for my Apple TV. The good news was that “teaching” the Harmony was a piece of cake. Even this part of the passion play was guided by the desktop software. Just check off all of the commands you want to record, and the app walks you through the list one by one.)

But once you’ve described all of your gear, send the codes to the remote, and un-dock it, the Harmony will control all of your gear automatically. Commands are automatically grouped into “actions” — sequences of commands — that handle common tasks. The One’s gorgeous color touchscreen doesn’t feature tawdry buttons like “Input Select” or “Closed-Captioning.” You can get to those buttons if you wish, but you’re paying $250 for the big button marked “Listen to Music.” The Harmony understand that when I listen to music, the TV and the Apple TV need to be on, the TV needs to be on Video 4, and all other devices can be shut off to save energy.

The remote itself is no dummy, either. As it happened, I’d given the app the wrong info: I’d told it that my Apple TV was connected to Video 3. When I tapped “Listen to Music” and the TV switched over to the TiVO, I grumbled and pressed the remote’s “Help” button, expecting the remote to do something brilliant like say “Check the manual.”

Instead, it gave me interactive tech support.

The TV suddenly switched from Video 3 to Video 4.

“Is the TV switched to the right input now?” (yup).

“Did that fix the problem?”

True, it’s no different than dealing with any corporate IT department: someone with curt social skills who clearly thinks you’re a moron asks you a series of condescending questions. But you are, a moron and it did fix the problem and it’s not as though you have to invite it to your big barbecue this weekend or anything.

My only real complaints about the Harmony One are of the “Well, jeez, for $250 you ought to be able to…” variety. For instance, you can build a custom Action, but the individual keypresses available to you are limited to powering up devices and switching inputs. I’d love to be able to set up a one-touch button that says “I want to pipe this video through my DVD recorder and start recording immediately” but no can do, apparently.

Also: it’s an Apple (Freaking) TV. For $250, I shouldn’t have to see it described by the touchscreen as “Media Center PC.”

The other problem is out of the Harmony’s control. It can send commands to your components, but it gets no feedback to confirm that those commands were received and that the component is set the way the remote thinks it is. If your TV has a remote command that switches it directly to Video 2 (your TiVO), you’re good. If it just has a single “Video Input” button that cycles through all of the possible connections, the fuse is lit on a powderkeg of vinegary disappointment. The Harmony has to drive blind, pretty much. As often as not, after tapping one of these fabled Action buttons, I need to select the proper input manually.

The Harmony One’s best feature might actually be its shape. It’s perfectly sculpted for the human hand, which is what I’m equipped with. The size, shape and placement of its physical buttons is cozy and nicely thought out; it’s an uncluttered and welcoming arrangement. Overall, the remote’s shape and button layout makes you want to cancel your gym membership and watch more TV.

This really hits home when you compare the One to the Harmony 550. The 550 is designed much more like a conventional remote (with a clunky shape and cluttered keypad) and it lacks the One’s gorgeous color touchscreen. But it retains the One’s killer feature (you can program it via USB)…and it costs just $90 online.

But come on. Between the plasma screen and the hi-def DVD player and the $700 game console, you’ve already got $4000 tied up in that system. Your opportunity to prove that you value your kids’ college education more than you value a kick-ass rec room sailed away a long, long time ago.