I have a few reliable New Year’s Eve traditions. First, I swap out the December action figure battle diorama on the top of my dresser for the new January one (winner stays and faces down the action figures from a different movie or TV franchise; this time, the Colonial Marines of “Alien” will be squaring off against Alex Ross’ “Kingdom Come” version of the Justice League. When I’m finally finished with that, I work my way through a bottle of whatever claret was on sale at the Liquor Barn while quietly weeping so as not to disturb the fun of the people having the big party next door.

And then, at the stroke of midnight, I buy a mess of new fonts from Comicraft. They make these intensely wonderful display, special-effect, and lettering fonts and for one day only, the number of years A.D. is the number of pennies you pay per font package.

This is a pretty spectacular deal: many of these fonts go for $150 or so!

The sale goes on all day long, but I usually know what I’m gonna get before 2007 expires. And I scored a bunch of great ones this time, viz…

“Treacherous,” which arrives in both pointy and roundy editions in the same package: 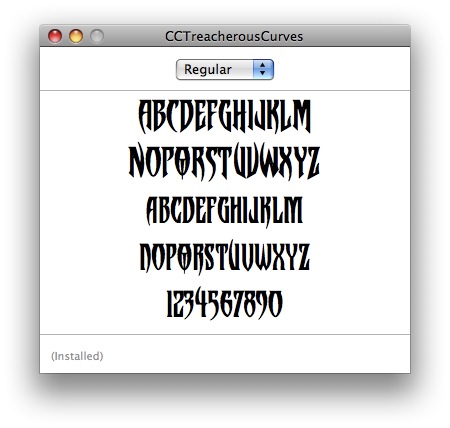 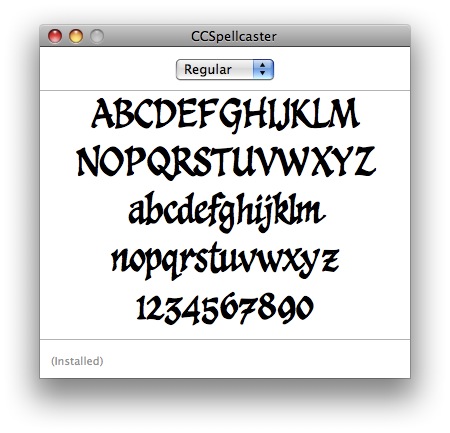 “Letterbot,” a lovely handwritten OCR-looking font (bold and regular). What a marvelous font…it perfectly blends digital and analog. When I finish the design of this site, this is going to be the standard font for navigation-type stuff: 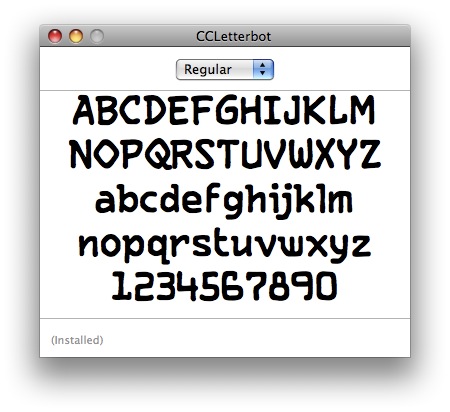 “Destroyer.” Now this is a weird one: I don’t remember adding it to my cart myself, and I wasn’t charged for it. So I don’t know if this was just some sort of bonus for spending the first fifteen minutes of 2008 buying fonts instead of kissin’ some cute cigarette girl at the Stork Club. You get Open, Outline, and Solid versions: 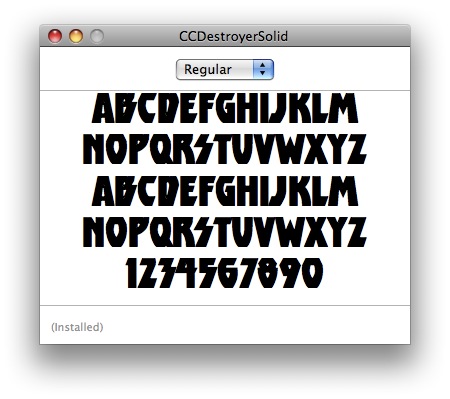 “Bryan Talbot.” This is their latest comic-book lettering font. If you’ve picked up a comic book in the last five years, there’s a 95% chance that it was lettered digitally and if so, there’s a 99.99% chance that Comicraft supplied the font. Some artists have actually commissioned typefaces that approximate their own lettering style.

I had my eye on this font package all month long. I think it’s normally $140 or so. You get it in bold, italic, and regular weight, in an all-caps and upper-and-lower case versions: 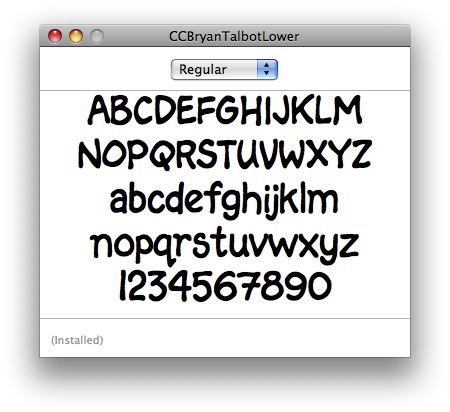 That’s hundreds of dollars’ worth of fonts, and I got ’em for a little more than $60.

And here’s a valuable tip: Comicraft has an ongoing promotion called “Create Your Own Font Pack.” Choose any three fonts plus any balloon-lettering font, and you receive an extra 20% off that order. This means that the fourth font will be damned-near free (my invoice reflects four $20.08 fonts minus a $16.06 discount).

In fact, the company got probably the highest possible compliment as I was packing up my gear after a big presentation. “Which font did you use for your slides?” someone asked. “It was like Comic Sans…only it doesn’t suck!“