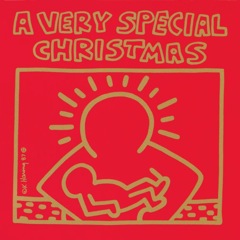 Do You Hear What I Hear?

Blah, Blah, Blah: What a voice. Whitney Houston shouldn’t have to answer for all the female singers who came after her, who did nothing more than caricature her style, and who helped to make both the Billboard Top 100 and “American Idol” into colossal disgraces for which Humanity shall one day be forced to answer.

Gospel has a long history of feeding pop music but I’m not sure if anyone ever wielded gospel tools so skillfully, with so much precision. The difference that elevates a singer to a vocalist is the ability to make shrewd and deliberate choices about how a lyric should be delivered. Mariah Carey and Christina Aguilera tend to just fill empty spaces with more notes. Whitney Houston appreciates that some words and passages are more effective when there’s some air around them.

“Do You Hear What I Hear?” is a perfect match for her style, too. Maybe you’re a Christian, maybe you aren’t; maybe you’re one of those Christians who is grateful to Jesus Christ each and every day, maybe you just go to church on Christmas and Easter and generally agree that JC said lots of sensible things. But gospel music is filled with fire and passion because it’s generally performed by people who believe, dammit. And when a singer truly believes in the music they’re making (be it Johnny Cash singing “Why Me, Lord?” or Janis Joplin singing “Ball And Chain”) good things happen.

This tune isn’t technically gospel, but it gets to the heart of what a true Believer focuses on about Christmas.

Why I Bought It In The First Place: I heard it in the mall way too many times. I’ve always liked Whitney Houston’s voice but never bought any of her music before. Seemed like the right time.

Sample “Do You Hear What I Hear?”
on the iTunes Store