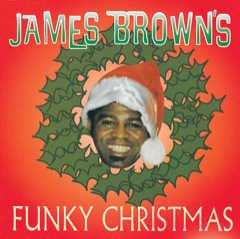 Blah, Blah, Blah: If I were a middle-school music teacher, I’d quickly become a local treasure and a national legend. Or else I’d be invited to take the whole rest of the my contract off at full pay, starting immediately. I can’t imagine any sort of a middle ground there at all.

The principal would instruct me on my duties, the very first day. “And of course, you’ll be taking care of our annual Holiday Choral Concert,” she’d say. “Specific Christmas themes are kind of a touchy subject, so try to keep your song selections in the ‘sleigh bells’ and ‘that special time of year’ sort of vein.”

“So: Santa yes, Christmas no?”

“No sweat. I know just the number.”

And that would be my priority from September through December. Locate one kid — just one kid — who can do a perfectly adequate James Brown. If need be, I’d even contact the local musician’s union to see if they had any soul singers under 4’6″ whom I could hide behind a Santa beard or something.

Because this would be the greatest middle-school holiday chorale of all time.

Yes, James Brown recorded Christmas albums, just like everybody else. So don’t get all sniffy when you’re in Barnes & Noble and see “The Cast Of ‘Lost’ Sings For A Very Special Season” on CD.

Some of these tunes are pretty peppy, as you can imagine. But clearly, “Santa Claus, Santa Claus” is the song you play when you’re decorating the tree with garlands of cigarette butts and an upside down bottle of Night Train for an angel. Sample lyrics:

I ain’t got nobody

You’ve got the one kid who’s a terrific singer, and he’s doing all of the heavy lifting out front. The rest of the kids are beghind him up on risers, swaying left and right, singing in response as needed.

And every middle-school choir has that one kid who can’t even handle banging two red sticks together. No need to leave him out…I’d put that little boy on Cape duty.

“Remember, Jordan: Casey is going to be on his knees for a lot of this song but don’t come out until he collapses completely. And then what do you do…?”

“I come out, I throw the cape over his shoulders…and then I walk Casey offstage.”

“And when he spins out of the cape and runs back to the microphone?”

“I take three steps towards him, stop, then I fold the cape over my arm and walk off the stage, glancing at Casey and shaking my head mournfully.”

Admittedly, this show would be more about entertaining myself rather than entertaining the audience or even just giving the kids an educational experience.

Why I Bought It In The First Place: I started feeling a little guilty about this iTunes Advent Calendar having so few actual holiday songs. “Thank You Very Much” barely qualifies. When I added “Living In Stereo,” I found myself almost writing “…And there are sleighbells in this, so technically, it’s a holiday song.”

So here you go. I give you a man at the very end of his tether, in his moment of most desperate physical and spiritual need, pleading to an advertising mascot of the Coca-Cola Company for help instead of Our Lord and Saviour, Jesus Christ.

I suppose this actually makes James Brown look like a uniquely kind and thoughtful individual. I’m sure that Jesus would normally be the go-to guy in a case like this. But it’s pretty rude and insensitive to hit a guy up for such a big favor so close to his birthday.