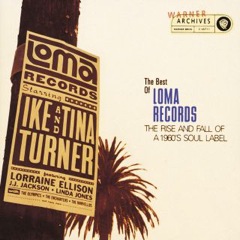 Tell Her I’m Not Home

Blah, Blah, Blah: Well, now he’s dead. I don’t know if there was any sort of ongoing wagering about when Ike Turner would die, but even if you had “December 12” in the pool I seriously doubt you would have picked “…peacefully in his sleep.” Never bet against the house, kids.

The next round of wagering will center on how history is going to negotiate the thorny problem of Mr. Turner’s reprehensible extra-curricular behavior. The fact that Ike is more well known for domestic abuse and drug use than for his music is a fairly staggering statement, considering all he accomplished as a musician.

I mean, imagine a parallel world in which Albert Einstein accomplished everything in the field of physics that he did in our own. Except that in this other reality, science isn’t the thing he’s most famous for.

Honestly…what the hell could Einstein possibly have done to overshadow E=MC²? Get caught in a Grand Central men’s room having sex with a tank of lobsters? Hunt, kill, and eat each of the 1937 Chicago Cubs, in alphabetical order?

And that’s the problem presented by Ike Turner. As a Nobel Prize winner, sex with crustaceans would only have made Einstein more colorful and quirky. And though serial murder and cannibalism are (rightly) considered to be horrifying hobbies, you sort of have to tip your hat to the dedication that’s involved in downing over a half a ton of stringy, gamey meat. Then you grudgingly add some style points for doing it from Clay Briant to Tuck Stainback. Even more so if Einstein ate them in the off-season, when the guys would be scattered all over the country instead of all gathered together in the same hotel or something.

Acts of regular, brutal violence against your wife and kids? I don’t want to come across as glib here…but when you turn up at the big processing center in the sky, that’s definitely the first thing that’s going to come up in the pre-interview. Indeed, it might be quite some time before the regional subdistrict associate-angel who gets you logged into the system even mentions how awesome “A Fool In Love” was, and how it’s, like, always on his iPod and everything.

Which is both fair and unfair. When you evaluate Ike Turner’s recording career, a picture of a true rock pioneer quickly resolves itself. He ought to have spent the last ten or twenty years of his life being interviewed by Charlie Rose, recording tracks with Bruce Springsteen and Eric Clapton, and picking up lifetime achievement awards.

(That could have been Little Richard, too, but he’s had a freakish amount of plastic surgery and by all firsthand reports the man believes himself to be surrounded by invisible elves at all times. I mean, the position of Elder Statesman of Rock was standing vacant.)

It certainly isn’t right to sum up a 76-year lifespan with the phrase “He was a druggie and a wife-beater.” But of course, any damage to Ike Turner’s reputation was self-inflicted.

In a weird way, dying is probably the best thing Ike could have possibly done to enhance his legacy as a musician. He (as half of “Ike And Tina Turner”) was inducted into the Rock And Roll Hall Of Fame in 1991. It appears that the nominating committee raced into action when they figured out that there was little chance that Ike would actually show up to collect the award, given that he’d be serving a prison term at the time. So the Hall of Fame got the best possible result: honoring a seminal body of work, getting the lovely and beloved Tina Turner up on stage to accept an award and maybe sing a couple of numbers…and no awkward moments with Ike.

Suffice to say that Ike is now incapable of making anybody uncomfortable, unless a “Weekend At Bernie’s” type of situation develops. There were many people who were unwilling to honor the man but who would have happily paid tribute to the man’s musical career. Now, the two have been divorced from each other, leaving the latter with a chance to shine and thrive, finally. There’s irony for you.

Why I Bought It In The First Place: Seriously, folks…”The Best Of Loma Records” is one of the best damned values in the iTunes Store. 53 tracks for $9.99! And there are at least seven or eight favorites and two or three certified classics in the batch. You’ll probably see another Loma track in the Advent Calendar by the time Christmas rolls around.

I bought “Tell Her I’m Not Home” as a package deal. At some point I’d purchased so many of the individual tracks from the album that I just one-clicked the rest of ’em. The first time I heard this track, it came up on shuffle play and I didn’t know what it was.

For the record…yeah, I thought it was being sung by a guy.

Sample “Tell Her I’m Not Home”
on the iTunes Store