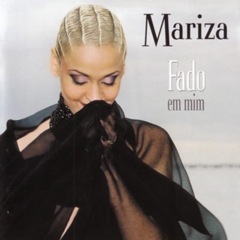 Blah, Blah, Blah: I suppose you’ve had that dream where you’re walking through your house and you spot a door that you’ve never seen before, and you open it and discover a whole wonderful new room that you never even knew existed.

The iTunes Store is that door. There are all kinds of artists — hell, entire genres — that’ve been piling up recordings for decades. But until you’re graced by that moment of discovery, they’re completely walled up, waiting patiently and shaking their heads on the other side of the door while you moan that there’s no good music any more.

Then you learn that there’s this style of Portuguese folk music called “Fado” and zip: you’ve got weeks of delighted listening ahead of you.

Though perhaps “delighted” isn’t quite accurate. “Fado” is a Portuguese word. The usual explanation is that it means “the sadness that comes from distance and longing” but the usual explanation also carefully states that there’s no direct translation into English.

But it’s a word that you can understand pretty damned clearly once you listen to a song like “O Gente da Minha Terra.” This one’s a very traditional example of Fado, in which a lone female singer is backed by a a conventional classical guitar and a Portuguese guitar, both of which maintain a certain respectful distance from the vocalist. The vocal is a hairline of emotion that wends a cautious path from start to finish.

I don’t speak a lick of Portuguese but you definitely get the gist of what this poor woman is going through. You just want someone to hug the singer in a supportive, nonsexual fashion and assure her that everything’s going to work out OK, honestly.

Why I Bought It In The First Place: Normally I bail out of the Letterman show when the musical guest cranks up. They just sort of fail to register, somehow.

But Mariza began this song with the sort of silence that commands a silence bordering on reverence, and she quickly had me hooked. The keyboard was pushed to one side and she had me full and complete attention all the way until Dave walked over and thanked her for coming by.

Isn’t that the ideal of all music? If you’re capable of reading anything on Google Reader or worse, actually composing email while a song is playing, then what’s the point of having it on at all?

I actually invested twenty minutes in finding the song. I had to get the performer’s name from the CBS website and then I had to sift through a few albums before I found the song. And in the end, I paid twice what I should have. She has two versions available. I originally bought the concert version because it runs a whole two minutes longer than the album version. That’s like getting three Twinkies in the package instead of two.

But it’s a funny thing: it lacked a lot of the impact of the Letterman version. Occasionally, the song was punctuated by grateful applause from the audience.

There’s a simple rule about being lonely. You can do it while standing in an arena filled with thousands of people, but only if you’re facing the stage…not the crowd.