I got back from Houston on Sunday night. It’s now Wednesday and I think I’m just about done digesting what I ate over there.

Barbecue, ladies and gentlemen. Real, honest-to-God, prescription-grade barbecue. You might have heard an unrepentant flesh-eater to say “If God hadn’t intended for us to eat animals, He wouldn’t have made them out of meat, would He?” Well, if you had the pulled-pork sandwich I had for lunch on Saturday, you’d understand that this is no glib, defensive rebuttal.

The sauce was wonderful but clearly, the chief source of flavor was the slow smoke. It was served on thick slices of coarse bread with slivers of cheese and chili peppers. with pork rice on the side.

Any sort of dessert was probably medically contraindicated but circumstances demanded that I add a slice of pecan pie to my tray.

It was a humble sort of barbecue joint, where you slide your tray across the counter before the kitchen cafeteria-style. I looked longingly at the range of desserts but then I remembered that a full mongoose is a slow mongoose. I was giving my talk right after lunch, and I was on just a few hours’ sleep as it was, so I let the pies alone.

We reached the till, and I reached for my wallet. But my arm was slapped…slapped!…by the user-group member who was acting as my Seeing Eye Texan at this venue.

But as so many people who post ads on Craigslist will agree, pleasure often accompanies pain. The pie was astoundingly good. I’m not a diabetic (yet) and I don’t test my blood glucose levels but if a dessert is so sweet that it temporarily causes your vision to go a little orange, that can’t be good, can it?

Anyway. The Houston-Area Apple Users Group talk was emblematic of the reasons why I love coming out to talk to user groups. The people were terrific, I got to swap my messy house for a nice hotel for a couple of nights, the food was out-of-this-world-ish in nature, and I got to spend a couple of days in a new city.

What did I talk about? The title came to me when I realized how unhappy Mac people seem to be with Apple all of a sudden. Behold, the first slide in my presentation: 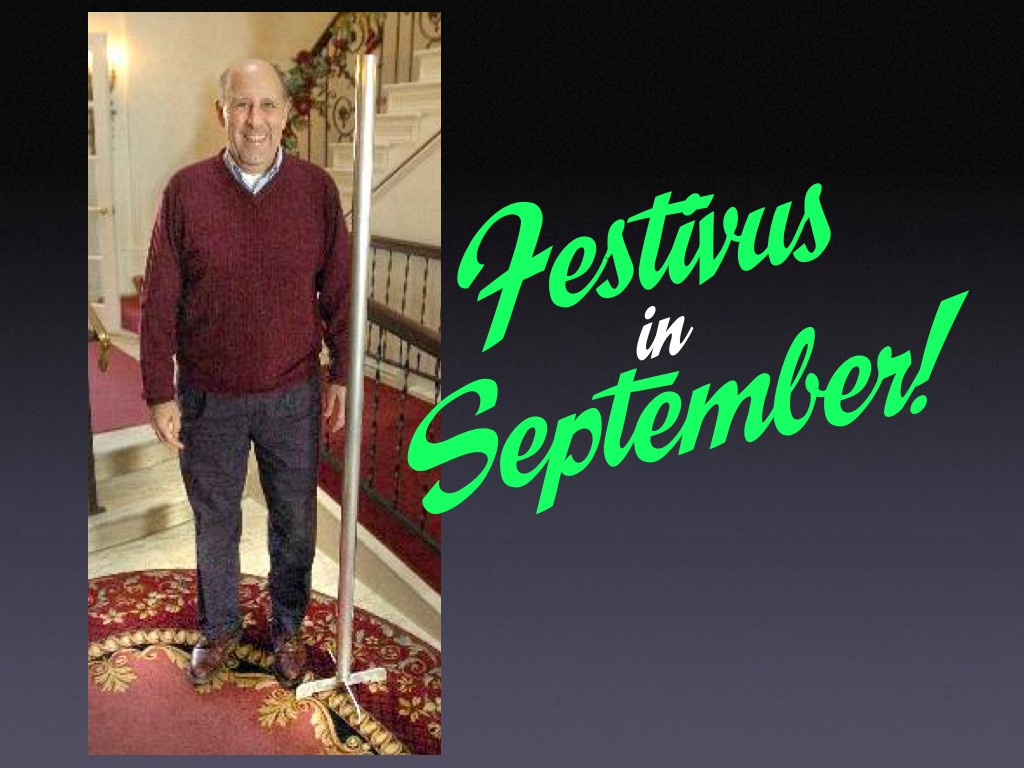 Yes, I did perform Feats of Strength. But the point of the exercise was indeed the Airing of the Grievances.