I was only in New York for about 36 hours but I still found time to head up to the Metropolitan Museum of Art and see how they were taking care of a family heirloom: 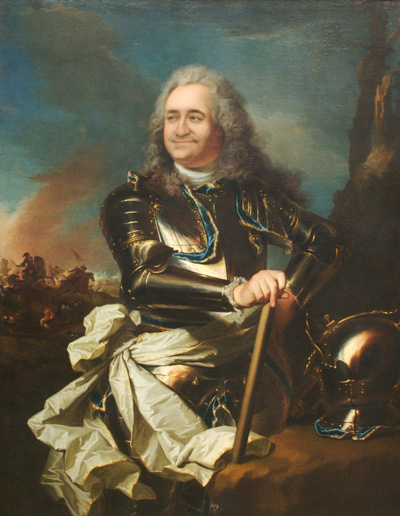 Honest to God, I can’t tell you how many times I had to haul that thing to the other side of the rec room just so me and my sisters could play bumper pool.

We got more than a $2000 writeoff when we donated it to the museum, which was great but honestly Mom and Dad were happy enough just to get it out of the house. They offered them the bumper pool table, too, but I guess the Met just doesn’t know real quality when they see it.

I don’t know much about Uncle Godefroy. One story says that he did extremely well as an officer in the French cavalry. Another says that he just rented the suit for the day so he’d look like a big deal in the painting.