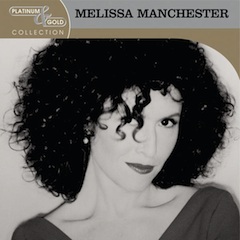 (And the reason why it makes me so happy is because it sucks so much. Okay, let’s call that one a draw.)

I acknowledge that “I’m only listening to this because it’s so awful” is a pretty cheap attitude and that it’s often a sign of a weak mind. That said, though, this song has a consistent and powerful effect on me. Like a bouquet of ragweed to an allergy sufferer, I can’t be exposed to this song without involuntarily laughing. Not “chuckling.” Laughing. That’s a big problem at weddings and an even bigger problem at funerals, where the modern vogue is to loop some sort of (genuinely lovely) video montage that’s been set to sappy music.

At a wedding, I can at last say “I’m just so happy for the couple.” At a funeral? Honestly, the only dignified way out is to hurl myself on top of the casket and hope everyone assumes that the barking laugh was actually a wail of sorrow.

It’s the acme of cornball romantic ballads. Which makes sense, because it’s the theme from the epitome of 1980-ish cornball romance movies. Identification marks associated with this curious species:

The only problem with “Ice Castles” is that the Shattering Medical Crisis involves sudden blindness. I guess cancer hadn’t been invented back in 1978.

This song is the music equivalent of that movie. It’s so over-the-top that it’s impossible to take it seriously. Here’s what I mean. Click to any random scene in this massive demonstration of China’s awesome military might:

You see the second most formidable and dangerous military in the world, making an unequivocal statement about its country’s ability to both defend itself from invaders and to enforce its will upon the world stage.

Now, use your imagination and replace the marching music with “Through the Eyes of Love.” Slow down the footage to half-speed, if you want. If you’re a Tibetan holy man, you’re suddenly filled with an urge to tell China to go **** itself. I imagine that this is a normal background process in the average Tibetan holy man, but this video matched with this soundtrack would give him the courage to pile himself and five other Tibetan holy men into a Camaro and TP the local State Council office, fearing no reprisal.

My point is this: when you hear “Hey, Jude” the room fills with hope and spiritual renewal. When you hear “Pretty Vacant” you think about youthful rage, unfocused and unstoppable.

When you hear “Through the Eyes of Love,” you imagine a middle-aged male associate-professor at an arts college, barefoot in a black leotard, on a stage and waving a long ribbon on a stick with an expression of intense artistic gravity on his face. I have to regard that as a mission failure of some kind.

I should say that if you think “Through The Eyes Of Love” is a moving work of art and that you connect to it on a profoundly basic level, well, that’s just fine. I’m just saying that if I ever should be so blessed that a woman should agree to give me her hand in marriage, and we got into the planning of the event and she insisted that this song would be the connecting theme of the entire ceremony and reception…I would have some very, very harsh words for the member of my office staff to whom I’d assigned the task of auditioning and vetting prospective wives for me.

Sample “Through The Eyes Of Love” on the Amazon MP3 Store.