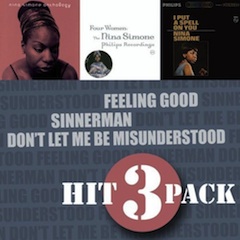 Most of the popular cover hits are songs that have already been nationalized by our socialist cultural system. Nobody “owns” it and everybody’s free to do their own thing with the song, free of preconceptions.

But some songs become the iconic property of one performer. Don’t record your own version of anything that Janis Joplin had already made into a major hit, for example. It almost never turns out to be a wise move. Previous soul singers poured the concrete for “Piece Of My Heart,” but it didn’t fully set in the public consciousness until Joplin put down the whisky bottle and picked up the microphone.

It’s not even a taste issue, honestly. It’s about pre-programming. There’s nothing wrong with a talk show set in which the guest sits to the right of the host’s desk instead of the left. And yet…yeah, everything’s wrong with that. This show could feature the ghost of Johnny Carson interviewing Jesus Christ, who’s there to plug his upcoming Comedy Central roast plus deliver some important tips on how to prepare for the upcoming armageddon. It wouldn’t matter. I still couldn’t focus on his instructions on what to do when the ground beneath my feet dissolves into a pool of fire until he moved to the other side of the desk.

Similarly: anybody who tries to do “Piece Of My Heart” has to deal with the simple fact that for at least the first minute, my brain will be thinking “But that’s not Janis Joplin.”

It’s not your fault, Ms. American Idol Finalist. It’s my fault. Until you fail to do anything constructive with it, at which point I will option-click on Pandora’s “Thumbs Down” button until the icon switches to a different finger, and then I’ll make my full displeasure known.

“Feeling Good” is somewhere in the middle. Even if you don’t know who Nina Simone is, you associate the song with this performer and this specific recording of the tune, where the singer is backed by heavy orchestration that keeps a certain reverent distance from the vocals. But there’s been no shortage of terrific covers of the song.

I bring this up because today’s selection was going to be the version that Muse released last year. I love it, but ultimately I recognized that what I really love is the Virgin Atlantic ad that used it for the soundtrack:

Yeah, it’s sexist. But it’s well-done sexism. I’m willing to give it a pass, in the same way that I’m willing to overlook the Italian-American stereotypes in “The Godfather” but not the ones in the old Olive Garden commercials.

No, when you see this ad, you’re not offended by the imagery. You want a goddamn gin and tonic. And you want to have sex with a goddamn enemy double-agent. And you want to goddamn track down a goddamn Russkie rogue general who’s stolen a ****ing nuclear missile and kill that sonofabitch with an iPhone and a camera battery and an pack of gum that click together to form a pocket-sized magnetic railgun that propels slugs at hypersonic speed!!! **** yeahhh!!!!!!!

So you see what I mean. It’s a lovely cover song, don’t get me wrong. But when I listen to it without the visuals…yeah, it’s not as satisfying. Muse’s intense, 007-driven interpretation is out of sync with the lyrics. Also: I always do a half spit-take when a random verse of a song inexplicably uses the “old-timey recording/radio broadcast” audio treatment. It has a real “Hey, what does THIS button in Garageband do?” impact.

I guess it just demonstrates how high the stakes can be when you try to do a cover of an established song. If Muse’s version was the first time you’d ever heard “Feeling Good,” you’d think it was a killer production. But then you see what others did with the exact same ingredient and what once seemed Fab now seems…well, just sort of okay.

And yes, a second slam against The Olive Garden is implied within that last sentence. I leave its extraction to you, the reader, as an exercise.

Listen to “Feeling Good” at the Amazon MP3 Store.

As always, my Amazon Associates code is embedded in that link. If you click it, any purchases you make during that Amazon session will result in a small kickback to me in the form of Amazon Gift Credits…which I will spend on heroically silly things.