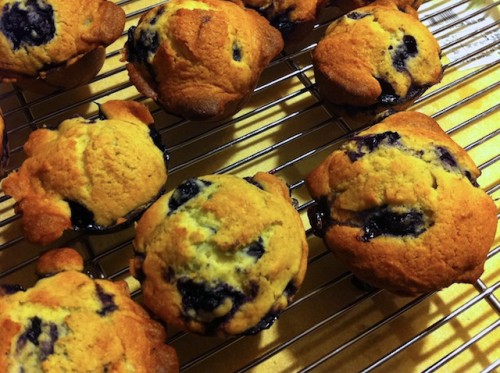 I have a little travel ritual. The night before a trip, when I’m pulling clothes out of the dryer and rounding up cables and chargers and finishing up the writing I need to do before I go and pulling together the files I need so I can continue to write once I’m there and trying to decide which camera to bring and nervously eyeing the clock and wondering if I have time to clean the kitchen and also losing my optimism that this will finally be the trip in which I actually get a reasonable night’s of sleep before I have to haul ass for the airport, I repeat the following phrase:

“My life would be sooooo much simpler right now if I weren’t leaving tomorrow.”

I spend a few moments fantasizing about that parallel world in which I’m spending this same evening getting a little work done, watching a little TV, doing the dishes, and then sleeping for six to eight hours.

Then I’m snapped back to reality.

You can tell that I’m not in San Francisco right now. One, I didn’t start this post with “Greetings from San Francisco, where I’m holed up for a few days to attend the keynote that kicks off Apple’s Worldwide Developers Conference. Secondly, I seem to be clear-headed and rational and I actually have time to blog this morning.

Mind you, I’m resenting my clear-headed, rational thinking. That’s what led to my staying home. If I can line up someone to cover my travel expenses, or if I get a vibe about the event early enough that I can book an affordable flight, or if I think that I’ll miss out on a lot of the story by staying home and following the liveblogs, then whoosh! Off I go. That’s why I’m a regular at these events.

In the end, I flipped ahead to the end of the book and saw myself shuffling out of the keynote hall at Moscone West and thinking “I could have stayed home, read three liveblogs simultaneously, phoned some sources in San Francisco, and written the exact same column I’m about to write in the next two hours.

“Only I’d be writing it on the brand-new 11″ MacBook Air that I paid for with the money I otherwise would have spent on airfare and two nights of meals, hotel, and transportation.”

No, I didn’t buy an Air. But that’s the principle. The other thing is that I’m up to my neck in work on the new book and the water’s rising. Plus, it’s E3 week and Microsoft will be delivering their own Interesting Keynote, which I’ll need to write about. It’s a terrible week for me to take off and close my office.

Just because I’ve decided not to fly out for WWDC doesn’t mean I don’t think Apple will show off anything important, o’course. This will clearly be Apple’s biggest announcement since they showed off the original iPad.

Though from what I know and what I suppose, I’d probably rank it closer to Apple’s original iPhone keynote. Today, Apple’s showing off MacOS 10.7, iOS 5, and iCloud, a new service that glues everything together. Overall it feels less like “we’re coming out with the next version of an existing thing” and more like “Here’s how we’re defining the direction of the company for the next five years.”

I’ve dabbled with and abandoned a couple of different columns about what iCloud will be. I think the only smart call is to wait and see. The more I hear about iCloud the more certain I am that any comparisons to Dropbox, or to Amazon or Google’s cloud music services, will seem laughably clumsy when Apple turns over all of its cards. “The glue that holds everything together” will sum it all up, methinks.

Cloud music will be its most visible and most easily demonstrated feature but in reality, I think iCloud means that a new Apple service will manage all of the information you deal with on a regular basis and make sure that anything you need can be projected into any device you’re using.

The strongest clue in this direction came last Tuesday, I think. Apple released new iPhone and iPod Touch editions of Pages and Keynote. Previously, they were only available for the Mac and the iPad, where (frankly) they make clear sense. Are you terribly likely to want to write a 1000 words on your iPhone? Or build or even edit a presentation on that tiny screen?

(Though, yes, the idea of flying somewhere to give a presentation and boarding the plane with just your iPhone and a VGA adapter in your pocket has a definite Bell Labs “The Miraculous World Of 2000” filmstrip quality about it.)

Beyond that? I’m hoping that iOS 5 incorporates better systems for app switching and alerts. I want to see better voice control.

Last week, I ended a column on Windows 8 with a warning directed at Google’s Android team. “When a new version of Microsoft Windows hands you your ass in the category of user-interface clarity and simplicity,” I said, “It’s time to sit down and seriously think about the choices you’ve made in life.”

I now say the same things to Apple. Android’s voice commands are insanely good. You want to go to the nearest Outback Steak House? You hold down the Search button and say “Navigate to the Outback Steak House.” It finds the nearest one and off you go. Speech-to-text dictation is also quite solid. You wouldn’t want to dictate a whole email with it, but it’s perfectly serviceable for text messages.

Notifications aren’t perfect in Android, but they’re better than what we’ve got in iOS. Tap the menubar and a list slides down. There it is: everything that any piece of code has recently wanted to tell you. Did that podcast finish downloading? Yup: your podcaster left you a note. Cool. I had a hunch that there was a way to improve upon iOS’ “I’ll block the screen with a dialog box that has to be dismissed by the user” approach.

I also think it’s time for iOS to have some sort of high-level mechanism for interapp communication. There are ways for one app to pass information to another, but usually it requires a lot of coordination between the developers of those two apps. TextExpander, for example, isn’t terribly useful as-is. It expands keyboard shortcuts into large blocks of text, which is lovely, but you then have to cut the text from the TE app’s pasteboard and then switch to the destination app and then paste it in.

TextExpander works natively inside many third-party apps without any need for cutting and pasting…but only because the TE code is baked right in. I’d love for Apple to come up with some kind of a mechanism where an app can “receive” the functions or information of another app without having to incorporate its code directly. I’d love it if my car GPS app could pass the text “Next turn: right onto Exit 29 in 23.8 miles” to a big, friendly music player app, which could then discreetly display it in a tile.

Well, we’ll know soon enough. The keynote kicks off at 10 AM Pacific. I’ll be sitting here, twitchily eyeing three liveblog windows at the same time, and then I’ll be joining a special edition of MacBreak.

But yes, I’m well-rested and I’ll be in a comfortable chair with a cold beverage nearby. I can’t get that at the Moscone Center. And you know what I did last night? I baked goddamn blueberry muffins, that’s what I did.

I will probably have another couple of muffins. It won’t make me feel much better, but hey, they’re really good muffins.