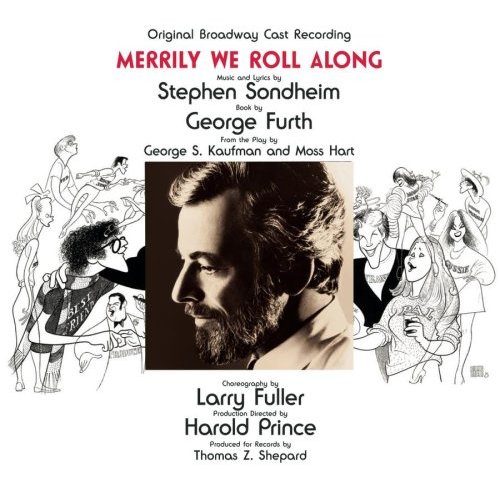 If a movie flops, that’s that. If the movie was based on something else, maybe another team will take another crack at adapting the source material after enough years have passed and the floppage has been forgotten. There’s also an outside chance that the movie will have become such a landmark of failure that a squad of improv comics will do a sarcastic stage adaptation of it and (fingers crossed) they’ll get to make a sarcastic remake of the film (see: “The Brady Bunch Movie”).

(No, please, I’m definitely not telling you to see “The Brady Bunch Movie.” I meant “see” as in “I refer you to…” Though frankly, even looking at its IMDB page will make you very, very sad.)

Otherwise, a flop movie is damaged goods and nobody will ever touch it again. “Heaven’s Gate” was a legendary failure. In fact, this movie is credited with causing the collapse of United Artists. I’ve seen three different cuts of the film and I can certify that this is no maligned, hidden gem: it’s awful. It’s like a collection of subplots loitering around the set in search of a story to support. But I regard it as a tantalizing failure. The cinematography is often stunning. The performances are exceptional. The story…is incomprehensible. Yet I get a sense that the writing of the screenplay was going great until it derailed at point (X,Y) and if someone can locate those precise coordinates and apply some course corrections…wow, “Heaven’s Gate” could become great.

It’ll never happen, of course. It’s a movie. Dead is dead. Why remake a bad movie when there are so many bad unproduced screenplays waiting to be filmed?

Different rules apply to plays and musicals. Theater doesn’t attach stigma to failure; on the contrary, failure is a traditional part of the development process. Launching a theatrical production is like launching a paper airplane. You watch it fail and use that data to build something that will fly.

Some producers and directors look at a failed play and see an unsolved puzzle. It sticks with them…particularly if they’re the ones who created it in the first place. And, admirably, theater has no tradition of attaching stigma to failure. “Figure out what’s wrong and try to fix it” is an accepted part of the process.

“Merrily We Roll Along” closed on Broadway after 16 performances, bad reviews, and more audience walkouts than most creators like to see. It’s the story of a young, struggling Broadway composer who damages two close, lifelong friendships on his way to becoming a wildly-successful Hollywood producer.

It’s the last play that Sondheim includes in “Finishing The Hat” and he does a great job going through the black-box data on the failure. The structure of the musical used the same structure as the 1934 Kaufman and Hart play that served as the basis of the story: the curtain opens in the present-day and as the show progresses, we keep going further back in time. So it was tricky for the audience to follow, particularly as relationships between characters kept changing. A stopgap solution: have the characters wear tee shirts with a description of their current relationship with the main character (“Ex-Wife”) actually written out on them.

The characters are in their Forties at the start of the show and in their early Twenties and late teens by the end. The production had the idea of casting college-age actors and having them play younger over the course of the evening. The problem there (Sondheim writes) was that there aren’t many 20 year old actors who can play anything other than their 20-year-old selves. He described the audience reacting to the opening scenes of “young adults playing jaded grownups” as if they were watching a college production. Which, Sondheim says, was an intended effect but it didn’t play with the audience the way he thought it would.

The most interesting note that Sondheim makes is the “time moving backwards” structure of the show interferes with the audience’s sympathy for the main character. When they meet him, he’s rich, at the top of his profession, kind of a jerk and a shallow phony. It’s hard, then, to sympathize with him as they see him screwing over his friends and disconnecting from his creative passions in subsequent scenes. By the very end, when the audience sees the young and idealistic composer complimenting his friend’s play and suggesting that they work on a musical together…they’re supposed to compare and consider this likeable underdog and the jerk he became, and see the tragedy. It’s all there, but (never having seen the whole musical, myself) I can imagine how the overall effect requires more of a contribution from the audience than they might have been prepared for.

The book describes all of the problems that were identified and addressed over the decade of different productions that Sondheim worked on before he considered himself satisfied with “Merrily We Roll Along.” That’s an interesting relationship with a work, isn’t it? It feels like that scene in “Seinfeld” where George is humiliated by a co-worker during a meeting, and then he keeps trying to re-stage those exact circumstances so that he can use the devastating comeback that came to him later on. You don’t get to do this in real life but as a theater composer, when you later think “You know what that character should have done?” you can do something about it.

This “Seinfeld” reference also allows me to mention that Jason Alexander was part of “Merrily”‘s original cast. In fact, when Sondheim writes about the mistake of casting inexperienced young actors, he singles out Alexander as the only one capable of playing a 40-year-old. “It’s as though he had been born middle-aged,” he wrote.

Yup, another example of the Charles Nelson Reilly Effect. It blew my mind when I learned that he’d come to “Seinfeld” off of a successful Broadway career capped by a Tony award for Best Performance By A Leading Actor for his work in “Jerome Robbins’ Broadway.”

The mind is good at forming retroactive connections. Every time I see Costanza do one of his rare little dances of joy (see: “The Puffy Shirt,” “The Trip, Part 2”) (yes, do see them) I can’t help but think he’s rocking some of the moves he used on stage while singing “If I Were A Rich Man.”

And damn, the man has a terrific voice. You’ll recognize him instantly in “Opening Doors” as the theatrical producer that the two composers audition for.

“Opening Doors” is practically an entire musical play in itself, with a beginning-middle-end arc and character development throughout. It’s also emblematic of why it took me a long time to warm to Sondheim.

I wish I had enough musical knowledge to articulate my early reactions. When I thought of a Sondheim song, I imagined a performer having to strut sharply from one separately-lit and dressed section of the stage to another as he went…”I’m singing, and I’m knocking on a door” “Heeeeere I AMMMMM at a blaaackbooAAARRRdddd, because nowww as I sing my next linnnneeee it’s three months later and I took that teeeeaching job…” “Whoops, here in the middle I have a different job cleaning the poooool filters in an aaaaaquacaaaaaade because the school burned DOWNNNNNNN!!!!”

You know what I mean? Lots of shifts in tone and melody and place, and characters who are clearly going through a lot over the course of a single song. Lots of stacatto declarations. Overall, Sondheim is the only composer who can get a character to commit adultery, confess to his wife, abandon the daughter his mistress gave birth to, and then wonder if he should accept his daughter’s invitation to her new gallery opening after thirty years of estrangement…all within the margins of a single nervous ballad.

(Side complaint: this types of songs also present frequent challenges and frustrations to a devoted shower singer such as myself. Right about the time when I’ve started to throw myself into the song, I’m forced to hold my position while a countess enters the bathroom, muses for eighteen bars about broken jewelry, and then moves off. Then I get to sing some more. But while I was en tableau all of my Irish Spring Body Wash dripped off and I need to reapply and lather.)

I’m not saying that this observation was off-base. In many cases, it’s spot-on. I guess what turned me off about these types of songs was that I heard them done so poorly by so many Sondheim pretenders and parodists that I wasn’t leaving my mind open to the solid features of the original.

Sinatra and Elvis Presley recordings have the same problem. It’s hard to lock your memories down on the originals any more.

And I know it’s kind of an ironic admission for me to make, given the nature of this song and “Merrily We Roll Along.” Here I am, complaining (or at least observing) that many of Sondheim’s songs have a beauty that require active comprehension. In “Opening Doors,” Jason Alexander’s theater producer character is rejecting the composer’s score and complaining

He has a point. I’ll still take Sondheim over Jerry Herman any day, though. “Penny In My Pocket” will take me nicely through the wetdown/soap/lather/scrub/rinse/shampoo/lather/rinse/conditioner/set/rinse cycle. But leaves me with a somewhat emptier feeling.

Preview “Opening Doors” on the Amazon MP3 Store. Yes, I know…you can also get it from iTunes and elsewhere. But anything you buy on Amazon after clicking this link results in my receiving a small kickback in the form of Amazon store credits, which I assure you will be spent on foolish but fun things.