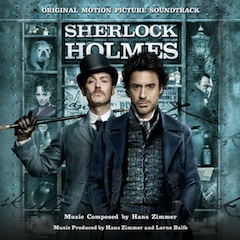 I Never Woke Up In Handcuffs Before

How are you celebrating Black Friday?

You are celebrating it, aren’t you? Because apparently, it’s now a national holiday. And you’re supposed to do something on this day because that’s what all the ads are telling us.

Oy. I’m amazed by the skill with which America’s elite corps of tactical-ops marketers can take any circumstance and ruin it, no matter how commercially-positive it already was. Without any interference or direction whatsoever, American consumers decided that the day after Thanksgiving was a lovely day to start our holiday shopping. It’s perfect. We all have the day off. Plus, we’ve just spent a whole day with our families and have finally locked down the gift list.

Example: your sister Carlene had a big screaming fight with your brother Earl, and has vowed to never set foot in his house again. Earl hosts the big family Christmas party. So: scratch one gift for Carlene. And because she’s a raging homophobe, it looks like your sister Nora can finally bring her longtime girlfriend. I bet she could use a scarf. Do lesbians even wear scarves? Oh, God, what a stupid question of course they do.

Great. But somehow, this happy state of affairs simply wasn’t good enough for retailers. So they gave the damned day a name and that was the first domino towards turning Black Fr…the day after Thanksgiving into a giant vortex of soul-crushing suck. The ads begin just after Halloween, the deals from even the big-box stores are sketchy (“Huh. So, Goya makes both black beans and HDTVs, apparently”), and you feel like an easily-manipulated rube if you buy so much as a tank of gas on that day.

How the bloody hell did they manage to take something that was commercial to begin with and somehow make me feel like they ruined it by over-commercializing it? I swear, I think we’re just another two years away from Hallmark selling a line of Black Friday sympathy cards.

Sorry to hear that you didn’t get
The game console you lined up at 3 AM for.

But congratulations on ripping out
That sales clerk’s hair extensions.
You really gave that b**** something to think about.

Geez. I maintained a beloved day-after-thanksgiving tradition for years. I’d drive to the mall way, way early — like, stupid-crazy early…a whole two hours before the stores opened — choose the best parking spot, and spend the entire day passively annoying my fellow citizens by teasing them with my parking space. I’d buy something and then walk through the now-completely-jammed parking lot with my bag, aware that I was being slowly stalked by multiple drivers desperate for a spot. I’d get to my car and when I finally get the door open after fumbling with my keys…I’d put the bag inside and walk back into the mall.

Yes, it was childish. But it was also therapeutic. I drive around in Boston-area traffic all the time. It’s not for wimps. Usually, you get the impression that the windshields on every other car on the road are on a ten-second delay, or that 30 percent of all other drivers are licking toads.

But I’m not one of those people who seethe and scream in traffic. My solution was to bank all of my aggression against my fellow drivers and get all of my revenge on a single, gloriously-satisfying day.

I wouldn’t dare do that this week. You’d need to get to the mall at about 5 PM on Thanksgiving to have any chance at getting a decent space. And if you so much as fail to say “I beg your pardon” after someone crashes a shopping cart into your aunt’s wheelchair…you’ll get shot.

Oh, yes…today’s tune. It’s the perfect companion for a day spent scrambling through stores and malls. “I Never Woke Up In Handcuffs Before” is stress, set to music. It’s from the soundtrack to “Sherlock Holmes.”

Hans Zimmer got promoted to a higher level in my Awareness Scale this year. Here, let’s try something. Read this line:

And now you’re thinking “Inception,” right? That’s Hans Zimmer. He’s Christopher Nolan’s favorite scorer. I’ve been listening to his music for years (it turns out) and now I’m actually aware that there’s this guy who writes some terrific music that I want to own.

Listen to “I Never Woke Up In Handcuffs Before” on the Amazon MP3 Store.

As always, this link is tagged with my Amazon Associates account, which will be credited with a small kickback for all of the purchases you make during that Amazon.com session. And as always, it comes with the promise that I shall use all of those Amazon gift credits to purchase silly but awesome things for my personal amusement.

I mean, if you’re going to spend this day online shopping anyway. I lost my Beloved Holiday Tradition Of Passive-Aggressive Annoyance but maybe I can cop me a new camera or something out of the deal anyway.