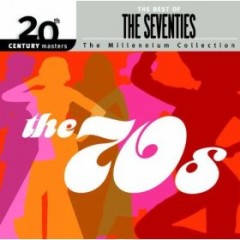 Gladys Knight and The Pips

Good reasons why it’s for the best that I wasn’t selected to be an Apollo 11-17 commander or lunar module pilot:

The one reason that trumps them all:

I would believe that I could end any argument in my favor just my raising my hand and saying “Okay. Who here has walked on the Moon? Oh, so it’s just me, then? That’s what I thought…”

I would be telling people “You should be a little grateful instead of raising such a fuss. There aren’t more than 7 people in this country who can honestly say ‘A man who once walked on the Moon peed on one of my trees early in the morning on New Year’s’.”

I know that this is how I would behave. I bet that each of the 14 astronauts assigned to lunar surface excursions spent just 20% of their training time learning how to operate the spacecraft and conduct scientific exploration. The rest of the training was in not to be a total d*** about it.

But I wasn’t an Apollo astronaut. And unless China needs paunchy men who are experts at M*A*S*H trivia and little else, I’m not likely to walk on the moon, ever.

More realistically, however…I might one day be a Pip.

As in: one of Gladys Knight’s backup singers.

Barriers are being broken down left and right these days. Who’s to say that it isn’t time for a white Pip? And while there are only three slots open, I have to think that the original members are going to start aging out of the system soon.

In many ways, being a Pip would be as good as being an Apollo astronaut. I couldn’t be quite so aggressive when boasting about that item in my cv but I’d still be damned proud of it and would try very hard to let people know. Like, maybe I’d be in Chipotle and I’d see someone spill their drink and then I’d swoop in and ask “Can I get you some paper napkins? I’m one of the Pips.”

I imagine that there’s something quite satisfying about being one of the Pips, or even a former Apollo astronaut. There’s something inside each of us that yearns to have accomplished something within our lifetimes that other people will be able to acknowledge as Great, without any need for further justification. Think about the time your grandmother would show you a family photo album. I’m sure that she often stopped at a picture and said something like “This was my mother’s Uncle Wilton. He was a steady, loving husband and father who worked very hard to ensure that his family’s needs were fully met.”

But you don’t remember Great-Uncle Wilton, do you? Great-Great_Grampa Verne is clear as a bell. “He toured the vaudeville circuit in the Pacific Northwest with his famous knife-catching act. There’s even a style of tongue suture stitch named after him.”

As well as your Cousin Saltina. “She moved to Hollywood to be in the movies, but didn’t have any success. Much later, she discovered that some photos from a modeling shoot she did were used to create the lady in the Columbia Pictures title card. She’d signed away all of her rights, so she doesn’t get any money or credit.”

“…so two weeks go by, and your great-Uncle Ham gets a call from the railyard. ‘The thirty foot statue of Lenin you ordered is here.’ And he’s all ‘but I didn’t order a thirty foot statue of Lenin’ — Ham thought he was buying four tons of scrap metal, an easy flip — and the railyard is all ‘yes you did, your name is on the invoice and if you don’t get it out of here by 3:30, we’re going to have to start charging you $180 a day to lease the railcar and the siding we’ve rolled it out to’. He doesn’t know what to do, so he rents a huge flatbed and crane and he and his friends somehow manage to get it into his backyard while he figures out what to do. Well, his neighbors start making this huge fuss right away. Ham, he never liked being told what to do, so he gets the crane back and he assembles the statue, all thirty feet of it, just to tell the neighborhood to go screw themselves. He decides he likes it, so he keeps it. It’s still there. It’s this really popular county landmark. He even made this huge Santa hat for it and the local news comes by every December to film him dropping it on Lenin’s head…”

What I’m saying is that I want to plant my flag in family lore, as it were, and I’m certain that being one of the Pips would tick that checkbox off of my life list quite nicely. I imagine an awkward great-great-grand-nephew at a school dance, wanting to make small talk with some girl (or boy) he’s sweet on but not knowing how to break the ice. Then “Midnight Train To Georgia” comes on. He excitedly points at the source of the sound and says “I’m related to him. That’s my great-great-grand-Uncle Andy!” Then the target of his affections would ask “What, your uncle is the DJ?” and he’d reply that no, sorry, he meant that he was related to one of the world-famous Pips.

I’m possibly even more qualified to be a Pip than to be an astronaut. Every time this song comes up on Shuffle Play, I can’t help but bust out my Pip moves. The job seems to require that you be very smooth for several measures and then lean forward and sing “Leaving on that midnight trainnnn…WOO-WOO!” while you mime a train whistle being pulled. And then you just smile and keep right on being smooth for a while longer.

Yes, I do this every time.

If the song comes on while I’m driving, I dispense with the hand gestures and articulate my Smooth Pip Moves mostly through my neck and shoulders. I advise you to give it a try. Pipping is a very soothing and satisfying mode of being.

Preview “Midnight Train To Georgia” on the Amazon MP3 Store. Anything you buy on Amazon.com during that visit will result in my receiving a small kickback in the form of store credits, which I promise to spend on heroically silly things.