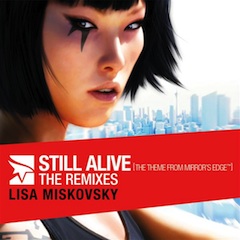 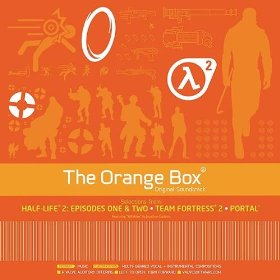 Let’s discuss the concept of a person or a thing being “world-famous in Poland.”

This is one of my favorite lines from “To Be Or Not To Be” (the 1942 film with Jack Benny, or the 1983 remake with Mel Brooks). It’s wartime Poland, and a national theater company (owned by its two stars, a husband-and-wife team) is by turns adapting to German occupation and trying to find a way out of all this trouble.

The German general in charge wants to shut the theater down as a nonessential waste of electricity and resources. The wife meets with the general in private, trying to reverse his decision by talking up the importance and popularity of the theater.

“I’m surprised that you’ve never heard of my husband,” she says. “In Poland, he’s world-famous.”

And here you have in a nutshell the whole concept of Internet-vectored Fame. In my culture, in my community, the Tron Guy is famous. So much so that I think I can make a reference to him in polite society and everyone will know who the hell I’m talking about.

I, too, am World-Famous In Poland. I’m amazed that in certain specific places — again, Poland — people come up and tell me that they read and enjoy my work and ask if they can get a picture with me. But I don’t fool myself into thinking that this sort of notoriety extends even one meter beyond the Polish border.

(But on those rare occasions when I’m recognized in the street and a there happens to be a friend with me to witness the event, I’m smart enough to pretend that this happens to me alllll the time and that it’s just part of the burden of being an internationally-beloved Industry pundit.)

In Poland, “Still Alive” — the end-credits tune from the awesome puzzle/action game “Portal” — is every bit as big a hit as any track from The Beatles’ “Abbey Road” album. And at this moment, the Polish among you are mentally (or actually) pumping your fist in the air and shouting “Yeah! GlaDOS! I KNEW it just from the title!”

The rest of you are thinking “You mean there’s a video game that ends with that 1970’s disco song?”

It’s amazing. The nature of Internet Fame means that “famous” is becoming a binary setting. I may have never seen “I Heart Huckabees” but at least I’m familiar with it. Lily Tomlin and Dustin Hoffman play quirky alternative pop-psychologists who follow the protagonist around…er…for some reason.

Well, there you go. The movie is genuinely famous. I didn’t see it but I couldn’t escape awareness of it.

In “Internet Fame” it’s not possible to have merely heard of “Still Alive.” Either the track’s in your iTunes library and it’s in a whole bunch of your top playlists and maybe you even went out and bought the game after buying the song, instead of the other way around. OR, you were completely unaware that the song ever existed. Never heard of the composer, never even heard of the game.

Binary fame. On or off. No middle ground

“Still Alive” is indeed one of the top songs in my library, and not merely because I’m (metaphorically) Polish. It’s a great tune, with a unique signature that’s more or less impossible to cover. The lyrics also have that same sort of double-meaning that marks some of the best Broadway songs.

Check out these lyrics:

Very lithe and malleable. You kind of want to meet the woman who sings these lines. She seems a bit intense, perhaps, but it’d probably be an interesting lunch all the same.

GlaDOS is one of the most wonderful characters ever created for a game. The end-credits song is an extended “Nyahh-nyahh” to the player: despite what you thought when you chucked her orb-like ore into the fire, GlaDOS is still alive and well, thank you much, and the fact that you temporarily shut it down means that it’s just become smarter about how to defend itself. The next human to enter the complex will face much more effective weapons and tactics.

It is probably the most troubling testemony to optimism and determination that’s ever been set to music. Not exactly “Hello, Dolly!” is it?

Back to the idea of cover versions of this song. I keep thinking of tunes like “If He Walked Into My Life” from “Mame.” Jerry Herman wrote it as a straightforward character piece (or so he claims), in which Auntie Mame wonders if she raised her nephew well and if she’d repeat the same mistakes if she had to do it all over again. But then Shirley Bassey and others started recording it as a torch song, and the same (or just lightly-tweaked) lyrics took on a new meaning.

“Still Alive” has too many problems to ever make it over the border. It’s a pleasant tune all by itself and I think this recording works. But for it to ever make it across the border and be covered by other singers, every copy needs to come up with a note of explanation about  who GlaDOS is and what she’s done or else the lyrics don’t make much sense. In the Jerry Herman song you can sort of gloss over lines like “Why did I ever buy him those damned long pants?” but making guns and killing people…well, no. Obama is coming over and we have to make the place look nice. We can’t have lyrics like that in our house.

Also, the recording itself is just too idiosyncratic to ever be covered. You need the electronic, deceptively-innocent  voice of GlaDOS. There’s a version recorded by the song’s composer which simply doesn’t work.

For reasons best left unexplored, I have been amusing myself for the past few minutes by singing “Still Alive” as though I were Robert Goulet:

Let’s just back away from that slowly and end this post before more people get hurt. But before I do, I will call your attention to the fact that Robert Goulet himself can’t sing “Still Alive” because he isn’t.

Quick, while you still continue to live! Purchase “Still Alive” from Amazon MP3 and send a few coins into my Amazon Associates referral account:

And if you’re so upset about the Goulet impression that you want to make sure that I profit not one sou from this post, you can purchase the track from the iTunes Store instead.

I’ll miss the cash, but in this case…I understand. Really.