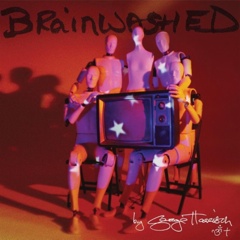 Between The Devil And The Deep Blue Sea

I’ve read epic tales of music hounds who search for rare and “lost” recordings as though these tunes were lost children, or violent criminals, or that one peanut M&M that you remember dropping under the sofa just before you started the movie an hour ago. Robert Crumb and Harvey Pekar have written comics on that subject. Crumb was so obsessive about collecting old blues and jazz records that he’d often target a neighborhood of old people down south and go from door to door, asking if they had any 78’s they’d like to get rid of.

(Thus proving that there are elements to Crumb’s weirdness that go beyond looking for women of good, sturdy Eastern European stock and then asking them for piggyback rides.)

You might also think about the lonely but brave preservationists at the Smithsonian and the National Archives, keeping our cultural heritage safe for future generations. Good men and women, every last one of them.

I say this as a sheepish introduction to this track, which was one of my most-played acquisitions of 2011. How did I, Andy Ihnatko, intrepid musicological explorer, discover this wonderful piece of music?

Um…I saw it on that documentary of George Harrison that Martin Scorsese made for HBO.

Yes. I admit it. Often, HBO or some other entertainment conglomerate is responsible for introducing me to music. It doesn’t lend me a whole lot of “we are the 99%!” credibility, I admit. But I got the song and that’s really all that matters, isn’t it?

“Between The Devil And The Deep Blue Sea” was written in 1931 or thereabouts, which falls somewhere in the final act of the popularity of sheet music as a means of music publishing. It’s hard to imagine this medium playing the exact same role in the 1800’s and early 1900’s as an MP3 download does today. If you grew up with a piano in the house, sheet music was that dusty stuff inside the bench that you’d pull out when it was time to prepare for a lesson. Back in the day, no, that’s how a hit popular song made its way across the country.

I wonder if that’s part of the charm of these tunes. They weren’t going to be just listened to…they were also going to be played. Or, rather, “performed.” The paper was nothing until it was placed on a little ledge at the piano and somebody in the house sat down and plunked through it.

How did those people relate to music? There couldn’t have been anything mystifying about it. To this day, Beatles fans and guitarists continue to debate about exactly what chord George Harrison plays to kick off “A Hard Day’s Night.” In 1900, the music is just an abstraction and every performance redefined it to the ear.

You also must have felt a tremendous sense of investment in the piece, as you trim bits that seem too hard or add little fills as the song becomes more familiar to your fingers and you see opportunities to amuse yourself.

You don’t get that sort of thing today. A slim percentage of tunes become “standards” in every sense of the word. You can go ahead and record “It Might As Well Be Spring” but you do so with the knowledge that you’re settling into a crouch at a starting line next to every great vocalist who ever existed and the listener can’t help but compare.

Otherwise? We don’t click into songs; we identify with performances. And learning how to actually perform a song that you like Just Isn’t Done.

One element in which we’ve come full circle, though: we’re back at the point where we tend to relate to music as individual tracks divorced from any larger context. Purists bemoan the fact that albums were designed not just as this specific group of songs, but as a presentation in a specific order. That somehow, Peter Gabriel’s “In Your Eyes” is a different song when it comes up on Shuffle Play than when it comes after you’ve just heard “That Voice Again” and then walked across the room and flipped over to side 2 of “So”.

Want to learn “Between The Devil And The Deep Blue Sea”? No sweat: here are the lyrics and chords, via the wonderful Ukulele Boogaloo site. I’m about a third of the way through it, myself; I’m at the point where I can play the verses and only start muttering “Crap, no, that’s not it…” when I get to the choruses.

George Harrison became a big fan of the ukulele later in life. One has to imagine that it was a much easier and relaxed leap than when he became curious about the sitar. For sure it was easy to travel around with a half-dozen ukuleles in the trunk of his car than it was to travel with a six-pack of sitars. The uke is a highly-social instrument and Harrison was a highly-social musician. The documentary underscores how much of Harrison’s music consisted of him wanting to get together with his friends and play. The documentary has Tom Petty telling the story of George dropping off several ukes at his house, just in case he’s ever over and wants to get another uke jam going.

I’m so glad that this recording made the final cut of Harrison’s final — yes, posthumous — album. It represents a kind of music that’s sorely unrepresented: strictly fun tunes that everybody can get behind. Sure, we need the kind where it sounds as though the Gods are riding down from the heavens on beasts of stone, intent to steal back Fire from humanity. But can’t we also have these lovely little plunka-plunka-plunka ones?

That said: I’d like to hear more about the relationships that Ted Koehler (the lyricist) had with the women in his life.

I don’t want you
But I’d hate to lose you
You’ve got me in between
The devil and the deep blue sea.

This is the sort of man that teary-eyed women used stand up and talk about during a taping of “The Oprah Winfrey Show,” no?

Here’s the link to buy/preview “Between The Devil And The Deep Blue Sea” from Amazon. As usual, anything you buy after clicking this link results in a small kickback in the form of Amazon credits, which I promise to spend on foolish and wonderful things.