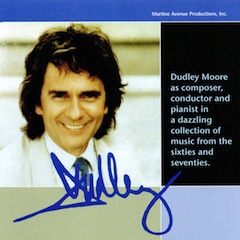 As I was writing yesterday’s Advent post, it occurred to me that one of the 50 or so Advent Calendar candidates in my playlist would make an absolutely perfect selection for Day 5: “Lillian Lust.” It links back to the tracks from the previous three days:

1) It’s from a soundtrack, just like “Anything Goes” and “The Devil’s Concerto”;

2) “Lillian Lust” was composed for “Bedazzled,” which was directed by Stanley Donen. Yup, the same man who directed the “Moonlighting” dance sequence that was set to “Big Man On Mulberry Street”;

3) “Bedazzled” is about a deal with the devil, just like “The Devil And Daniel Webster.”

If you want to stretch it out just a little, it even connects back to Day One: I bought this track after seeing “Bedazzled” on cable, which is the same reason why I bought “Between The Devil And The Deep Blue Sea.”

I saw the pattern, I sensed an opportunity to complete the pattern, and I just couldn’t let it go. It’s like hearing someone tap “Shave…and-a-hair…cut…” and then he stops. You must tap “TWO! BITS!” Otherwise, you’ll be fitful, distracted and irritable for the whole rest of the day.

I can only score this experience as a failure of personal resolve. Sometimes, you sense that there’s a test in front of you and that your next choice is a crucial one. Are you a person of complex and subtle intellect and reason, a mature adult in full control of his behavior? Or are you a damp robot who can process a billion instructions per second but who on a kernel-level exists only to connect stimuli to the proper pre-defined responses?

“Lillian Lust” is a good tune. I wouldn’t have put it in the Candidates playlist if I didn’t like it lots and lots. It’s not my favorite track in the list of Advent Calendar candidates, but I probably would have posted it one way or another. That said, however…

Oh, well. I guess I should move on to the next step in my self-diagnosis.

(‘Scuze me while I make some adjustments to a bookshelf…) 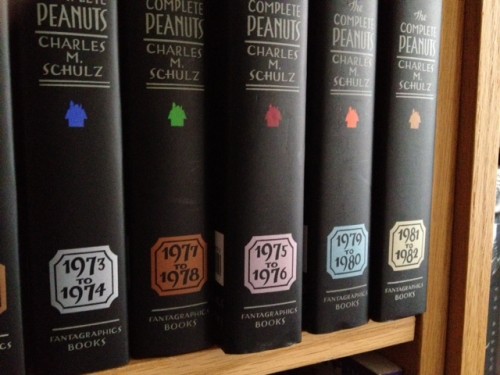 Okay. So if I wake up in the middle of the night in a cold sweat and bite my lower lip for twenty minutes in the dark and then run down to my office to fix fix fix fix fix that, it’ll be the final and most damning proof that I’ve got a serious problem and I should probably address it chemically..

Three cheers for Moore. When a famous person proves to be talented in a second field (like during that episode of “Big Bang Theory” midway through the first season in which Johnny Galecki’s character plays the cello really, really well) isn’t it just a little bit like seeing Clark Kent turning into Superman? You had no idea that he had these…secret powers.

But when you see exactly how skilled Dudley Moore was as a musician — not just as a piano player, but as a composer and improviser — you realize it’s less like Clark Kent turning into Superman and more like Superman turning into Batman. Moore could easily have inhabited either role exclusively, and with exceptional success.

“Bedazzled” offers another peek at a kind of Satan that I really, really like. George Spiggott (played by Moore’s arch comic partner Peter Cook) has been at this gig for eons and he knows that the subtle approach is the most effective. There isn’t a whole lot of cackling and scheming about his methods. He’s collecting souls, but chiefly just to win a bet with God.

As for his efforts to turn human existence on Earth into a living Hell, he goes about it by filling our lives with relentless petty annoyances and by manipulating us into lowering our dreams and expectations. The Devil simply sees to it that we allow every restaurant to become like an Olive Garden and that most popular phone OS is Android and that “Twilight” book series becomes an international best-seller that spawns a series of moneymaking movies. Why bother summoning the galloping hordes of Hell’s armies? That’s just, you know, showboating.

This scene tells you everything you need to know:

Dudley Moore is Stanley Moon, a fry cook who’s sold his soul in exchange for seven wishes, which he uses to try to win the heart of a waitress he adores. Each wish goes awry, of course, and in between these scenes, as Stanley contemplates his next wish, Moon and the Devil build an odd friendship. Or maybe it can be described more accurately as a pleasant but superfluous owner/pet relationship.

It’s not much of a story, honestly. The real premise of “Bedazzled” is that any story framework that supports a nonstop interplay between Peter Cook and Dudley Moore for an hour and a half couldn’t help but be hugely funny.

The filmmakers were extremely correct in this supposition. “Bedazzled” serves as an almost nonstop showcase for one of the most uncannily well-matched comedy duos that ever existed. Like Laurel and Hardy, Pete and Dud’s comedy doesn’t come from two people being funny in the same space. The comedy is in the clubs that they pass back and forth.

Here’s what I mean. In honor of the holidays, check out Dudley Moore as the apostle Matthew interviewing shepherd Peter Cook, witness to the birth of Christ:

Buy “Lillian Lust” on iTunes. You don’t need to “try” it, do you? The video I linked earlier has the whole thing and it’s a nice, clean recording.

Yes, iTunes. It’s one of those rare tracks that’s available on one of the megamusic stores but not the other. “But Andy…I so look forward to clicking on an Amazon link so that the things I buy during that session lead to your getting a small kickback!”

Oh, you’re such a dear. Here, at least consider buying “Bedazzled” on DVD. Don’t worry: I’ve linked to the proper one, not the wholly-unnecessary 2000 remake with Brendan Fraser.

I’m sure that pointless remakes of successful movies are just another part of Satan’s subtle and cunning plan.