I shot the supermoon tonight in my backyard. If the Moon is going to be accommodating enough to get a little bit closer to my camera, then I really shouldn’t look a gift satellite in the mouth, should I?

I find that the Moon is a most agreeable subject. It’s much more patient with the hobbyist photographer than the Blue Angels. The Moon has places to go, yes…but it’s in no hurry to get there and it’s willing to indulge the local paparazzi.

My consumer zoom tops out at a sensible 200mm which is fine if your subject is somewhat nearer than 240,000 miles from the focal plane but less than optimal if you want to take a photo of anything orbiting the planet. I don’t need an ultratelephoto lens (or a telescope with a camera adapter). I only want one. And I only want one a couple of times a year…like right now!

Amazon’s drone-delivery system (if real) is brilliant. I’m in my backyard and seeing this little white circle in my viewfinder. I could unpocket my phone, tap a few buttons, and then a half an hour later…RZZZZZZZZZZZZ! A quartet of quadrocopters with a net slung between them drops a Celestron gently onto the grass, next to my tripod. That’s the way to do it! Lock me into the sale at the moment of need, before I realize that this is a silly impulse and an unnecessary expenditure.

I’ve never owned a telescope. I suppose that these days, we use better technology for looking at the heavens: the Internet. Awesome (in the literal sense) collections of imagery collected by the latest generation of spacecraft observatories are right there to be found. Much of it is nicely collected in apps and services, like Google Sky.

I’m sure that I’m not getting the same visceral excitement that I’d experience by peeping at this stuff through an optical viewfinder. But I must swallow my pride and confess that the Hubble, Chandra, Spitzer space telescopes et al (and the people who click the buttons) are way better at finding and photographing interesting things up there than I am.

(It also doesn’t involve freezing one’s butt off when a comet is passing by at an awkward time of the year.)

Besides, the Moon isn’t like the Space Shuttle. There are a million photos of Endeavour, but only a few that capture the orbiter the way I saw it, conveying the emotions that I felt when seeing it. The Moon just hangs there, like the Mona Lisa. Once you’ve seen it, it’s hard to think of something new to do with the thing.

I still have “Milky Way galaxy” on my photographic bucket list, though. It’s a tough problem to solve. I’d need to go somewhere with no light pollution. That’s not a big problem. I’m actually intimidated by being interrupted by angry people with guns and flashlights wondering what the hell I’m doing in the middle of their field. One day, maybe, I’ll find an astronomy group and make a trek out on a good night. Is it BYOB, or do they have a cooler with an honor bar?

I was very much in support of the War of Independence. Or I would have been, if the Founding Fathers had extended to me the basic courtesy of asking my opinion. King George was just begging to be made an example of; I know I wasn’t alone in this opinion. Anyway, no, I’m not a big fan of the Royals. When I’m in England, I do use the money with the Queen’s face on it, but only because I can’t seem to run faster than an irate shopkeeper.

I’m also a huge fan of astronomy. That’s another thing I definitely would have voted for, if God had named me to His exploratory committee on the creation of the Universe, some 6000 years ago.

(I also would have suggested that when He faked all of the fossil evidence implying evolution and a much older planet, he should arrange some of the dinosaur skeletons in funny poses before He buried them. Archaeology is hot, back-breaking, and mostly thankless work. The unexpected discovery of a stegosaurus apparently sniffing another stegosaurus’ butt would add a welcome bit of levity to a grad student’s long, rough day, I reckon.)

I feel like I need to make both of those points before I say what I’m about to say:

1) You are very right to make fun of the banality of the Jubilee Flotilla. Even moreso if you made fun of people who acted as though it was about the most intensely impressive and moving sight of this or any other lifetime, doubleplus-moreso if this reaction came from the TV coverage.

(I tuned in to BBC America long enough to see a reporter interview someone who’d baked a commemorative Jubille cake in the shape of one of the Queen’s Corgis. And then I realized that somewhere on that same cable box, scruffy men and women were bidding on the unseen contents of storage lockers, and then I changed the channel.)

2) You lose a lot of your credibility, however, if you don’t acknowledge the same things about the Transit of Venus. Because both events were pretty much the same, from a spectator’s perspective. It’s something moving very slowly from Point A to Point B. That’s it.

“But…the majesty of the heavens!” you sputter. “The intricate and ineffable dance of immense celestial bodies, locked into the timestep of Newtonian rhythms! It won’t happen again for more than a century!”

Right, and now you’ve proven that the Transit of Venus was in fact even less impressive than the flotilla. The Brits have put a lot of miles on this Queen and they’ve kept her in service long past the date when they think about de-orbiting a monarch, before its instability becomes a hazard to others. In this sense, HM is like one of the Mars Rovers, with an extravagantly silly hat.

But! We’re most definitely not going to see her again in 100 years, nor 100 years after that. On that basis, what’s so special about something that happens over and over again, forever and ever?

I watched the official NASA livestream for a little while. I hit the Eject button at the point where someone started demonstrating his glass armonica. I’m not telling you that you shouldn’t have enjoyed it, mind you. I’m just suggesting, with the tone of a friend who only wants what’s best for you, that you can’t endorse that kind of thing and still single out any part of the Flotilla coverage as being “pointless and asinine.” No. Both, or neither. All right?

It’s actually cause for celebration. Your ecstasy at seeing video of a black dot sliding imperceptibly across a white dot comes from the exact same place as others’ delight at seeing an old lady on an upholstered barge. It’s an opportunity for us to celebrate the irrational foibles that unite us as humans. Let’s not quibble about which reaction is “rational,” eh?

And while we’re on the subject of a nice old lady’s inexorable march towards the grave: has the world community of lame comedians made any plans for the post-Queen Elizabeth II era?

Think about the paradise that three generations of male comics have been living in. For 60 years, if they had a bit that required an impression of the reigning English monarch, all they needed to do was deliver their lines with a vaguely-posh accent in a high falsetto. Done!

But once the Queen bites it, the free ride is over. I’m not sure that enough people even know Prince Charles’ voice that any impression would work, no matter how accurate. Every comedian with a King Charles III joke will need to brace themselves for a puzzled silence from the crowd, followed by the sincere question “But why has Hugh Grant been made King?”

If I were a lame comedian, I’d start working on a solution right away. It might be easier just to keep bumping off everyone in the line of royal succession one by one, until you hit upon someone with either a lisp or a terrible stutter.

I suspect that after you’ve drilled through the top eleven or twelve on the list, the thirteenth would be jittery enough to have acquired jittery tics that you’re looking for. 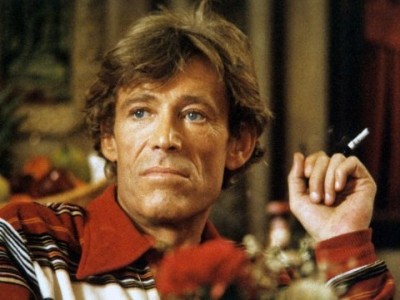 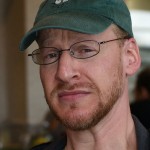