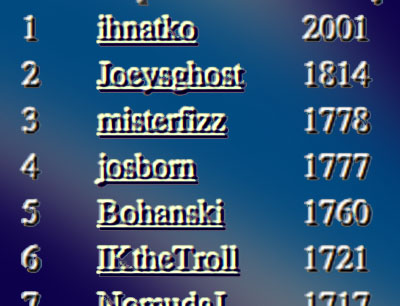 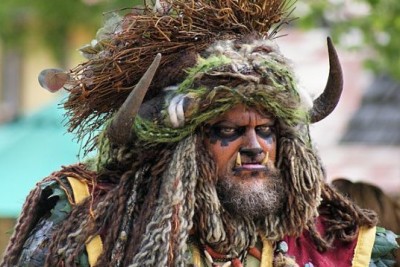 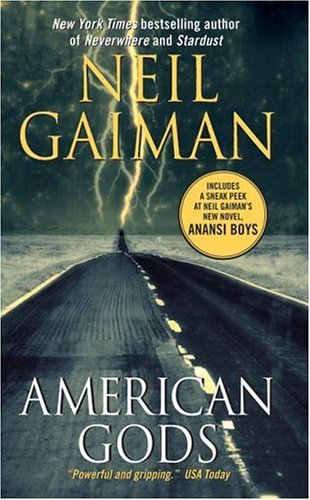 (If I’m to be honest, playing “Portal 2” actually had very little to do with the Soul-Searching Thought.)

(It’s the same thing about the deal with my pastor, who’d only turned up at my house because he’d forgotten to pre-order the game and he heard I had it)

…I decided that yes, in fact, I would like to be given a small speaking role in a new tenth-anniversary audiobook edition of Neil Gaiman’s “American Gods,” which is to be performed by a full cast.

And as luck would have it, there was actually a way that I could make that happen: by visiting the HarperCollins site, recording a short audition piece, and then browbeating you, o members of my blog, print, podcast, and Twitter audiences, into voting for me. Here…Neil himself explains the scheme on video:

So, you see, it’s much like “American Idol,” only without any chance whatsoever of hearing J. Lo tearfully tell a 19-year-old karaoke singer that his rendition of “She’s Like The Wind” moved her to reconnect with an estranged cousin. Surely you can support my endeavor on that basis alone.

I’ve already posted my audition file. Go ahead and give it a listen. Everybody has to record the same piece.

After the voting closes on May 2, the audiobook’s producers will listen to the audition files of the top twenty vote getters and choose a winner. As of the 20th (the last time the vote totals were updated) the top 20 auditioners have 300 to 500 votes. I reckon I’ll need a lot more than that by the time this is done.

The good news is that you can cast a vote every day.

The bad news is that you must be a registered user of the HarperCollins site in order to vote. I’m sorry that you’ll have to spend twenty or thirty seconds filling out a short online form but if it’s any consolation, you’re only the first of millions of people whom I’m willing to exploit and then abandon in my remorseless drive towards audiobook superstardom.

(Well, again with the truth: no, of course there will be no superstardom. Still, it sounds like it could be fun, doesn’t it? I sat down and recorded the piece on that basis alone.)

Okay, well, how about this, then: if I’m in the Top Twenty by the time the dust settles, I will record an hourlong audiobook and release it as a free download under Creative Commons. No kidding. I’ve already selected the text: a spiffy artist memoir in the public domain that I’ve re-read about three times since I discovered it on Google Books.

Excellent. Good. Thanks ever so. Once again, you’ll find my audition right here.

What’s that? Oh! Yes, that’s a brilliant idea: you certainly should submit your own entry. Head to this page for all of the necessary information. I assume your goal is to divert votes from the other 1000-2000 people who’ve uploaded auditions, thus in effect increasing my likelihood of a Top 20 slot? Oh, you’re just the best.