A photo project for a waiting audience doesn’t ship when it’s done. It ships when…okay, I hadn’t really thought the rest of this sentence out. I know it involves wanting people to see your photos while they’re still relevant. Self-loathing certainly factors in there somewhere, too, but then again doesn’t it always?

Here are my photos from Providence Roller Derby‘s Spring opener on April 7. Check ’em out on Flickr.

I love shooting their matches. It’s a great event just as a spectator and as someone with little to no previous experience shooting action sports, the challenge energizes me. It’s a challenge to follow and capture the action, it’s a challenge to get good photos using high shutter speeds in a dimly-lit community arena, it’s a challenge to process all of those photos and make them look consistent despite some corners of the oval being brighter than others. And to do it all with a camera that’s superb in almost every respect (my beloved Olympus OM-D E-M1) but isn’t a natural choice for sports photography.

But these aren’t excuses to be made for bad photos…they’re puzzles to be solved on the road to good ones. Puzzles do great things for the brain. And we learn everything from failure, don’t we? Whereas I came home from my first derby match with just a handful of OK pictures, this album contains 150 of them.

Of course, the downside of becoming more experienced is that you gain a keener eye and can see new dimensions to your ineptitude. But that’s nothing compared to the upside: what you create is shaped more by your intentions than by sheer luck. I was very pleased by the end of the second match of the night because I felt like I had found the zone and was becoming more deliberate when squeezing the shutter, waiting for focus lock and the right composition to enter my viewfinder.

That said, I think doing derby photography will always be like fishing. I just cast my line towards what I suspect is a good spot, and hope that when I look at all of my shots later on in Lightroom, I’ll find that I caught something in one of the seven or eight frames I got off.

The lighting problem at this arena led me to try something new. I processed everything a second time in the Apple Photos app after first having a go at them in Lightroom, my weapon of choice. Apple Photos, I discovered, is like Lightroom with traction control. I’m doing all of the steering and braking and accelerating (ie, making all of the choices) and Apple Photos translates those choices into a safe execution (in this case, “brighter without washing out the dark tones” and “punchier color without making everything look like a Warhol”).

I liked the results. If I had the time, I might even  have started the project all over again, from my original card files, using Apple Photos exclusively. I dunno if I’ll use Apple Photos in all of my photo work, but it did a fine job with these deliberately unexposed super-high-ISO shots. Definitely some food for thought.

Also worth thinking about: using an even higher ISO the next time. A shutter speed of at least 1/320th — and ideally 1/500th — is non-negotiable. I have a terrific lens, so I can use a super-bright f-stop of 2.8 even at full zoom. The only setting that I even have a choice with is the sensor’s sensitivity. 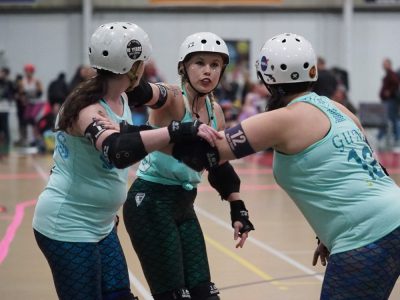 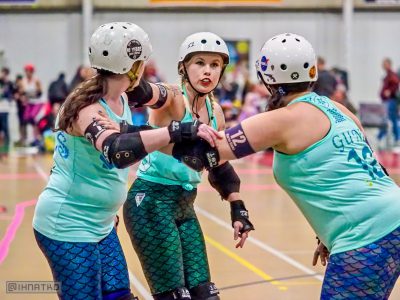 I was shooting at 6400 ISO. Even so, I was underexposing everything. But that’s okay. I can fix exposure. I can’t fix motion blur. Nonetheless, getting all of these shots ship-shape was a hell of a lot of work and now I’m wondering what would have happened if I’d shot at 12800. Which I’ve never done because that’s insane with a camera like this one.

But hey…this is sports photography, not wedding portraiture. If the skin tones aren’t deep and lively and the results look like they’ve been heavily processed, it’s part of the aesthetic. So perhaps I should hold my nose, commend my soul to God, and see what happens.

I do still have a lot to learn about color balance and color profiles. It wasn’t until this week that I realized that I’ve never investigated the question “How do you know when your photo has the correct brightness and tone adjustments?” Clearly, the answer exists. Check out any portfolio of professional photography, like National Geographic’s “Photo Of The Day.” On any screen, at almost any brightness level, the photos “read” well. Whereas many of my shots turn grayish and lose detail on a cheap screen or a dim backlight.

This isn’t just “adjusting the curves of a photo until it looks nice.” I suspect I’m missing some fundamentals, here. Time to hit the books, I guess.