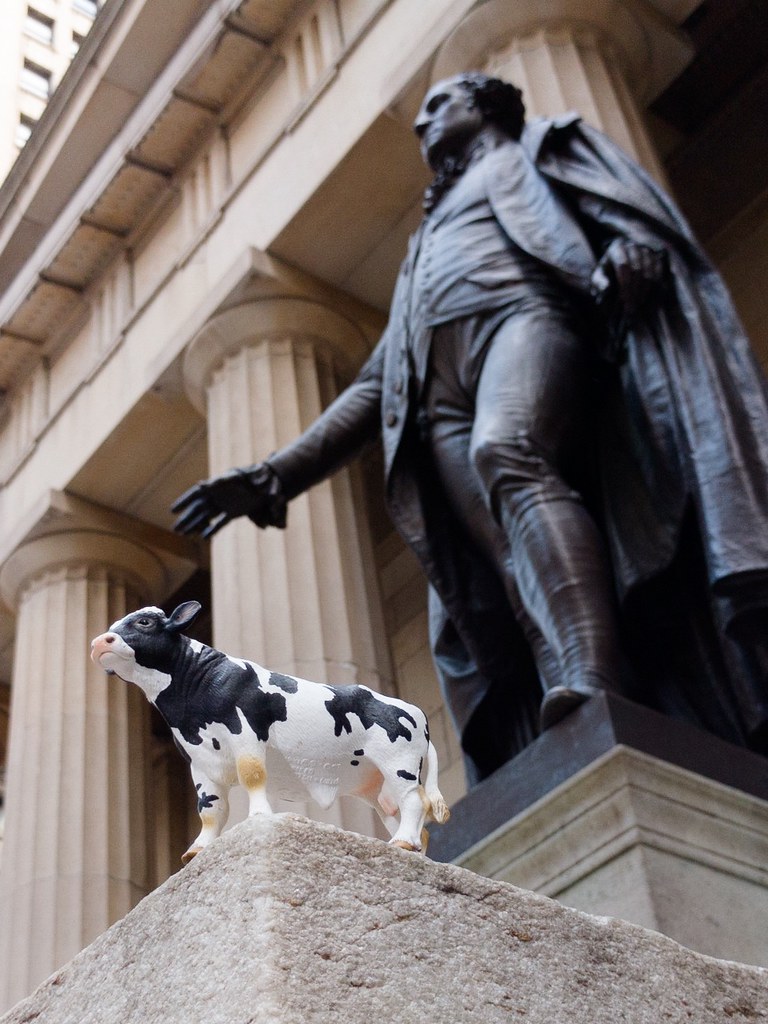 Mr. Holstein was flattered to be invited to sound the ceremonial opening bell at the New York Stock Exchange. He was slightly less-flattered when he learned that their regular bell was on the fritz and they just assumed that he would be bringing one of his own, from home, because he’s, you know, a cow.