Yesterday I took the iPad Pro out on its first Away Mission. It was typical of how I use my iPads: I had dinner plans in the city, and decided to head in several hours early and do some work inside the Boston Public Library before relocating to a Panera a couple of blocks from the restaurant. It’s enough hours that I’d like to get some work done, but not a “real” work session that compels me to haul around my MacBook.

I missed MarsEdit. This morning, I set about looking for good iOS blogging apps. The last time I did so, I didn’t find anything I liked. The WordPress webapp is much more credible on the iPad Pro than it is on even an iPad Air, thanks to the larger screen. I might wind up sticking with that.

Still, fair is fair. I’m giving the official WordPress iOS app another try. It seems okay so far. But historically, the failure points of iOS blogging apps reveal themselves after I tap “Post.” Let’s see if it formats correctly, or somehow corrupts my whole WordPress database, or otherwise causes me to doubt my faith in a kind God and a just universe.

Incidentally, apps that haven’t been updated for the new OS in general and/or the iPad Pro specifically call attention to themselves. This WordPress app merely scales the standard iPad interface way the hell up. It’s what the iPad experience is probably like to a six-year-old kid. 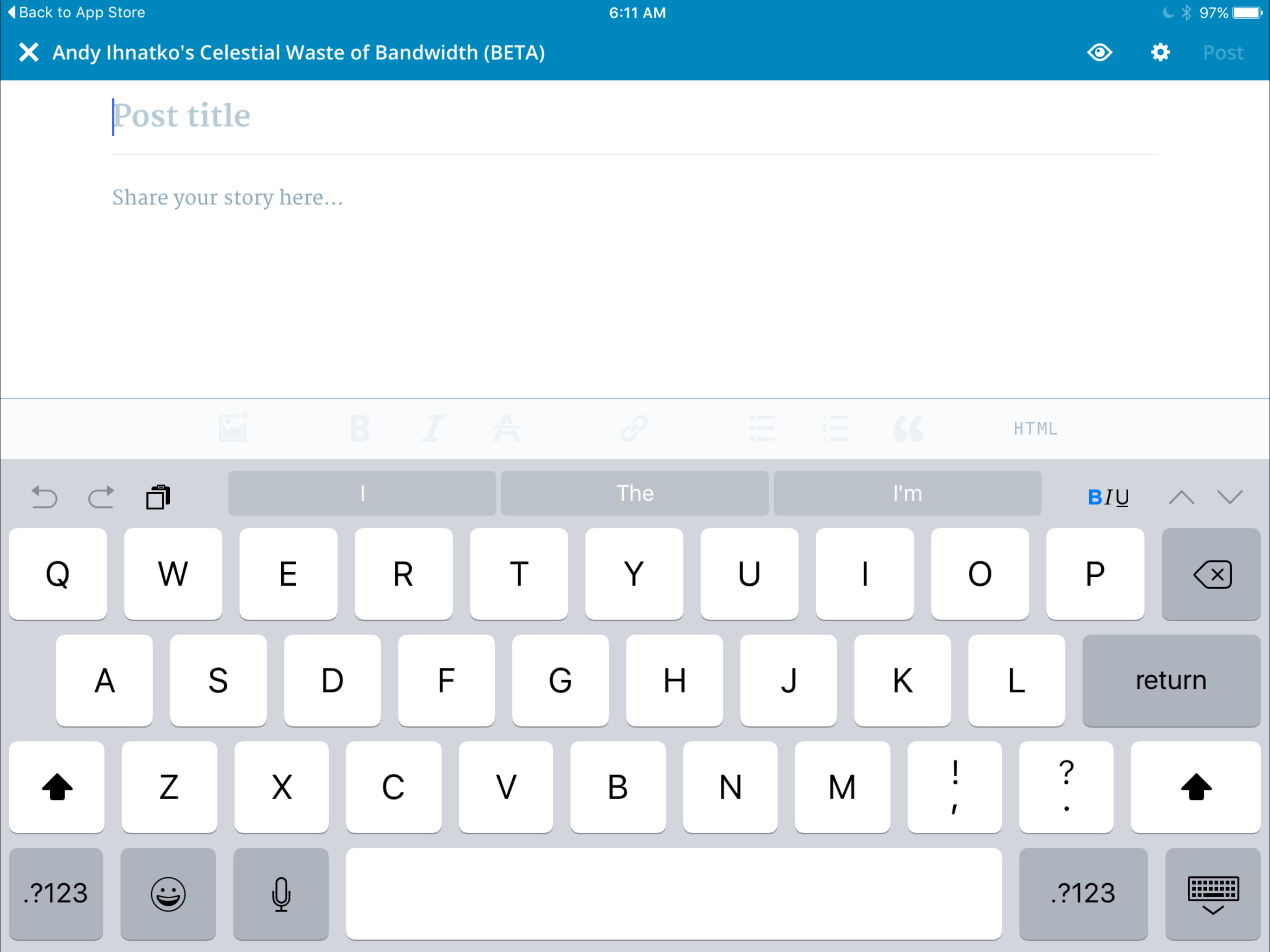