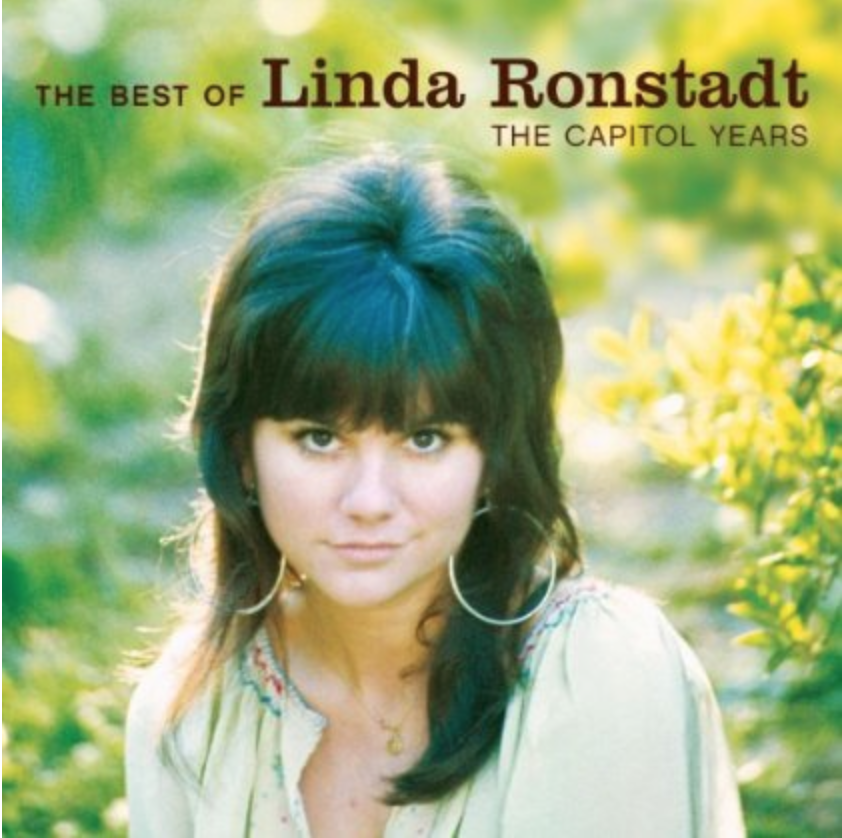 The Best Of Linda Ronstadt – The Capitol Years

Who was Linda Ronstadt, when you first met her music?

To me, she was a Broadway musical star first. She starred as Mabel in a 1980 production of “The Pirates Of Penzance” that was super-popular at the time. It certainly would have been a loud blip on the radar of a kid who was (then as now) a big Gilbert and Sullivan fan.

This was one hell of a show. It made stars out of Kevin Kline and Rex Smith…but Rex Smith is a tenor, so screw ‘im. Here’s fellow baritone Kevin Kline as The Pirate King:

If you enjoy whatever work you do today as much as Kevin Kline obviously enjoyed being the Pirate King on that stage, count your blessings. This is light comedy that invites broad performances. If you’re not having fun up there, you’re somehow doing it wrong. Kline plays his part as though he’s trying to load in as many Happy Brain Chemicals as he can while the screenplay for “Sophie’s Choice” remains in his agent’s office, unread. He’s going to be playing a deeply troubled man in a profoundly sad movie very soon.

Did I love Ronstadt as Mabel? Mmm…I liked her, certainly. It’s no reflection on her performance. At this stage of my G&S fanboydom, I’d heard several different Mabels and all of them seemed to be voices that had been trained to hit the back wall of a theater. Ronstadt’s seemed to be aimed at the front of a microphone. Later, as I became (slightly) more sophisticated, I learned to listen to the orchestra for clues to what the singer was doing. In this Central Park performance, it’s clear that the conductor is holding back the musicians during Mabel’s songs in a way that they’re clearly not for Frederick, or the Pirate King, or anybody else.

But! Again, this isn’t a slam against Ronstadt’s interpretation of Mabel’s songs. Traditionally, the voice of a Gilbert and Sullivan ingenue is a motorcycle; Ronstadt’s is a bicycle. It’s quite lovely and it still gets Mabel where she needs to go.

I became a real fan when she released “What’s New,” an album of standards that was very much the Adele “21” album of its day. You could listen to this album with your parents and your aunts and uncles and your grandparents and each age group would be thinking “Isn’t it great that this other generation is finally listening to some good music?”

What was the universal appeal of “What’s New”? Quality…apparent and gobsmacking. “What’s New” did for me what I hope Tony Bennett’s “Unplugged” album did for another group of kids ten years later. It opened up my awareness. I started thinking about exactly how much work and creativity and skill a singer has to invest in a song to create a unique performance, as opposed to just another recording. Until I made that connection, singing seemed like an obstacle course. I imagined that there was a clearly-marked path laid out for the singer in the form of words and notes, and I was scoring the singer on how few hurdles and cones he or she knocked over.

Yes, this was when I began to love Linda Ronstadt’s singing. She did another album of standards, and then an album of Mariachi music, and then some conventional pop. And in all this time, I never had more than a dim awareness that she’d had a career in the Seventies. “A career”? All right, well, she was making tens of millions of dollars a year and had landed on the cover of “Time” magazine. She did fine.

I admire creators like Linda Ronstadt who appear to be on a true journey through life. Steve Martin is another great example. There are probably plenty of people who aren’t aware that he was ever a standup comic…despite the fact that when he made the decision to quit, he still had over a year’s worth of commitments to sellout shows in arenas. Hell, there might be people who don’t even know that there was a time he was on the Letterman show to promote a movie, not to play the banjo.

The members of Monty Python are probably the masters of this sort of thing. It seems amazing that they could write and perform in something as groundbreaking as Python and have that not necessarily be the highlight of their careers. But every last one of them — apart from Graham Chapman, who arguably gets a pass because he’s been dead for thirty years — went on to do other great things. And much of it wasn’t even in the same sort of field.

(I say that they’re the true masters because they pursue diverse and divergent post-Python work and yet they retain the ability to keep cashing in on it as desired. It’s one thing to prove that you have an restless mind and a supple creativity. But instead of turning their backs on their early success, they’re happy to occasionally stick the Parrot Sketch card into any ATM and watch thousands of dollars tumble out into the tray. Good God, that’s worthy of emulation. Where do I get a card like that?)

“Heart Like A Wheel” is magnificent, and I’m sorry that I first encountered this and her other 70s work only a couple of weeks ago, while listening to a “Fresh Air” interview with Ronstadt. Ronstadt’s style was hard to quantify in the Seventies. Most of the articles I’ve been reading recently describe it as “California Rock,” which based on my own experiences with that first adjective must mean “Rock and roll, with a slice of avocado in there somewhere.”

“Heart Like A Wheel” is a very roots-ey sort of tune. It’s simple. It seems as though anyone can sing it or play it; it’s been optimized for the parlors of the 1900s. I was actually a little bit surprised to learn that the songwriter was born in 1944.

My fondness for the recording only expanded after I sampled lots of other versions, via the modern magic of music subscription services. Ronstadt’s version shrewdly omits this verse:

Any “my heart’s been broken and I don’t know what’s next” song is moody by nature. This verse sends the song right over the cliff into overblown emotional theatrics. That’s perfectly acceptable coming from an actual junior high school student. When it comes from a grownup, the song becomes different and creepier.

Note, too, that the song becomes a duet (with Emmylou Harris) after this bit:

Am I reading too much into this choice, or is this supposed to indicate that the singer is moving forward? It’s a beautiful duet but perhaps it also indicates a first step towards rejoining the world.

This recording steers completely clear of flashy, attention-hungry drama thanks to the edit, Ronstadt’s deft performance, and the simple arrangement backing it. The only outward sign of this woman’s grief, I imagine, is that she’s been stirring her coffee just a little bit longer than necessary. Ronstadt communicates these lyrics as though she’s experiencing productive grief. Grief is productive if it’s a process that delivers perspective and ultimately ends with our coping with a painful development. Other recordings of this same song make grief sound like a new lifestyle. (Bad.)

Preview “Heart Like A Wheel” on the Amazon MP3 Store. Anything you buy on Amazon.com during that visit will result in my receiving a small kickback in the form of store credits, which I promise to spend on heroically silly things. So thanks for clicking!

And if you’ve some added time to kill, go ahead and check out previous seasons of my Amazon Advent Calendar picks under this link.