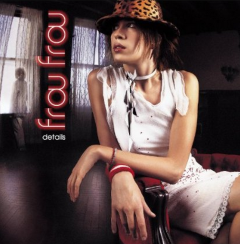 The Dumbing Down Of Love

Apparently, I own an Imogen Heap song.

This is news to me. I had no idea until just now, when I did a quick search for background info on this track and this album.

And it’s not bad news, I stress. It’s sort of like discovering as an adult that one of my great-great-grandparents was Japanese. Several times in my life — notably, every first day with a new homeroom teacher in school — people have reacted to my last name by asking “Oh, are you Asian?” and I’ve said no. Because as far as I know, my heritage is 100% European.

(Wait, no, I’m catching myself in another unintentional lie: I keep forgetting that Russia is technically part of Asia, and that there’s a chance that my father’s family comes from a land slightly more east than what we commonly understand to be the case.)

This music post is getting very, very creaky. All I’m saying is that it’s an odd feeling to have a certain longterm, unquestioned understanding and then discover that whoops, no, that’s not the truth. You feel as though you’ve been set slightly adrift and now you need to make a mental adjustment before your grip on reality is back to what it once was.

If I’ve spent so many years under the delusion that I don’t own an Imogen Heap recording, who’s to say that I haven’t been mixing up Al Pacino and Robert DeNiro all this time as well? It’s a thought that tends to sit there and fester.

I’ve always liked Imogen Heap. More precisely: “Imogen Heap.” It’s a great name. I kind of hope that it’s a stage name because if so, it indicates that her creative powers are by no means inconsequential and that hers is a career worth keeping a close eye on. Alas, no less a source than Wikipedia pronounces that this is her birth name. “It sounds like something from a Dickens novel,” I was about to write. Now I see that she was born in East London, where such names are locally grown.

And just after writing that, I find myself dealing with another example of the ground shifting under my feet: Charles Dickens suddenly seems just a teensy bit less clever to me. I’d never made that connection before. Have I been giving him too much credit for all of those wonderful character names? Is it possible that Ebenezer Scrooge was just a mashup of the names of his mailman and a friend of his wife?

Crap! I was just expressing an idle thought there, but it turns out I almost exactly right:

Dickens was in the capital to deliver a lecture to an audience of Edinburgh notables. He was wandering the city, killing time before the talk, when he visited the Canongate Kirk graveyard.

There, as revealed by his diaries, he saw a memorial slab which read: “Ebenezer Lennox Scroggie – meal man”. The description referred to his main trade as a corn merchant. However, the author mistakenly translated it as “mean man”.

Though he was shocked by the description, it gave him food for thought and two years later, art imitated life – or so the author believed.

I hardly know what to think about anything any more. Do I still like Macs, even? In my favorite photo of myself and my Dad that I keep on my mantle, does his smile suddenly seem a little forced?”

I think I’m going to just go out for a drive or something. Maybe if I pass by a graveyard I’ll take a walk and get a great idea for a book. Because I guess that’s all it takes to write a timeless classic.

Oh, right, “The Dumbing Down Of Love.” Good stuff. You should definitely give it a listen. It’s another slow and thoughtful tune, performed with great care. I love what Sigsworth did to her voice, too. It’s electronic processing as a form of seasoning: used sparingly and strategically to support and enhance something that’s already very good, and not to just cover up the weaknesses of an inferior product.

I love playlists because of the added power that certain songs can have when they’re played in a certain context. “The Dumbing Down Of Love” is one of the highlights of (among others) my “Night Drive” music. When it’s 11 PM and I’m not going to be home for another hour and I know I don’t want to listen to podcasts and be distracted from my thoughts, a tune like this is the perfect accompaniment to whatever ideas I’m processing. And it’s a solid soundtrack to the sight of headlights pooling over flickering blacktop.

Preview “The Dumbing Down Of Love” on the Amazon MP3 Store. Anything you buy on Amazon.com during that visit will result in my receiving a small kickback in the form of store credits, which I promise to spend on heroically silly things. So thanks for clicking!

And if you’ve some added time to kill, go ahead and check out previous seasons of my Amazon Advent Calendar picks under this link.